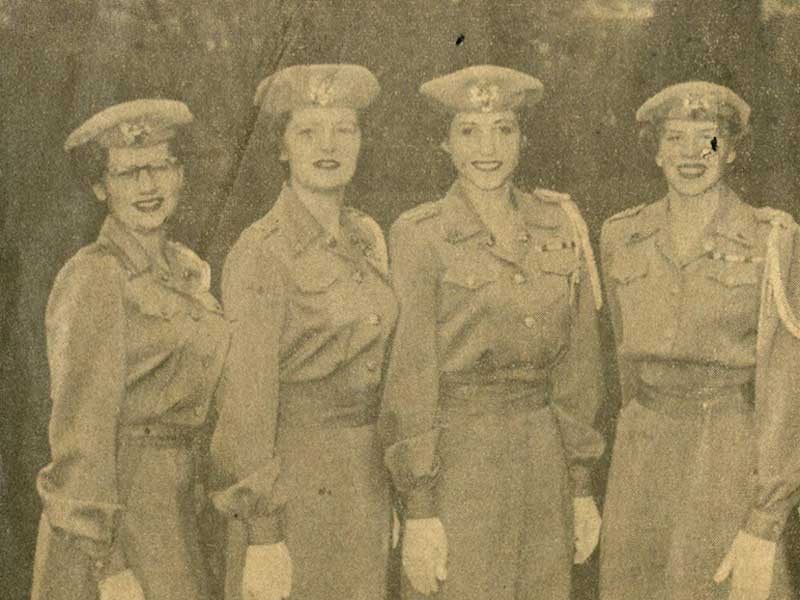 The Sponsor Corps at UAC was born when a group of young women began to attend drill and ceremony practice intended for the male cadets. Photo courtesy of USU Special Collections and Archives.

Since its earliest days, women at Utah State University have had a huge impact on the cultural, scientific, economic, and social fabric of the institution. The Year of the Woman shares these critical voices simply because their stories matter. The first of a two-part series, this story highlights the "then" history of women in the military at USU, whiile next week will highlight the "now" involvement of women in the military.

The creation of Utah State University was a result of the Morrill Land Grant Act of 1862. An amendment of the act specified that military science and tactics would be one of the subjects taught at land-grant colleges, thus, Utah Agricultural College developed a military training program in 1892, two years after it opened its doors. Participation in military drill was required for both and men and women, although, the catalog listing said that a young woman could “be excused by request of their parents.” In 1893, compulsory drill for women was dropped in favor of a more “genteel kind of P.E.” called Physical Culture.

Sponsor Corps
Women did not participate in any military drill again until 1921 with the creation of the Sponsor Corps. In “West Point of the West: A History of the Department Military Science at Utah State University,” by Shawn Alan Harris, he writes that the Sponsor Corps is the “first know association of female auxiliaries to the military training programs in the nation” (pg. 53).

The Sponsor Corps was born when a group of young women began to attend drill and ceremony practice intended for the male cadets. The Sponsors received honorary cadet rankings, as women were not allowed to be named official cadets. They quickly became an integral part of the ROTC program as they fostered interest in the newly formed Cadet Battalion and took the lead in the planning and hosting of social functions for the ROTC. The Sponsors were also active in fundraising. Frequent fundraising activities included fashion shows and beauty pageants.

While we may not find great accomplishment in the planning of social engagements and fundraising in the 21st century, the Sponsor Corps was one of the first female auxiliaries to exist in the military outside of nursing.

The popularity of the Sponsor Corp grew during WWII as the group began to be associated with patriotic duty. As the Sponsor Corps grew in numbers and skill, they began to participate in drill and precision competitions nationwide. One such competition was the Cherry Blossom Festival in Washington D.C. The girls first competed in 1957, taking 10th place out of 36 teams, an honor they were happy to accept as they were the first female group to compete in this competition. In the following years, more female drill groups participated in the competition. USU consistently took first place in the female competition and rank among the top 10 among the men’s groups in the years that followed.
Wartime at USAC

War opened opportunities for women to become more involved in military efforts. In February 1942, Utah State Agricultural College announced that they would open Defense Courses to include the participation of female students. In an article in the March 12, 1942 Herald Journal, Dean of Engineering George D. Clyde said “The national effort in the present war will call for women mechanics. Thus, the college is doing its part in preparing for this situation.” Defense training included aircraft mechanics, welding, metal finishing, blacksmithing, and radio repair. Women were also encouraged to serve in clerical positions to “free a man to fight.”

According to the “Encyclopedic History of Utah State University” by Robert Parson, many female students “left college after 1942 to make a more personal contribution to the war effort” (48). Women took jobs with airlines, local organizations like Hill Air Force Base in Ogden, took up clerical work, mechanical work, and work for the Red Cross. While we know that there were women that participated in other military efforts besides nursing, clerical work, and mechanical jobs, it was uncommon and their stories are often difficult to recover.
Following the war, women were often expected to return to their pre-war lifestyles, though not all did.

Post-War Utah State Agricultural College
Mandatory drill was discontinued in the mid-1950s and enrollment in the ROTC dropped significantly, but women continued to actively participate. In fact, there was such high female participation that Utah State welcomed an additional female auxiliary in 1963, the Angel Flight.

In the 1964 Buzzer, the Angel Flight was praised for their accomplishments. The yearbook says, “The efficiency and precision of the Angel Flight organization was remarkable in that this group is only in its second year at Utah State. Partly because of the nature of the program, and partly as a result of the basic Angel Flight training, the Air Force was able to mold them into an effective unit. Their projects included ushering at several campus functions, and donating their time to the Red Cross.”

In 1970, women were at last able to join the ROTC as official cadets. Since then, Utah State has seen many women participate in the ROTC program and become commissioned members of the military. We are proud of the legacy of the women who paved the way for women to participate in the capacities that they do today. 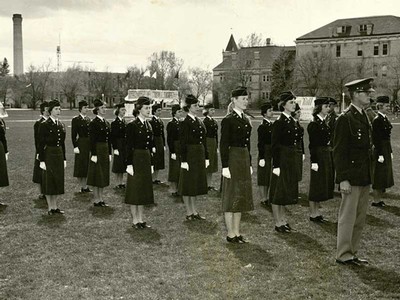 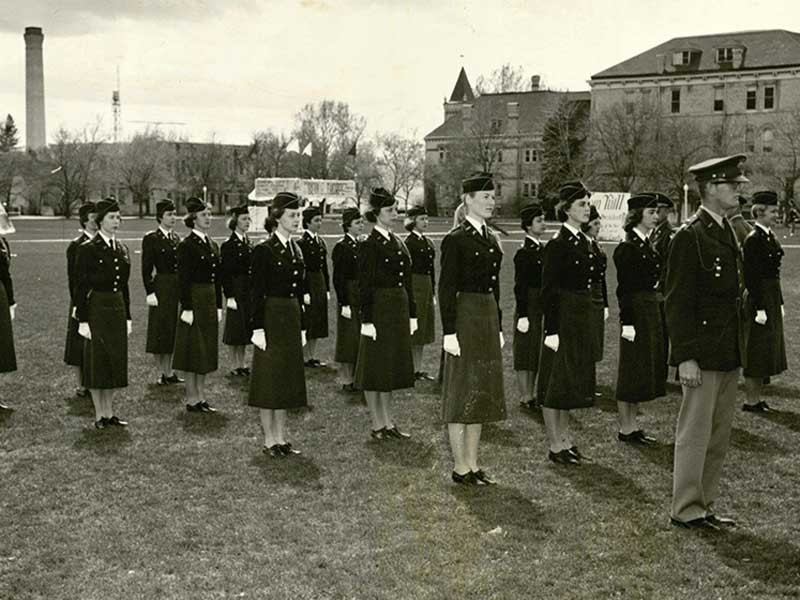 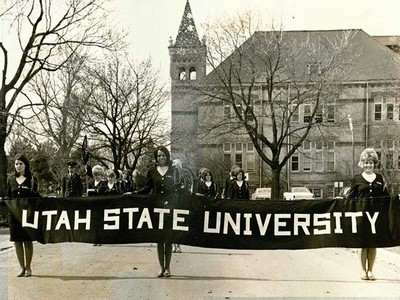 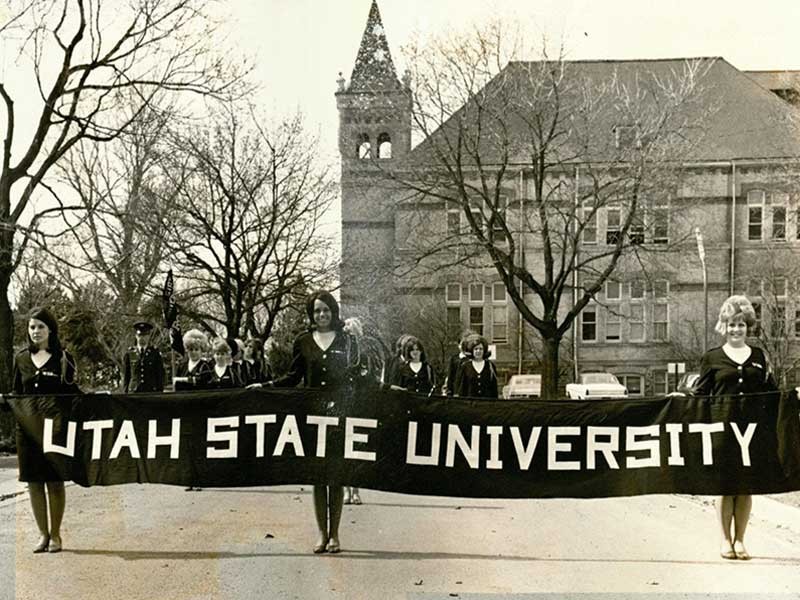 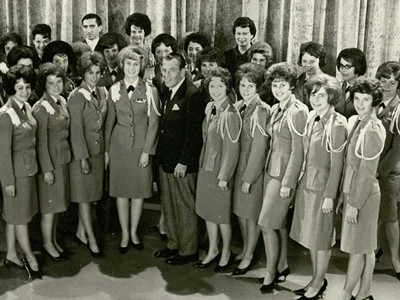 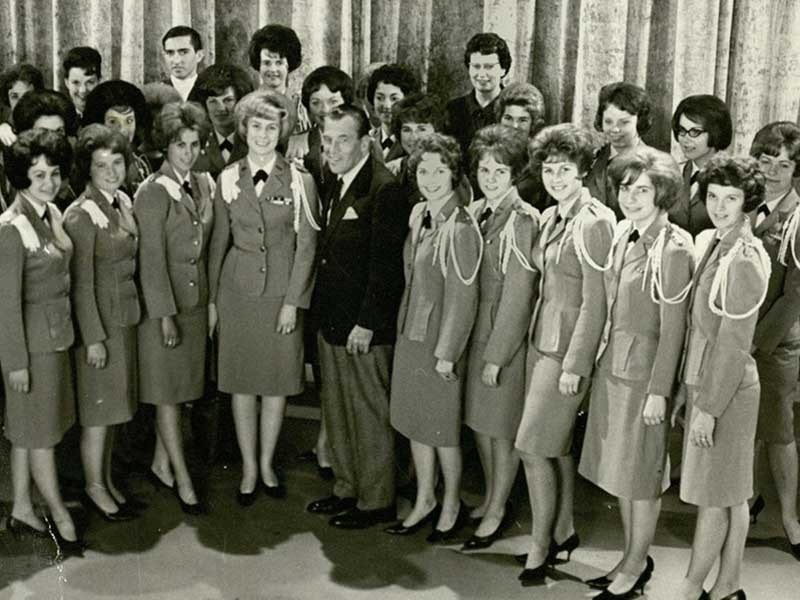 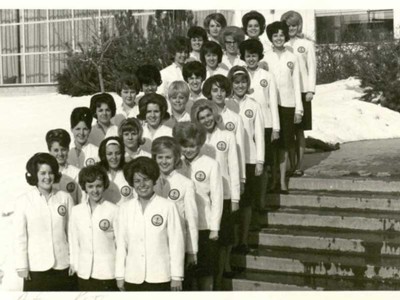 Utah State welcomed an additional female auxiliary in 1963, the Angel Flight, pictured here on the steps of the Student Union Building in the late 1960s. Photo courtesy of USU Special Collections and Archives. 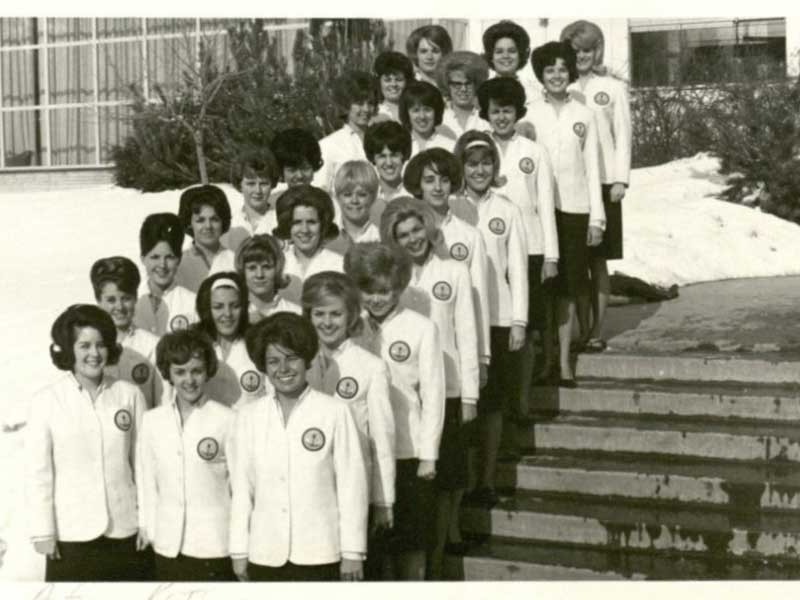 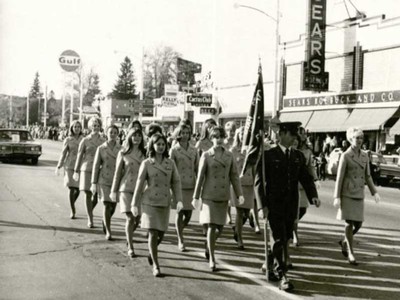 Angel Flight members marching in a parade on Main Street in Logan circa 1970s. 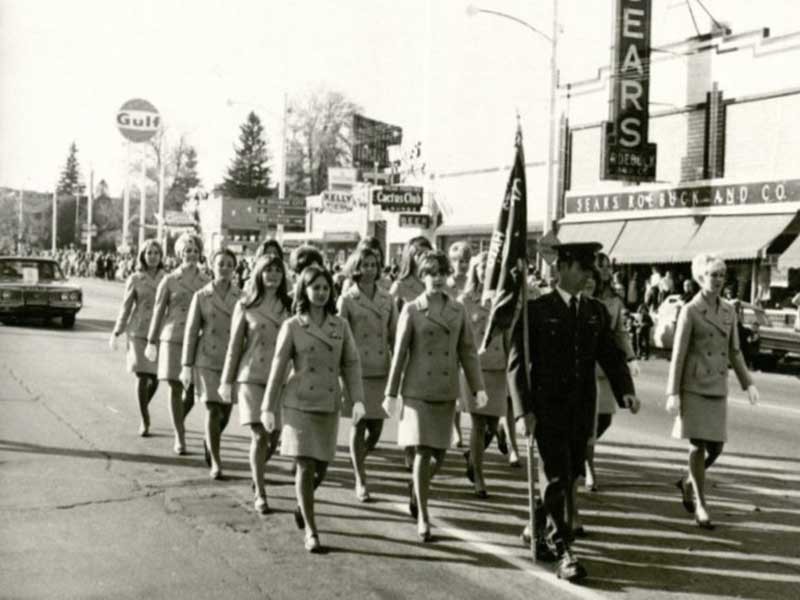