The mission of the Utah Women & Leadership Project is to strengthen the impact of Utah girls and women. We serve Utah and its residents by 1) producing relevant, trustworthy, and applicable research; 2) creating and gathering valuable resources; and 3) convening trainings and events that inform, inspire, and ignite growth and change for all Utahns.

The seeds for the Utah Women & Leadership Project (UWLP) were sown in 2008 when Utah’s Commissioner of Higher Education, Bill Sederberg, and Assistant Commissioner, Lucille Stoddard, approached Dr. Susan R. Madsen about the troubling status of women and education within the state of Utah. This conversation led to the creation of the “one-year” Utah Women and Education Project (UWEP) in 2009, a major research endeavor focused on increasing the rates of women attending and graduating from college.

By 2011, it became clear that a more organized effort was needed to assist Utah in moving forward with a social change movement. Thus, in addition to UWEP, the Utah Women’s College Task Force was formed by the Commissioner’s Office in conjunction with the Utah Governor’s Office. At this point, it expanded from a Utah Valley University project to a statewide effort supported by institutions of higher learning, business leaders, and the highest offices of state government. From this task force came the Utah Women and Education Initiative (a name change from UWEP), an organizational hub for coordinated social change efforts that was supported/sponsored by a variety of institutions across many different fields.

Because the research and resources were so important, Dr. Susan R. Madsen remained focused on this work and took the leadership of the Initiative back in 2012. Responding to requests for research on women’s leadership in Utah, Madsen also started the Utah Women & Leadership Project (UWLP) in 2013 and combined the two initiatives formally in 2016. Up to this point the work was conducted primarily by Dr. Madsen, a student, and some volunteers, outside of her paid employment as the Orin R. Professor of Leadership and Ethics in the Woodbury School of Business. Then, in 2016, Robbyn Scribner joined the team as a researcher and became the UWLP Assistant Director from 2018-2020; a full-time coordinator position was also added to further support the UWLP. Hence, with support from key UVU administrators, community supporters, and many donors, Madsen’s statewide projects have extended in scope and reach to promote women of all ages and now incorporate the importance of leadership as well as education. Over the past decade, Dr. Madsen and her team have hosted a host of events and gatherings; produced and published scores of research briefs, snapshots, and resources; and connected thousands of women to the ideas, information, and inspiration they need to move forward with their own education and leadership goals.

In 2020, the Project moved to Utah State University (USU). Dr. Madsen was hired as the Inaugural Karen Haight Huntsman Endowed Professor of Leadership in the Jon M. Huntsman School of Business, with a segment of her role designated for working with Extension. Kylie Downs also joined on July 1, 2020 as the Project’s assistant. In 2021, two new full-time positions were funded through a Utah legislative allocation. On June 1, 2021, Marin Christensen join the team as the Associate Director and Angie Kleven as the Statewide Community Outreach Manager. The UWLP’s mission has now expanded and deepened through its partnership with Utah’s only land-grant institution tasked with statewide impact. Read a full mission and history for the UWLP. 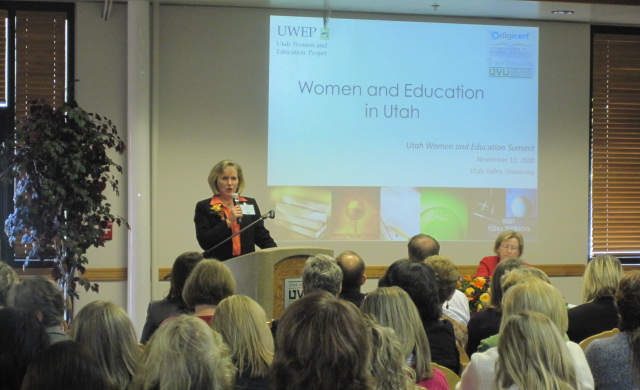 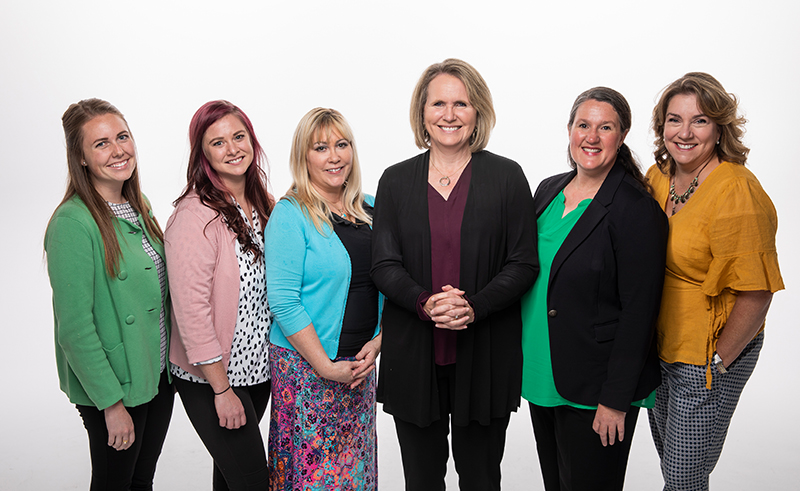