Why Do We Need More Women Leaders in Utah

Research has shown that most managers and top leadership teams do not fully realize the value of having women in key positions, and this is the case across all sectors, including business, government, political, nonprofit, K-12 and higher education, religious, and community. Depending on the entity, this may include women in both paid and unpaid roles ranging from positions such as supervisor, coordinator, and manager, to school principal, council member, CEO, and board director. Organizations will increasingly thrive when both men and women hold management and leadership roles. This is true for organizations in the U.S. and around the world, and it is also true for organizations in Utah. Gender inclusivity benefits not only businesses, but also entities such as churches, state legislatures, and city councils.

A series of recent studies has shown that organizations that have more women in management and on boards, on average, attain better financial results than do other organizations. For example, according to a recent Catalyst Information Center report, Why Diversity Matters, a 2011 study found that “companies with the most women board directors outperformed those with the least on return on sales (ROS) by 16 percent and return on invested capital (ROIC) by 26 percent.” In 2012, Bloomberg published a large study (2,360 companies) conducted by the Credit Suisse Research Institute, which found that “companies with a market capitalization of more than $10 billion and with women board members outperformed comparable businesses with all-male boards by 26 percent worldwide.”  A number of other recent studies have also found that companies of various sizes with “more women directors actually rank higher on various performance measures than other boards” and that there are “positive correlations between gender diversity on boards and improvements in corporate governance and financial performance.”

Women leaders tend to look more carefully at issues of fairness in policies and practices for all employees. A Chinese study found that boards with higher numbers of women were less likely to violate security regulations and to commit fraud. This study concluded that female board members appeared to contribute to reduced groupthink, better board independence, and improved monitoring. Additional studies have confirmed these findings in other countries and contexts.

Research clearly shows that CSR activities have a positive impact on an organization’s reputation, and as the authors of one report stated, “Companies viewed as ethical or good corporate citizens were more likely to have more women board directors than companies without those reputations.” Internal culture and practices can strengthen organizational reputation. For example, gender-diverse leadership teams and boards have been found to improve corporate reputation. Another study found that having women on boards was clearly connected to a number of key social performance indicators linked to both internal and external reputation (e.g., community, corporate governance, diversity, employee relations, environment, human rights, and product-related social issues).

Women tend to exhibit different leadership characteristics and attributes than men. These are not necessarily better or worse, merely different. Sometimes male attributes are needed; sometimes female attributes are preferred, and often both sets of attributes can add value to a situation, strategy, or effort. One scholar noted that female attributes are particularly valued in today’s economy because of the fast changing global environment, which includes cultural diversity and social, political, and economic uncertainty.

Studies continue to report that diverse and inclusive leadership teams produce more creative and innovative results. Scientific American article “How Diversity Makes Us Smarter,” based on decades of research from organizational scientists, psychologists, sociologists, economists, and demographers, states: “The fact is that if you want to build teams or organizations capable of innovating, you need diversity. Diversity enhances creativity. It encourages the search for novel information and perspectives, leading to better decision making and problem solving. Diversity can improve the bottom line of companies and lead to unfettered discoveries and breakthrough innovations. Even simply being exposed to diversity can change the way you think.”

To learn more about Why Do We Need More Women Leaders in Utah read the entire brief. 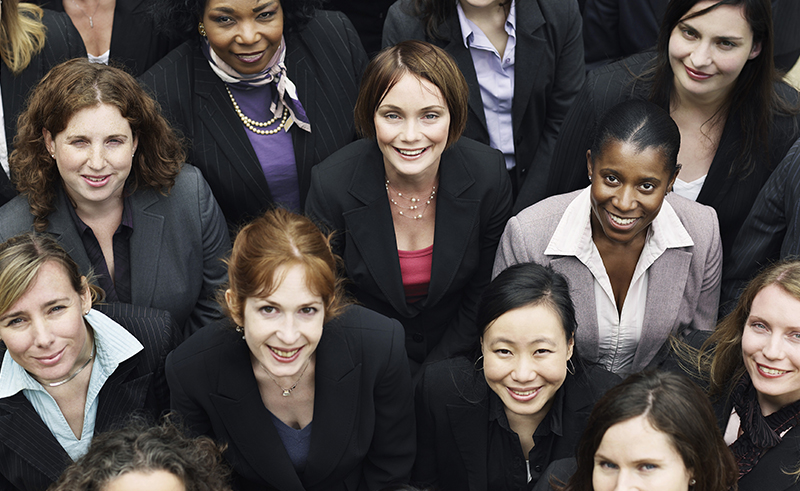