The Status of Women Leaders in Government – State of Utah

Organizations increasingly thrive when both men and women hold leadership roles and work together. Gender inclusivity in leadership benefits not only Utah’s businesses, but also its government organizations, such as state legislatures, city councils, and state and local bureaucracies. Recent events underscore the need for government—and democratic governance processes in general—to demand diversity at all levels.

American democracy is based on the concept of representation. Governments mirror this idea by encouraging agencies to employ a workforce that shares the demographic characteristics of the community it serves. This is known as representative bureaucracy. It is based on the idea that people are shaped by their social experiences and that, as a result, the social experiences of the government’s workforce matter. This is true at all levels of government in Utah, including the municipal, county, and state levels.

Yet, research has shown that Utah’s socially conservative culture reinforces gender-based expectations and that those expectations play out in the experiences of Utah’s women leaders. Utah is one of the nation’s most religiously homogenous states, and while less than half (41.6%) of Utahns identify as active in The Church of Jesus Christ of Latter-day Saints, the tenets and doctrines of the faith greatly influence Utahns’ daily lives. Further, genderbased role expectations are not confined to the religious or personal spheres; instead, they permeate broadly throughout Utah’s culture and influence the career experiences of the entire state’s workforce. Yet, amidst the strong influence of traditional cultural norms and expectations, there has been slight progress in terms of gender parity on some fronts and sectors in the state (see previous research briefs and snapshots). Acknowledging this context sets the stage for exploring how gender-based expectations may impact women in Utah government.

To determine how reflective Utah’s government organizations are of the communities they serve, Utah Women & Leadership Project researchers undertook a groundbreaking study of women in leadership positions at the state level of government. The question asked was “How are women represented in formal leadership roles within governments in Utah?” The goal was to document a baseline of the number of women in leadership roles that could be used in the future to learn where progress has been made.

Overall, 39.3% of supervisory, managerial, and leadership positions in the State of Utah government are held by women. According to a 2016 report from the Council of State Governments, women in state governments comprised 32.2% of positions that included major policy-making responsibilities. Women of color were more rare, comprising just 6.3% of all department heads and top advisers in governor’s offices. Research by The Center for Women in Government and Civil Society echoed these findings in 2006, indicating that women held 32.2% of state government leadership positions within the executive branch, and 24.7% overall (including state legislative and judicial branches of government) in 2006. A more current number is offered by Governing.com, which cites that in 2017, women held 23% of leadership roles at the state and local levels. However, the figure likely reflects only top-level leadership roles. Overall, we did not find recent state or national data with which to compare our Utah findings.

National and global researchers have discussed the leaky leadership “pipeline,” where comparable numbers of men and women start as front-line employees, yet as they progress through the leadership ranks, there are fewer and fewer women, particularly women of color. The problem is not simply the overall numbers of women in the public sector workforce; it is how those numbers are spread across the different levels of leadership. The data for Utah show its workforce has 47.95% women and 52.05% men. While women make up almost half of the state’s government workforce, their representation in leadership roles varies. Women comprise 41.2% of front-line leadership positions yet only 28.8% of senior leadership roles. Moving to higher leadership levels, women comprise 37.4% of executive leadership positions and 27.1% of cabinet-level roles. Overall, these trends support the notion that women are less likely to become leaders in Utah State Government than men are.

To put the Utah data in perspective, national employment data for the public sector from 2013 reflect highly gendered leadership, with men holding a significant majority (70%) of executive leadership positions. Similar numbers were found in 2004 research on state workers in Florida, which showed that women held 34.1% of upper-management positions. Other research in 2006 by the Center for Women in Government and Civil Society shows that women comprised 29.7% of department heads (executive level) and 41.0% of top advisors in governors’ offices (cabinet level). In their research, Utah ranked 31st on the total percentage (21.9%) of women policy leadership positions in state executive, legislative, and judicial branches. However, because there are no recent comparable data, we are not certain where Utah ranks in 2020 with other states or with the national government.

Although these data are somewhat encouraging compared to other sectors in Utah, a more intentional effort is needed to achieve gender diversity in Utah’s state government agencies. By looking more closely at women’s representation in leadership positions, we can see where the state is doing well and where there are opportunities to improve. It is particularly important, perhaps now more than ever, that our government organizations better reflect the diversity of our communities.

The current research shows that state agencies that oversee distributive and administrative functions have high levels of gender-based separation. The demographic makeup of agency employees impacts far-reaching decisions. Diversifying the state’s workforce would provide a greater range of perspectives for identifying and implementing policy—and for solving complex problems. State government leaders have begun to implement strategies to diversify leadership; however, there remain opportunities for improvement. We offer the following eight recommendations:

Overall, we found higher percentages of women in leadership roles at the front-line level, in agencies that are considered redistributive, and in larger agencies with higher budgets. While the overall numbers would suggest that the State of Utah is doing reasonably well regarding the advancement of women, it deceptively hides the lack of advancement opportunities of women in non-traditional areas.

Understanding the relationship between gender and those who are in positions to influence agenda-setting strategies and public policy can translate into behavior-changing actions. Identifying and mitigating persistent challenges and barriers clears the way for enhanced opportunities for women’s equal representation across state agencies and leadership levels. This shift will benefit not only women and government organizations, but also families, communities, and the state as a whole.

To learn more about The Status of Women Leaders in Government in the State of Utah, read the full brief. 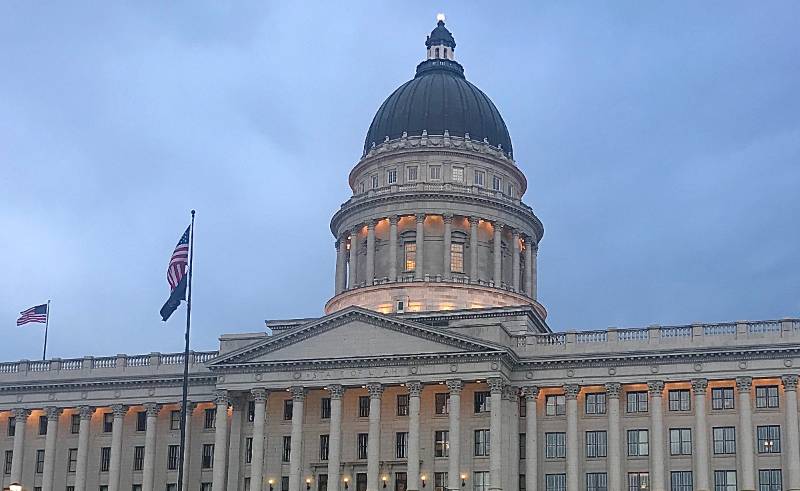