The gender wage gap is the difference between what women and men earn for performing full-time, year-round paid work. Nationally, women earn 16–18% less than men. Although the gap has substantially narrowed from 41% when the Equal Pay Act was passed in 1963, varying reports estimate that, depending on the rate of change, it may take anywhere from 40 to 130 years to close the gap. Estimates suggest that over a 40-year career, the wage gap can amount to a lifetime earnings deficit of $80k to $800k. In Utah, women earn approximately 30% less than men, ranking close to last in most state comparisons, which is consistent with what we reported in 2017. With approximately 60% of women over age 16 participating in the labor force, this topic is highly relevant for Utah. Closing the gender wage gap will strengthen economic stability and prosperity for families, communities, and the state. This update is from a 2017 report, and focuses on three main areas:

In 2021, the US wage gap is that women earn about 82% (or 18% less) of what men earn. Multiple factors influence the gap, including occupational segregation, structural dynamics of the labor market, human capital or productivity factors, and gender discrimination and bias. Socialized cultural norms and attitudes also interact with these factors and affect women’s educational, career, and work-life choices.

During the COVID-19 pandemic, occupations and industries that women dominate were disproportionately impacted by layoffs, furloughs, and potential exposure to the virus. In addition, because women do more unpaid care work than men, women were more likely to take unpaid leave or to leave the workforce altogether when schools, daycare, and other care options closed. These circumstances may end up widening the wage gap in future years as breaks in labor force participation affect experience, skill development, and earnings (e.g., the wage gap is smaller for older women who have worked continuously). More generally, career breaks related to caregiving affect pay (particularly for low to middle earners) and other factors related to career success, such as discrimination or how employers perceive women’s competence and commitment. Conversely, working fathers do not typically experience such setbacks and often experience benefits from parental status. These examples demonstrate just a few of the ways that women’s work-related options and decisions are influenced by structural barriers and cultural norms that can have long-term ramifications.

The Wage Gap in Utah

Utah has one of the largest gender wage gaps in the nation: women earn about 70% (or 30% less) of what men earn, which is consistent with what we reported in 2017 (70–71%). The gap is even more pronounced for certain racial/ethnic groups. These disparities persist despite Utah’s comparatively strong middle class.

In a recent statewide poll, Utah women identified low wages and gender role expectations as their two main challenges; many also perceived their status to be lower than men’s in the state. A national study ranked Utah as the second most sexist state and another found that sexist attitudes are associated with lower pay for women. Unconscious, socialized norms and biases may influence employers’ hiring, pay, and promotion decisions in ways that perpetuate the gender wage gap; they may also impact women’s educational and occupational decisions. Again, these norms and biases are compounded for women of color and other marginalized groups or identities.

Whether Utah women work by preference or out of necessity, whether part time or full time, wage parity is critical. Governor Cox’s One Utah Roadmap calls on Utah to “improve life outcomes for people with historically and systemically less access to opportunity, including women” and identified narrowing the gender wage gap as an important course of action. To ensure Utah’s vibrant economic future, it is critical to extend the prosperity and opportunity many Utahns enjoy to everyone. This will come, in part, through concerted efforts by many stakeholders— including educators, employers, legislators, religious leaders, and individuals—to close the gender wage gap.

As one set of researchers noted, “When a phenomenon, such as the wage gap, can be explained by various factors, it does not mean the phenomenon doesn’t exist. In fact, those explanations are the exact factors to look at when identifying interventions.” Actions to remove equal pay barriers will improve the lives of Utah’s women, their families, and the economic wellbeing of all.

To learn more about the gender wage gap in Utah, read the whole snapshot. 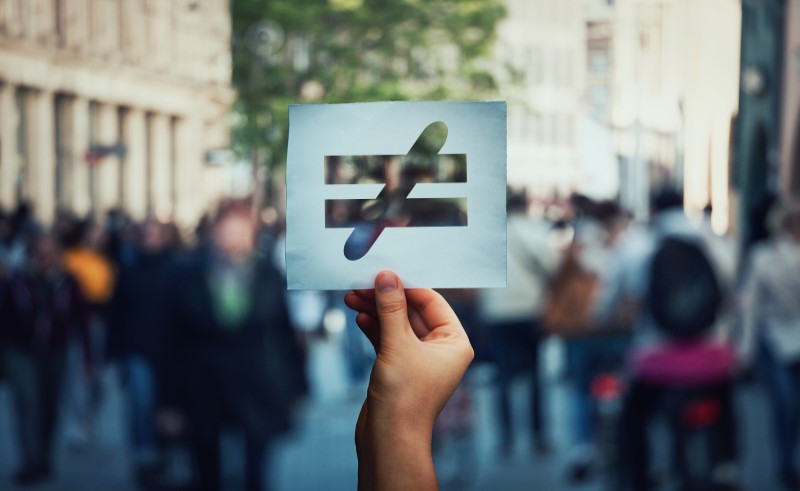