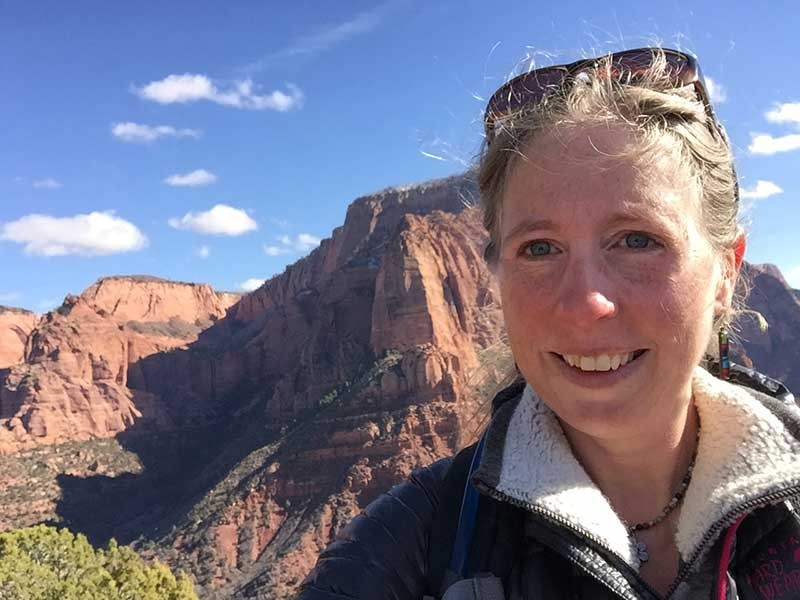 “An arroyo is an entrenched river, like a canyon cut into sediment,” says Rittenour, associate professor in the Department of Geosciences and the USU Ecology Center. “The flat-bottomed, steep-walled channels are similar to a gully or a gulch, but much larger. You can’t jump across an arroyo.”

Arroyos form from bouts of rapid, decadal-scale incision (“cutting”), followed by much slower, centennial-scale aggradation or “filling” periods. The most recent cutting episode in Utah occurred in the late 19th century near Kanab. Known as “The Great Washout,” the catastrophic flood on Kanab Creek in 1883 took out water supply dams and farmland, destroyed homes and drowned livestock, carving a gaping, muddy gash through an early Mormon settlement near the Utah-Arizona border.

“This event and others like it that occurred around the same time in this region were frighteningly disruptive,” Rittenour says. “Inhabitants of these communities must have thought Doomsday was coming.”

For the past eight years, Rittenour and her students have meticulously studied the products of these cut/fill cycles, exploring varied hypotheses, including climate change and human-driven impacts, to explain the geologic phenomenon. The NSF grant ended after five years and a one-year extension, but Rittenour’s research efforts continue to yield data, research opportunities and papers in high-profile publications.

To date, Rittenour, her colleagues and the seven students she mentored have published nine papers and made more than 40 presentations related to the research, including recent online and in-press papers in Geology and the GSA Bulletin.

In 2018, Rittenour was named a Geological Society of America Fellow and awarded the GSA’s Kirk Bryan Award for Excellent in Quaternary Geology/Geomorphology. With the CAREER grant-funded efforts wrapping up, she is currently pursuing research with two additional NSF grants, both from the foundation’s Division of Earth Sciences, awarded in 2017 and 2019, respectively.

“These awards are three-year, collaborative grants with other institutions,” she says. “The 2017 grant supports a project to quantify landscape response to tectonic processes in southern Taiwan. The 2019 grant supports research in Sicily, investigating how the island’s uplift and glacial sea level change are recorded in the sedimentary record.”

Both Taiwan and Sicily emerged from the sea. Taiwan formed as the sea floor was thrust skyward by the collision of the Philippine Sea and Eurasian Plates. Sicily, home to the active stratovolcano, Mount Etna, is the product of colliding Eurasian and African plates.

Taiwan’s volatile tectonics and weather present a challenge for field work, Rittenour says, though the geologically young island is “a perfect place to study geology in an attainable window.”

“You can see geologic processes happening at an accelerated rate,” she says. “We aim to characterize and quantify rates of river incision and landsliding, in order to better understand the natural hazards of the area.”

Sicily, on the other hand, offers a longer periods of record for observation.

“In comparison to Taiwan, Sicily has more well-preserved stratigraphy, which allows us more opportunities to collect sediment for dating,” says Rittenour, who serves as director of the USU Luminescence Laboratory, one of relatively few optically stimulated luminescence (OSL) labs throughout the world.

As with the arroyos of Utah, Rittenour’s new research sites afford further glimpses into powerful forces shaping the Earth, along with enticing research opportunities for students.

“Piecing together data – grain of sediment by grain – we’re exploring the timing of geologic processes,” she says. “And mapping out stories of a restless planet.”

Rittenour is among a wide network of land, air and water researchers at USU, currently spotlighted by the #USUResearchLandscapes program. Learn more about the program and its public presentations at the Research Landscapes website. 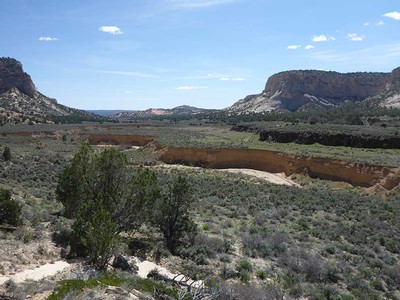 Johnson Wash, near Kanab, Utah, is among the arroyos USU geoscientist Tammy Rittenour and her students studied during Rittenour's NSF CAREER grant-funded project. The arroyo’s steep walls and flat bottom were formed by flooding in the 1880s. 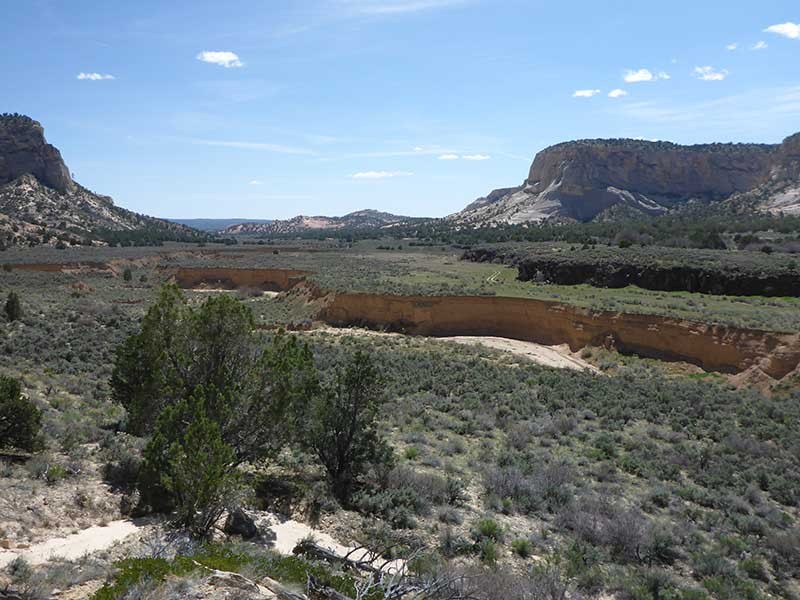