Are you Big Blue? Probably not, however, you may not have known that Utah State's mascot has some deep history.

In 1987 Big Blue got a second life when Student Athletics Vice President John Mortensen decided that Utah State should still have a mascot and spent $750 on a costume for Big Blue. The costume was somewhat of a disappointment because it was royal blue, not navy, had real animal horns, and was not easy to move around in.

Big Blue took another backseat for two seasons until 1989 when a student pestered the cheerleading advisor to let him be the mascot. Big Blue was the name and since then there have been six Big Blues, four of which have gone on to become professional mascots and all of which remain anonymous. 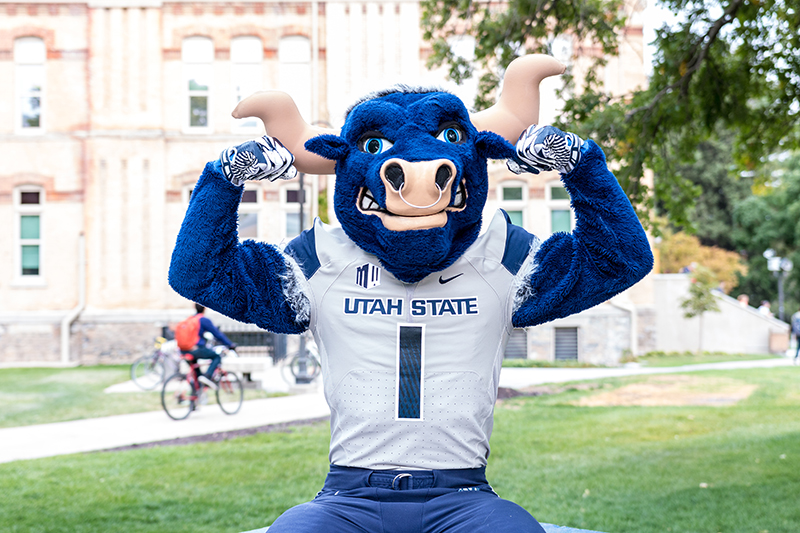