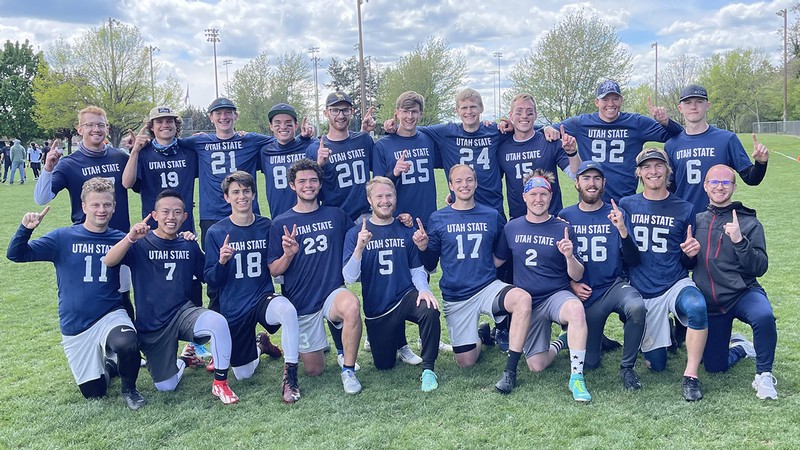 The Utah State University men's ultimate club poses for a team photograph after winning the 2022 Northwest Region championship. The team won the club’s first ever regional championship and will now advance to the national tournament, held in Wisconsin starting May 27. 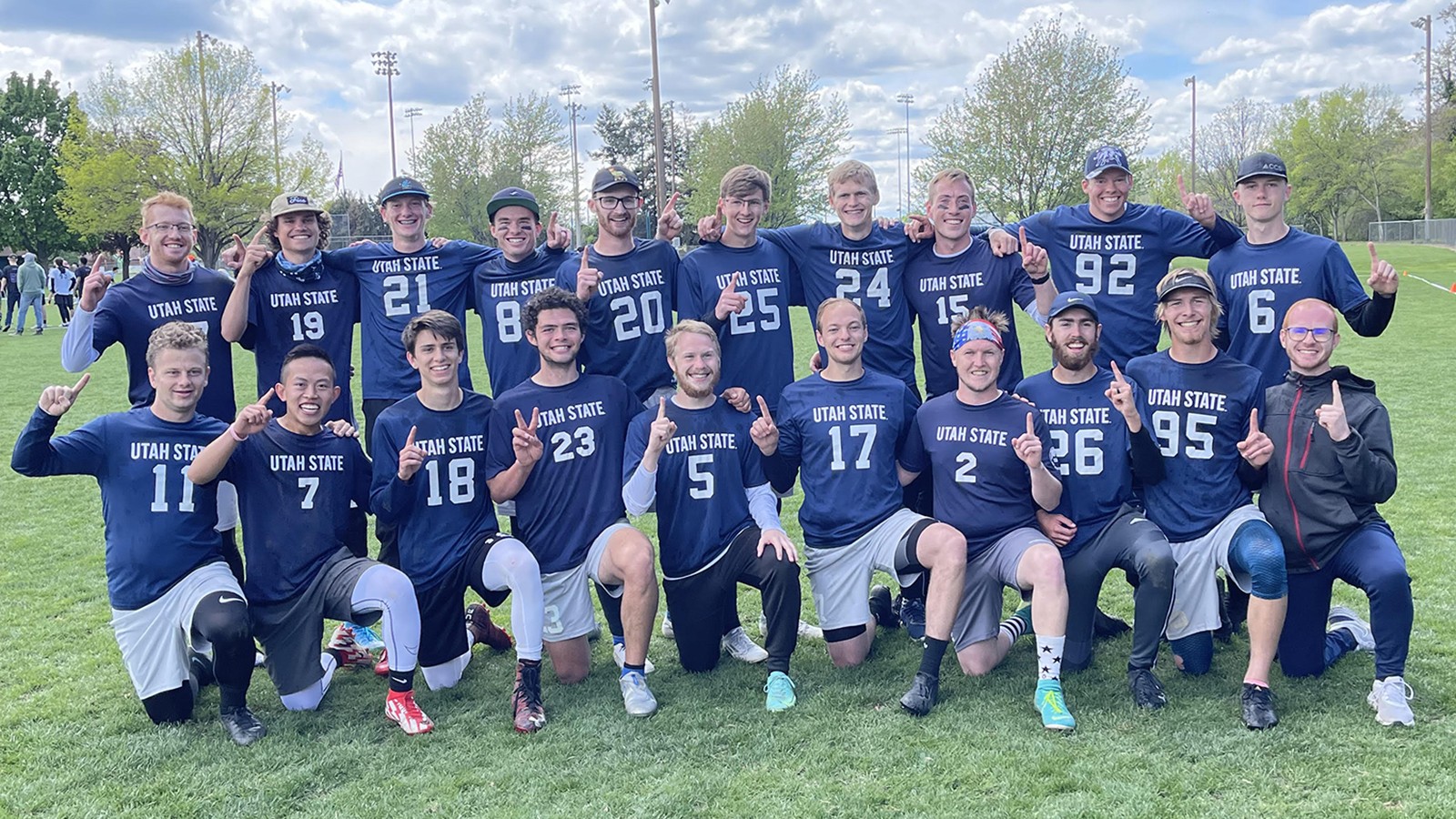 “Everyone wanted this win so bad,” said Garrett Martin, USU senior and team captain. “From our first-year players all the way to our seniors who had an extra year of eligibility because of COVID. Everyone has been through a different journey throughout their time on USU, and winning a regional title helps bring all of those journeys together.”

USU won its pool play, defeating both the University of Utah and Whitman College. Going into bracket play, USU defeated the University of British Columbia 10-9 in the semifinal match, before knocking off Oregon State 13-8 to secure the championship.

With the win, the Aggies qualify for the USA Ultimate national tournament, which will be in Milwaukee, Wisconsin, beginning May 27. This is the second season in a row that USU has qualified for the national tournament, as they also qualified during the 2021 season that was held during the fall 2021 semester, once club sports were again being played on campus. There were some that saw USU’s success during the fall season as a surprise and maybe even a fluke because some teams did not compete. Martin said the team used the negative talk as fuel for this season.

“This group always believed that we belonged at Nationals and we used what people had to say about us to keep us focused and motivated,” he said. “We have been taking the underdog mentality pretty much all year. Getting to Nationals once was a dream come true, but doing it twice makes me feel like we've created a winning program and culture up in Logan and will be competing for Nationals bids for several years to come.”

The regional championship win comes off of the team’s conference championship, with the team taking the Big Sky Conference crown on April 16. It came off of a quick turnaround from a competitive fall season which ended in December. Normally, the team has a scrimmage fall season that ends in October, so the turnaround was fast but also allowed the team to keep momentum. They opened the year with a successful local tournament, then traveled to Seattle and had several wins over top 25 teams. The team then entered the conference tournament looking to make a postseason run.

“We had no national hangover or no slow start,” Martin said. “Everyone was so excited to try and do it again, but we knew we were going to be a better team. We added a few more very talented rookies to the team and our first-year players from the fall had begun to find actual roles on the field. The team just came together and everyone wanted to win. We were on a mission headed into regionals and I had this strange gut feeling that we were going to do something special. I think the fall series taught us that we could win the big games, and this season we executed over and over again.”

Martin and the team are now looking to end their season — and for the seniors, end their collegiate years — on a high note. When Martin joined the team, the team was fighting to make a name for itself in the region. With the regional title now in hand, the team now has earned some respect and is looking to bring things together once again in the national tournament.

“When I first got here, Utah State was one of those teams that was locally competitive but could never compete with the ranked teams or even upper-level regional teams,” Martin said. “Now we are one of those upper-level regional teams. For me, this team has become everything I ever wanted it to be and even more. My biggest dream when I started playing here was making nationals. We've now done that twice and capped off my career with a regional championship that no one saw coming. We have a chance to be competitive at Nationals this year and I think all of us are excited to see where we can end up.”

Utah State University Salt Lake was delighted to host a celebration for the class of 2022 on Friday, May 13, for the USU Wasatch Region. 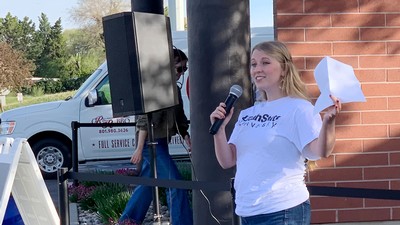 USU is working on ways to help Logan students navigate a housing market where rooms suddenly seem to be in short supply.