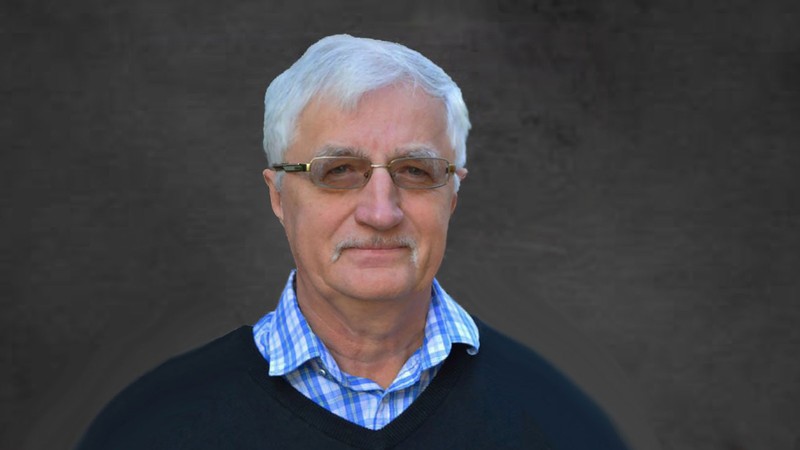 Alexander Boldyrev is USU's inaugural R. Gaurth Hansen Professor. He is the recipient of the 2008 ACS Utah Award in Chemistry and the 2009 D. Wynne Thorne Career Research Award, a 2012 Fulbright Scholar and the 2017 USU Graduate Mentor of the Year. 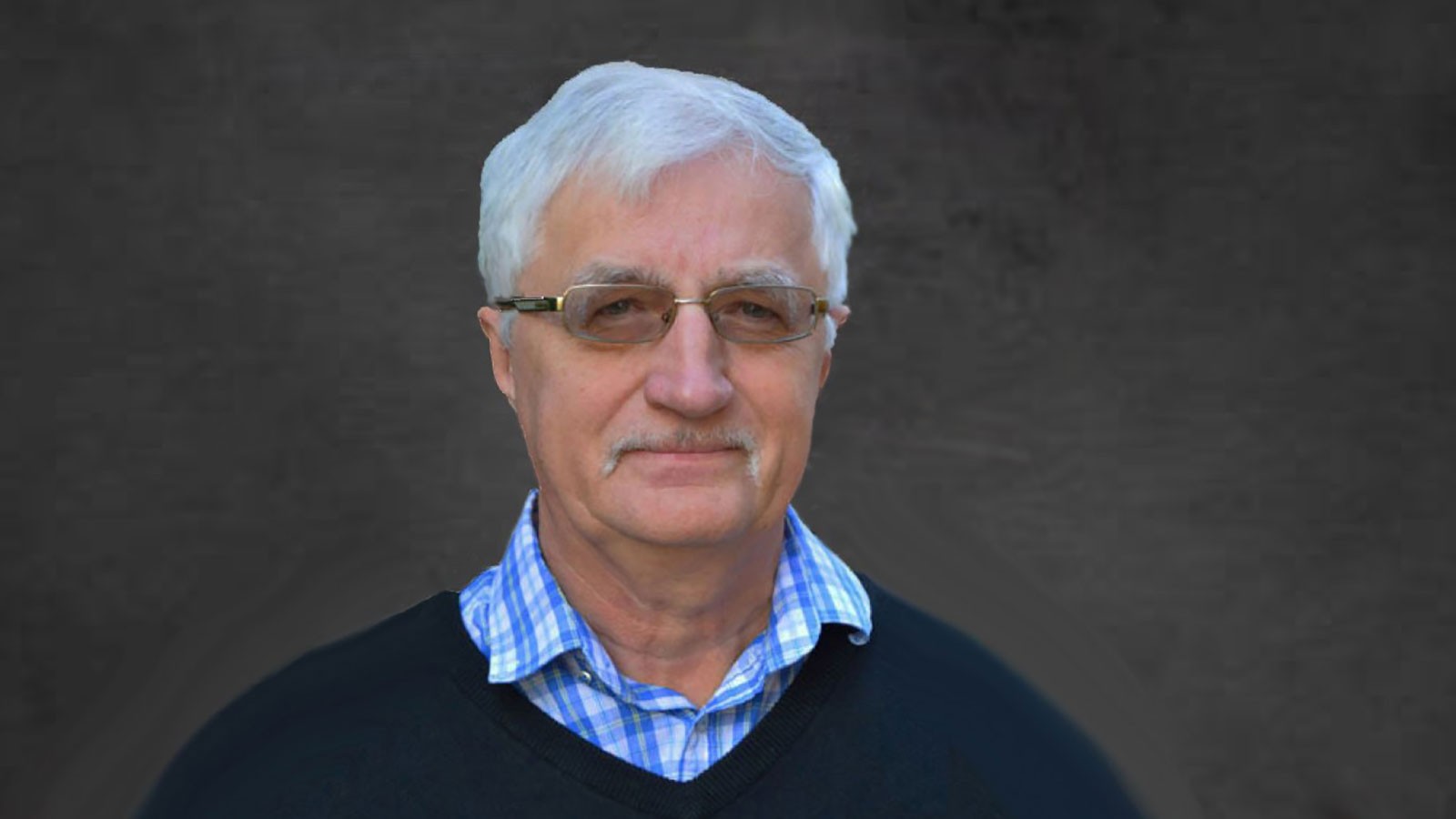 “On behalf of the selection committee, it is a distinct honor to name Dr. Boldyrev as the inaugural R. Gaurth Hansen Professor,” Seefeldt says. “Alex is an exceptional chemist, professor, researcher and mentor, who embodies the spirit and aims of this professorship, the first in the department’s history.”

“I am very pleased to see the inaugural appointment to the professorship in the name of my father go to Professor Boldyrev, a scholar engaged in such exciting and impactful research,” says the David Rockefeller Distinguished Service Professor at The University of Chicago and Nobel Economics Laureate. “As a personal note, it is great to see USU, and in particular the College of Science, committed to supporting academic excellence.”

USU’s College of Science announced the professorship in June 2020. Established as an endowment by the Hansen Family, the professorship honors the memory of R. Gaurth Hansen, a renowned biochemist, who served Utah State as a senior administrator, professor and researcher from 1968 to 1994.

“I am very honored and humbled by this appointment,” says Boldyrev, who joined USU’s faculty in 1999. “My students and I are very excited about new opportunities this brings for our laboratory.”

Boldyrev received the American Chemical Society’s Utah Award in Chemistry in 2008 and the university’s D. Wynne Thorne Career Research Award, USU’s highest research honor, in 2009. The 2012 Fulbright Scholar is known globally for his pioneering breakthroughs in building a theoretical framework for understanding the bonding properties of inorganic compounds and enabling fellow chemists to predict a number of entirely new classes of species. A prolific research writer, the Russian-born scientist, who has garnered long-standing National Science Foundation support, has an impressive h-index (a measurement of research impact) of 77, and his work has been cited in more than 20,000 papers.

“Our lab plans to apply this tool in chemistry to search for the most stable structures of new molecules and for computational design of new materials,” he says.

Boldyrev notes he and his students have already made progress in this field, with two articles currently in press. Three of his current doctoral students were selected this year for highly competitive internships with Los Alamos National Laboratory, through which they received AI training, along with additional funding support to continue their collaborations with LANL mentors.

These students are among 15 graduate students, and numerous undergraduates, Boldyrev has supervised and guided through their degree programs. In addition to his current students, Boldyrev has mentored another LANL intern, who received an Oppenheimer Postdoctoral Fellowship, as well as five students named USU Robins Award Graduate Researchers of the Year. A number of his students are employed in national laboratories, as well as faculty positions in major research universities.

In recognition of his mentorship efforts, Boldyrev was named the USU Outstanding Graduate Mentor of the Year in 2017.

“Among the goals of the R. Gaurth Hansen Professorship is to foster research innovation, leverage funding opportunities and advance opportunities for our graduate and undergraduate students,” Seefeldt says. “Alex has already demonstrated each of these goals and we look forward to his continued efforts to not only create meaningful learning for our students, but to continue to contribute knowledge to the scientific community.”

A native of the coal mining city of Novokuznetsk, Siberia, Boldyrev’s interest in chemistry was fueled by an elementary science teacher’s presentation, along with the nascent space race between the former Soviet Union and the United States. The teen, who idolized Cosmonaut Yuri Gagarin, was selected for a high school for gifted STEM students, completed studies at Novosibirsk University and later earned doctorates from the U.S.S.R. Academy of Sciences’ Institute of New Chemical Problems and the Institute of Chemical Physics.

After teaching at the Moscow Physical Technical Institute for nearly 20 years, Boldyrev traveled to Germany on a research fellowship and accepted a visiting professorship at the University of Utah, before joining Utah State. 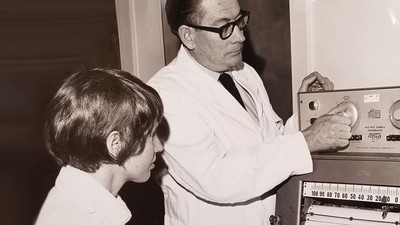 Announced in June 2020, the R. Gaurth Hansen Professorship was established by the Hansen Family to honor the renowned biochemist, who served Utah State as an administrator, professor and researcher from 1968 to 1994. USU Special Collections. 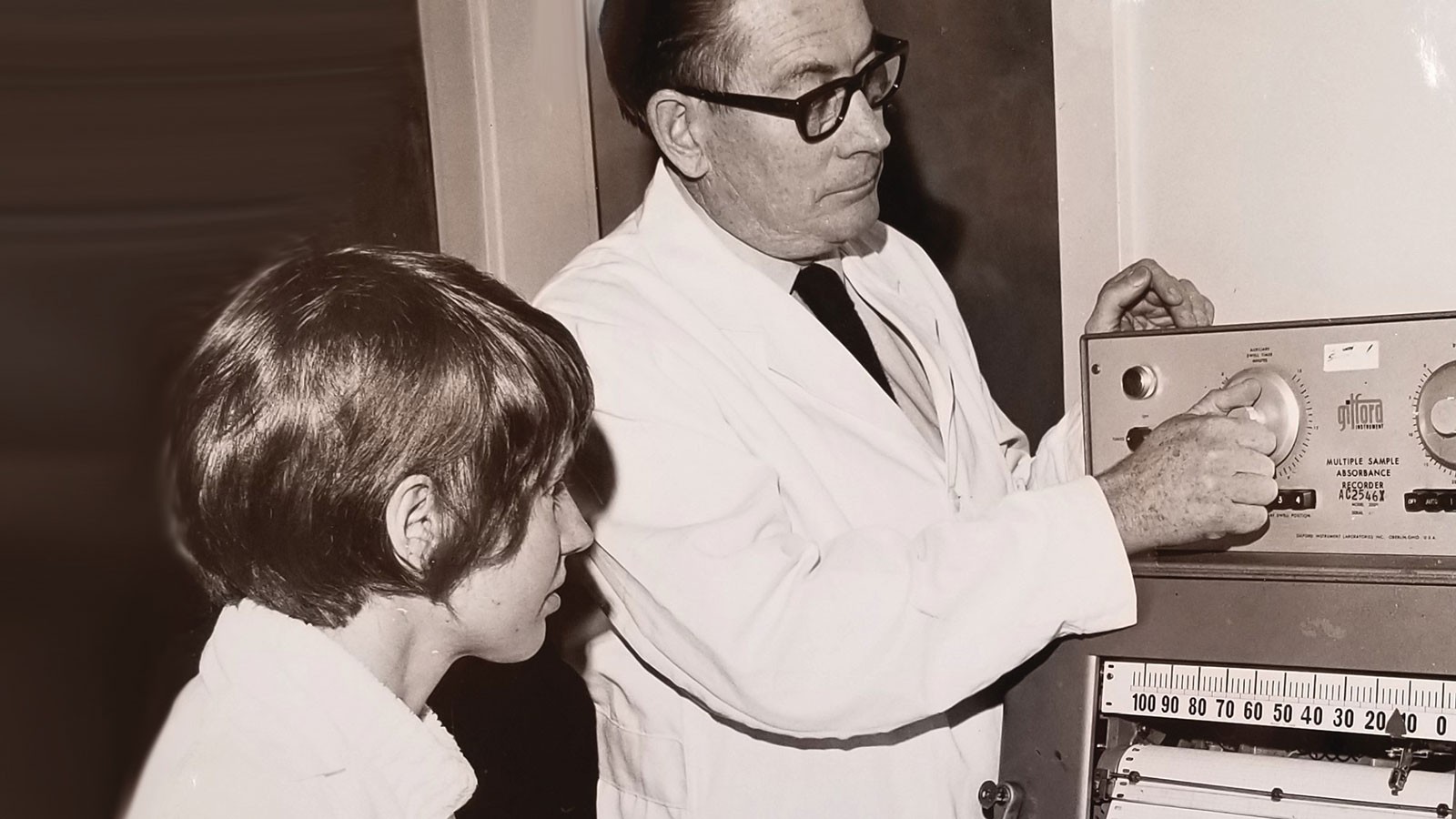