The Old Lyric Repertory Company continues its 2010 theatre season with a hilarious and heartfelt summer musical, “Always…Patsy Cline.”
The production opens Wednesday, June 30, at the Caine Lyric Theatre in downtown Logan, 28. W. Center Street. Curtain time is 7:30 p.m.
The Old Lyric Repertory Company is a production program based in the Theatre Arts Department in the Caine School of the Arts, soon to be the Caine College of the Arts, at Utah State University.
Tickets for the production and all OLRC plays are available by calling or visiting the Caine School of the Arts Box Office in the Chase Fine Arts Center on the USU campus, 435-797-8022, or at the Caine Lyric Theatre Ticket Office, open from 1-8 p.m., Monday-Saturday. Tickets can also be purchased online at the CSA Box Office website. Adult ticket prices range from $15-$25, with discounts for USU students, faculty/staff and senior citizens.
Rich with warmth, heart and passion, the musical Always…Patsy Cline relives the career of this beloved American country music singer as seen through the eyes of her biggest fan, Houston housewife Louise Seger. The OLRC production is directed by Adrianne Moore, a faculty member in USU’s theatre arts department.
“Always…Patsy Cline is an incredibly popular show, so popular in fact, it is one of the most produced musicals in America and has developed an almost cult-like following,” said Moore. “It’s a stompin,’ hollerin’ good time — It’s very full-on entertainment. People are going to be clapping and hollering to the fabulous music interspersed with extremely funny and, at times, moving monologues.”
The style of Always…Patsy Cline alternates between Seger’s hilarious monologues characterized by her strong Texas persona, and Cline’s miraculous vocal ability, giving the show an extraordinarily intimate connection between the two characters and audience, Moore said.
Joining the OLRC company in the title role is Erica Hansen, an actress who has previously portrayed Cline three times for the Grand Theater in Salt Lake City. She said playing Patsy is the most thrilling, rewarding thing she’s ever done.
“People loved her and her music, so to be able to bring this fabulous music to people, to bring them down memory lane, is remarkable,” Hansen said.
Actress Colleen Baum, who plays Seger, said that her “spitfire character” will have audiences rolling in their seats.
And, according to Hansen, the musical isn’t just for country fans.
“Patsy was the first crossover artist, singing pop and blues as well as her famous country songs,” she said. “Whether you like country or not, whether you know anything or nothing about Patsy, it’s a little bit of something for everyone.”
The show features country, blues, pop and rock and roll songs, including Crazy, I Fall to Pieces, Your Cheatin’ Heart, Sweet Dreams and Waking After Midnight.
Mike Christiansen, noted musician, recording artist and professor of guitar at USU, is musical director for the OLRC production.
Following its opening June 30, Always…Patsy Cline continues July 1-3. Additional performances are July 16, 21, 24 and 28. Performances begin at 7:30 p.m. nightly with additional 2 p.m. matinees July 3 and July 24.
Opening next at the OLRC is Agatha Christie’s The Mousetrap, which mysteriously hits the stage July 7.
For more information on the OLRC’s 2010 season, visit the website.
Related links:
Writer: Amanda Running, 801-227-4442, amanda.running@aggiemail.usu.edu
Contact: Sally Stocker Okelberry 435-797-1500, sally.okelberry@usu.edu 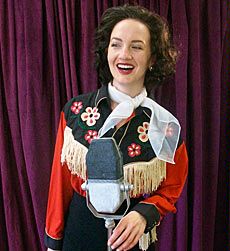 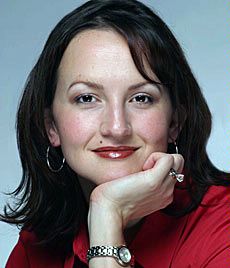