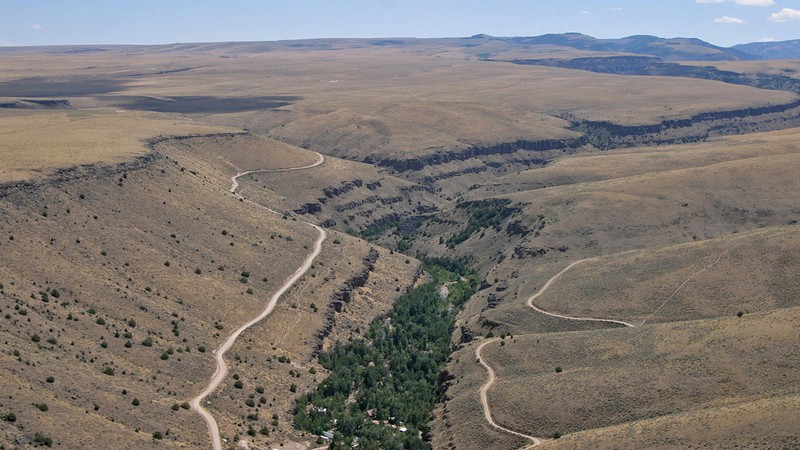 The research team created avatar programming for early human travelers and gave them the realistic goal of staying alive. These modeled humans were drawn to water and other landmarks, while the calorie outputs of their efforts were measured. Photo courtesy: Pxhere. 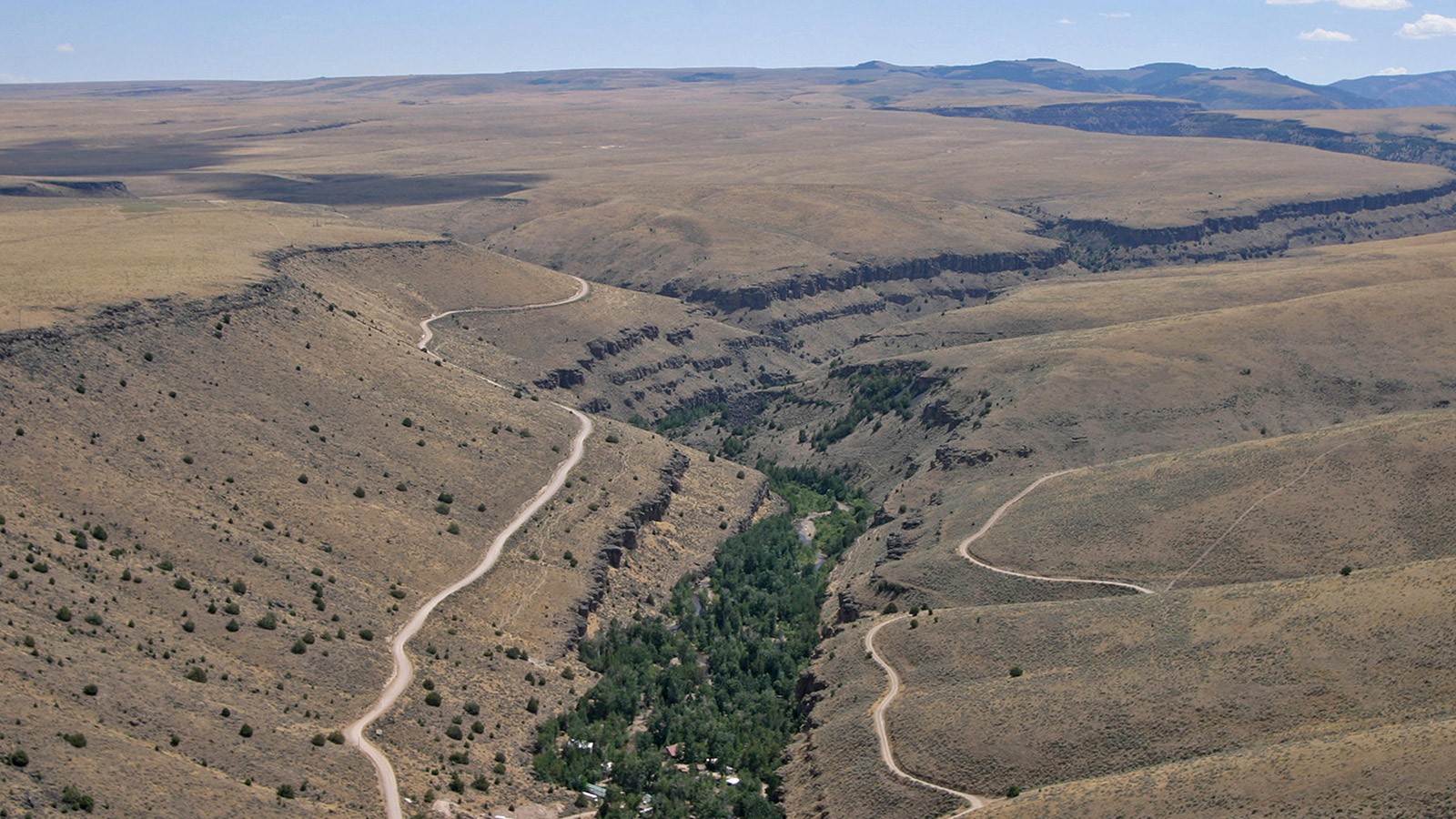 Don’t bother searching for Sahul on a map—this supercontinent existed more than fifty thousand years ago, before separating into what we now know as Australia, New Guinea and Tasmania. Early humans traversed it using methods that might feel familiar to many modern way-finders, according to new research from Stefani Crabtree, assistant professor of social-environmental modeling in Utah State University’s Department of Environment and Society in the S.J. & Jessie E. Quinney College of Natural Resources. They sought out springs, used visual landmarks, looked for safe and comfortable places to shelter, and didn’t climb a steep hill if they didn’t have to.

Crabtree and colleagues used innovative modeling methods to project how ancient humans moved across the landscape of Sahul, peopling the continent for the first time. By simulating the decision-making of early way-finders, the team mapped probable pedestrian “superhighways.” Their recently published study is the largest reconstruction of a network of human migration paths into a new landscape, and the first to apply rigorous computational analysis at the continental scale.

The team first needed to simulate the topography of the supercontinent. They “drained” the oceans that now separate mainland Australia from New Guinea and Tasmania. Then, using hydrological and paleo-geographical data, they reconstructed inland lakes, major rivers, promontory rocks and mountain ranges that would have attracted the gaze of a wandering human. Researchers created avatar programming for early human travelers and gave them the realistic goal of staying alive. These modeled humans were drawn to water and other landmarks, while the calorie outputs of their efforts were measured.

“The ways that we conceptualize a landscape should be relatively steady for a hiker in the 21st century and a person who was way-finding into a new region 70,000 years ago,” said Crabtree. “If it’s a new landscape and we don't have a map, we're going to want to know how to efficiently move throughout a space, where to find water, and where to camp — and we'll orient ourselves based on high points around the lands.”

The algorithms simulated a staggering 125 billion possible pathways, and a pattern emerged: the most-frequently traveled routes carved distinct “superhighways” across the continent, forming a notable ring-shaped road around the right portion of Australia; a western road; and roads that transect the continent. A subset of these superhighways map to archaeological sites where early rock art, charcoal, shell, and quartz tools have been found.

The research suggests that there are fundamental rules humans follow as they move into new landscapes, and that the researchers’ approach could shed light on other major migrations in human history, such as the first waves of migration out of Africa at least 120,000 years ago.

Future work, Crabtree said, could inform the search for undiscovered archaeological sites, or even apply the techniques to forecast the movements of human migration in the near future, as populations flee drowning coastlines and climate disruptions. 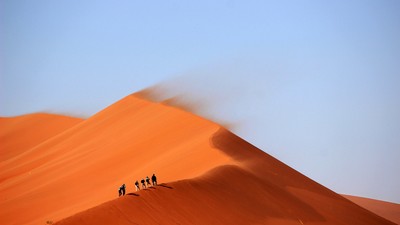 Early humans traversed the landscape in much the same way that hikers do today according to new research - they sought out springs, looked for safe and comfortable places to shelter, and didn't climb a steep hill if they didn’t have to. Photo courtesy: Public Domain Archive. 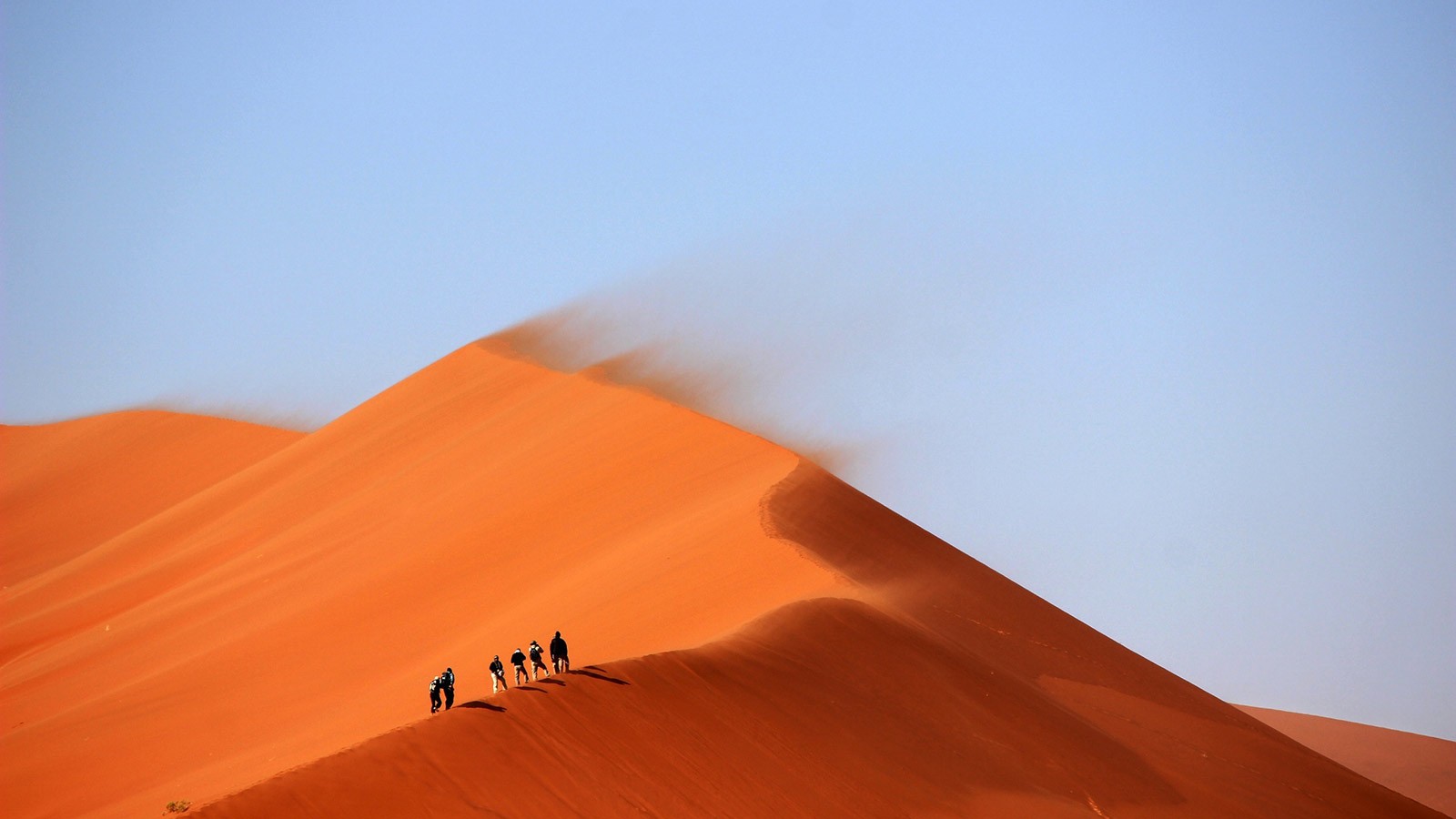