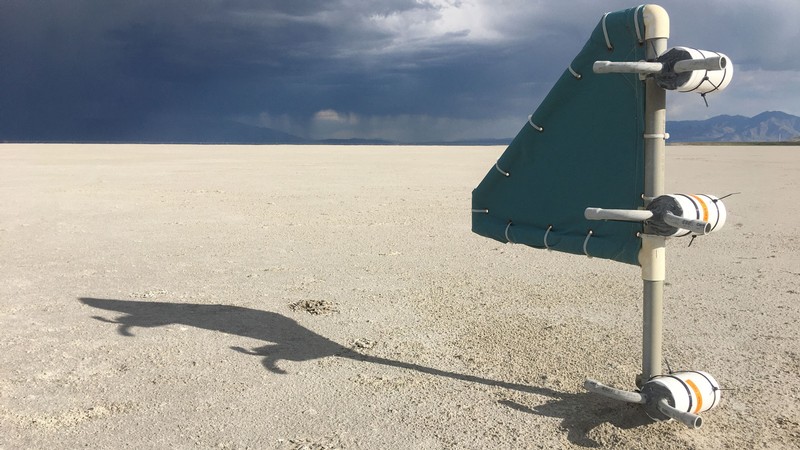 A team of graduate students at USU are working to measure airborne dust as water levels recede at the Great Salt Lake, monitoring what could be the start of an ecological disaster. Some of the dust carries toxic pollutants composed of heavy metals and synthetic chemicals, including compounds banned decades ago, they found. 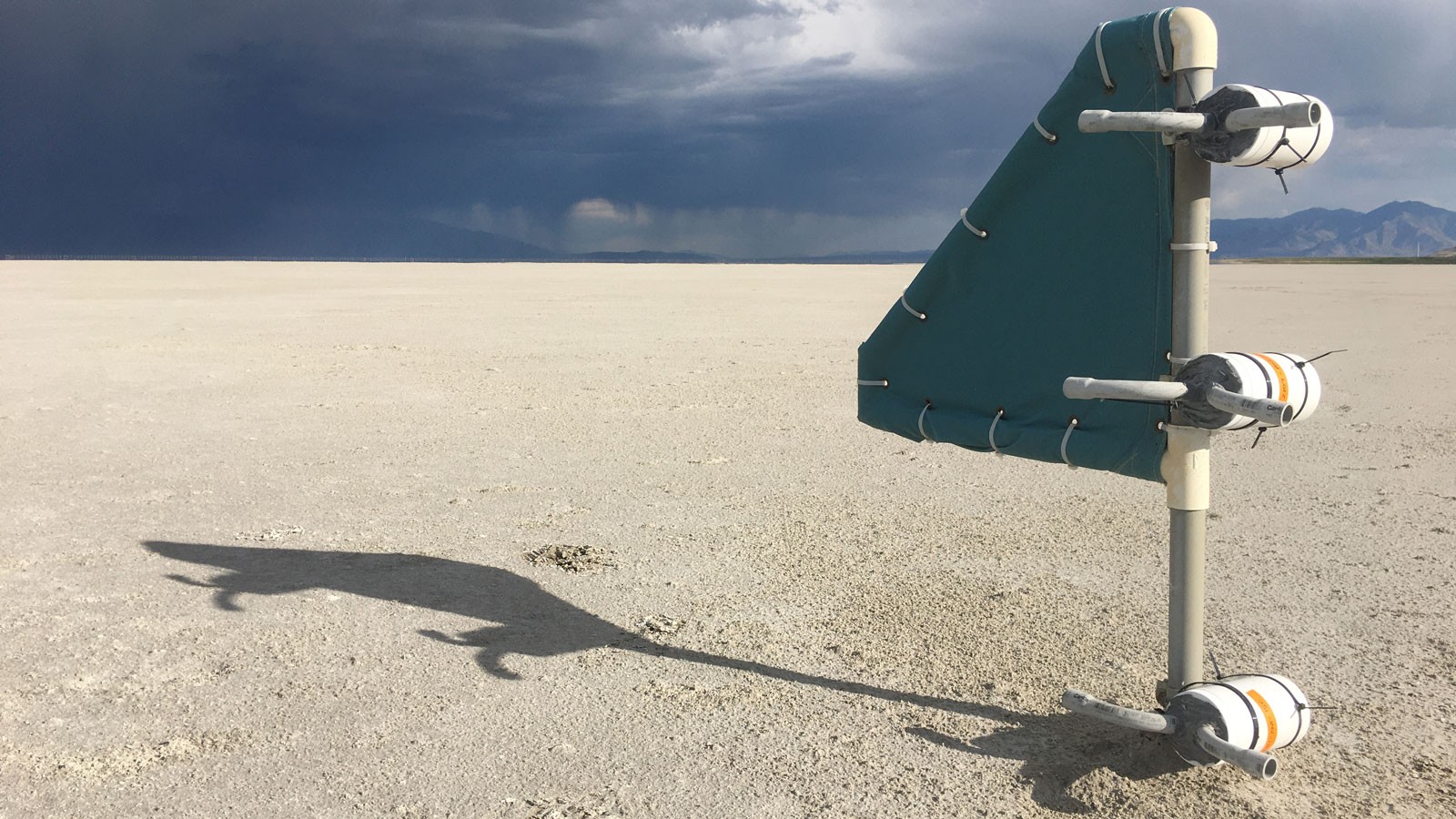 Molly Blakowski and Jeffrey Perala-Dewey have spent a lot of time at the beach. No Hawaiian prints or paddle boards were involved though, and ironically, it involved very little water.

The team trudges more-or-less monthly around a giant 20-mile loop that crosses the crusty, dry landscape of what used to be Farmington Bay on the Great Salt Lake (GSL). With receding water levels, an extensive playa now stretches 1,030 square miles, composing fully half the historic area.

The GSL is a plate-shaped lake, with a profile that is shallow and wide—this means that as water levels drop (11 feet over the last three decades due to water diversions and ongoing drought), a relatively wide stretch of lakebed is exposed to the atmosphere.

This is problematic for all sorts of reasons, from the economic impacts to ecological repercussions for migrating birds. But what Blakowski and Perala-Dewey are most concerned about is what this means for the future of the Wasatch Front’s already dubious air quality.

A dry lakebed produces dust, as Blakowski can readily attest with video footage of massive dust plumes that she’s captured during her excursions. Some of the dust wafting through the air carries toxic pollutants, the team has found, composed of heavy metals and synthetic chemicals regulated by the EPA, including compounds banned decades ago.

As a terminal lake (with no outlet), the same process that makes the GSL so very salty also makes it prone to collecting pollution over the course of decades. Mining, industrial activities, military testing and municipal wastewater systems have all, at times, used GSL as a depository for waste.

The toxic chemicals that settled into sediments on the bottom of the lake are now making an encore appearance as winds whip the dust into the atmosphere. With B-movie flair, the dust and pollutants pulled into the air from the lake also have potential to chemically bind with existing atmospheric pollutants to become even more problematic, Perala-Dewey said.

The most polluted zones across the playa appear to be those closest to human communities and their long-term waste, according to the team. The closer they sampled to freshwater inlets and wetlands that run through industrial and agricultural areas, the more contaminants they found.

In earlier months of the research, collection receptacles trapping dust from the air at certain monitoring areas collected only a skiff of material. But 2021 was the dustiest year the team has yet measured. Something is changing — the briny crust holding the sediments to the ground seems to be breaking down in some areas, allowing more dust to be released.

Clouds of dust kicked up from the dry lakebed will certainly have major health impacts for the 2 million people who live adjacent to the Great Salt Lake. But the phenomenon may have farther-reaching and more complex repercussions, according to the team.

Physical and chemical changes to farmland soils and natural ecosystems downwind of the lake are a possibility. And dark-colored dust has the potential to waft to higher elevations, settling like an insulated blanket on top of Utah’s signature snowpack and causing it to absorb solar energy — energy that would melt the snow earlier in the season and impact activities like skiing, in addition to (and more importantly) further threatening regional water supplies.

For now the team is sticking to a few very basic questions: What’s in the dust eroding from the lake bed? Where did the pollutants come from? And considering wind trajectory and grain size of the sediment, where will the dust ultimately end up?

As they proceed, Blakowski and Perala-Dewey are sure of one thing … the problem is not going away on its own. As water levels at the Great Salt Lake continue to drop and more lakebed is exposed, pollutants of the past are likely to reappear with a bite.