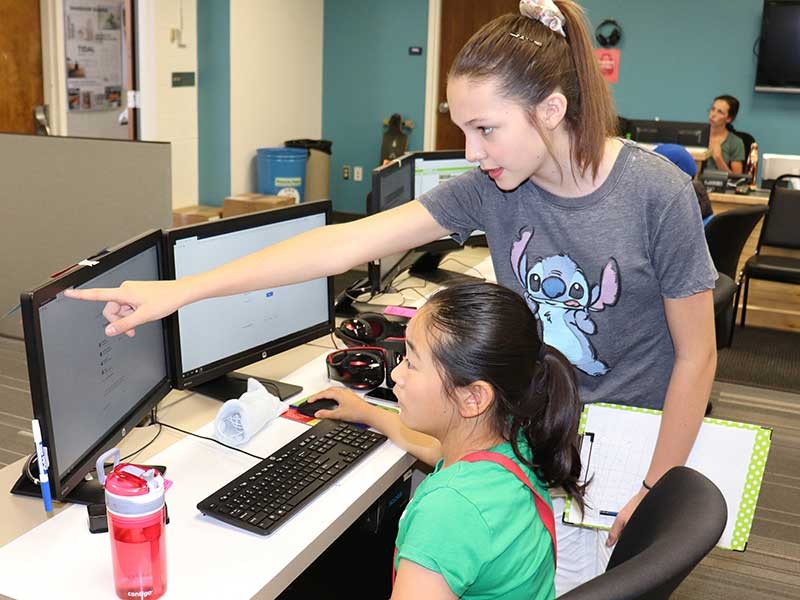 What’s the first thought that comes to mind when you envision a computer programmer? A nerdy keyboard geek, probably white and male, holed up behind a computer screen in a dark basement?

“Here at USU, just 12 percent of our computer science majors are women,” says Vicki Allan, associate professor in USU’s Department of Computer Science. “Nationwide, that number is about 18 percent.”

During the past six years, Allan and USU colleagues have conducted “App Camps” at the Utah State campus, aimed at engaging young teens, especially girls, in computer science. During June, Allan, along with Jody Clarke-Midura, assistant professor, and Katarina Pantic, research assistant, in USU’s Instructional Technology and Learning Sciences Department, hosted four week-long half-day camps for youngsters in grades 6-8, as well as a week-long camp to train high school-aged mentors to assist at the middle school camps. This year’s gatherings attracted 100 campers and 20 high school-aged mentors.

“Two of the camps were all female and two were half and half male and female,” Allan says. “We’re investigating how having an all-girls camp, versus a coed camp, affects the campers’ experiences.”

Initially supported by National Center for Women and Information Technology (NCWIT) funding, USU App Camps have been funded, for the past three years, by a National Science Foundation grant. With that support Allan, Clarke-Midura and Pantic, along with additional colleagues, have explored stereotypes in computer science, awareness of opportunities in the field, the effects of parental support and near-peer mentoring, along with other facets of the camps, resulting, so far, in six peer-reviewed papers and three conference presentations.

“We’ve found the mentoring model works well, both for the campers and for the mentors,” Clarke-Midura says. “Our campers and our mentors progress well through an increasingly challenging curriculum. They learn a lot in a week.”

The camps’ grant funding ended this year, but the team seeks a source of continued funding to make the camps a permanent USU offering.

And recruiting girls to the camps remains a challenge.

“We could fill the camps with boys,” she says. “In fact, we have to start a waiting list and turn some boys away. In contrast, this year as in the past, we still had openings for girls as the camps got under way.”

Depictions in popular media often portray computer enthusiasts as male, usually white, and socially awkward, say the USU researchers. Such stereotypes not only influence youngsters, but their parents as well.

“Parents have a large influence over the kids and we find many parents assume their teen girls won’t be interested in a computer science camp,” Clarke-Midura says.

Even more striking is the influence of fathers, in whether or not a young girl chooses to pursue computer science and how well she performs in the field.

“We’ve found, if a dad takes an interest in his daughter’s pursuit of computer science activities and gives encouragement, it has a huge impact on her level of interest and success,” Allan says. “It’s very significant.”

Increasing the number of women and minority computer scientists is important, she says, because everyone uses computers and computer applications in all aspects of their daily lives. 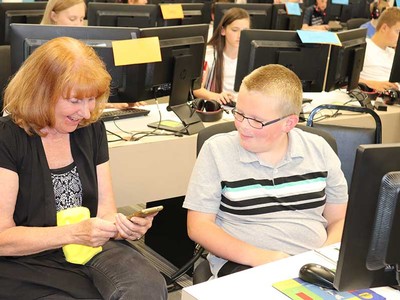 USU Computer Science faculty member Vicki Allan, left, assists an App Camp participant with a mobile activity. A founder and coordinator of the summer camp, Allan and colleagues are seeking funding to make the camp an ongoing university offering. 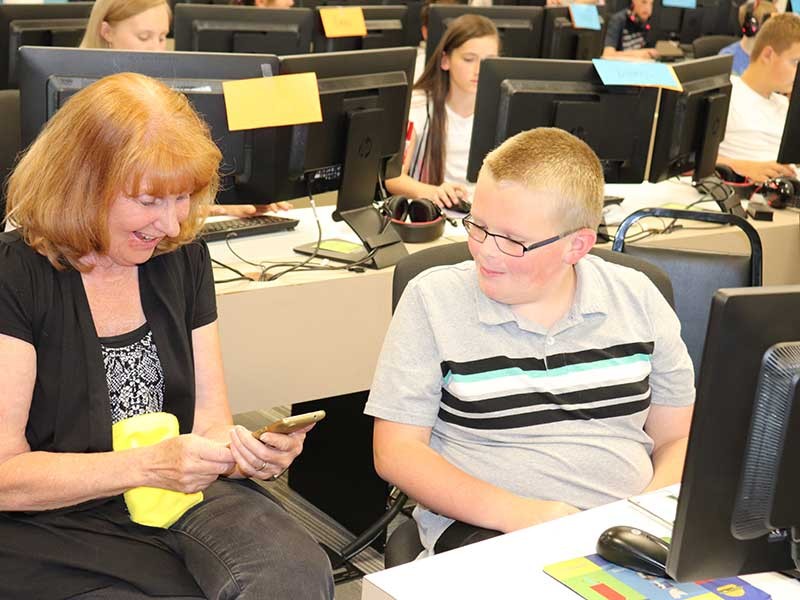 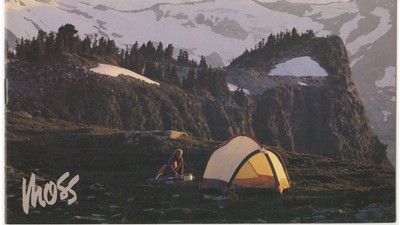