Utah State University professor Art Jones was honored by the Utah Recreation and Parks Association for his lifetime service to the parks and recreation industry in the United States.
Jones, a professor in the Department of Health, Physical Education and Recreation, was cited for 38 years of work, which began in 1971 with a career as a 4-H youth agent and first advisor at the Uintah Basin Education Center. After three years he was invited to come to campus to be a state 4-H leader. Jones was responsible for the statewide 4-H programs in camping, county fairs, international exchanges with Japan and a national demonstration project for troubled youth. He also organized the first guide-dog program for the blind for Utah.
In 1981 he was asked by Gov. Scott M. Matheson to manage the Utah State Fair and Division of Expositions. After six years at the Utah State Fair, Jones accepted a position at Georgia State University to organize the first Fair Management program in the nation.
Jones returned to USU in 1990 to teach in the parks and recreation department. He has been instrumental in helping develop new courses and revising the curriculum, and the program has now gained national accreditation by the National Recreation and Parks Association. From 1997 to 2003 he served as head for HPER department.
Jones has been honored by the College of Education and Human Services and HPER department as teacher of the year and received the “Top Prof” award from the student Mortar Board Society.
“Dr. Jones is loved and respected by the students in our programs because he takes a personal interested in their lives as well as in their academics,” said the interim department head for HPER, Dennis Nelson.
He received special recognition for his achievements during the HPER department’s annual awards ceremony on April 3.
Related links:
Contact: Tim Vitale 797-1356, tim.vitale@usu.edu
Writer: Ryan Hall, 797-1350, r.j.hall@aggiemail.usu.edu 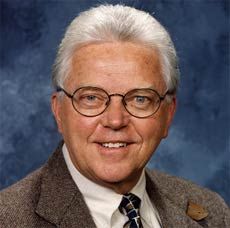 USU professor Art Jones was honored by the Utah Recreation and Parks Association for his lifetime service to the parks and recreation industry in the United States.