To commemorate the massacre, the Shoshone tribe is planning to build the Boa Ogoi Cultural and Interpretive Center that will provide interactive and educational experiences about Shoshone culture and history.

On January 29, 1863 the U.S. Army Cavalry attacked the Northwestern Band of Shoshone, killing over 400 people and instigating the largest mass murder of Native Americans in the history of the United States. Now, over 150 years after the Bear River Massacre, the Shoshone people are turning the site of this devastating tragedy into a place of cultural revitalization, restoration and healing.

The massacre site, or Boa Ogoi, is sacred to the Shoshone people.

“Their voices cry to us from the ground,” explained Darren Parry, a Tribal Council member. “We want to tell their story.”

To commemorate the massacre, the tribe is planning to build the Boa Ogoi Cultural and Interpretive Center that will provide interactive and educational experiences about Shoshone culture and history.

Additionally, the tribe wants to restore the ecology of Boa Ogoi to what it would have looked like in 1863. To accomplish this, they teamed with an interdisciplinary group of graduate students from Utah State University’s Climate Adaptation Science Program to develop a habitat restoration plan.

“To understand what restoration might look like, we started with the ethnobotanical records created by Mae Timbimboo Parry,” said Will Munger, doctoral student in environment and society, and the liaison with the tribe.

Mae Timbimboo Parry was a great Shoshone historian and storyteller. She meticulously recorded the oral histories and traditions of the Shoshone including detailed information and drawings of culturally significant plant and animal species.

“This all started with my grandmother,” said Darren Parry, who is Mae Timbimboo Parry’s grandson. “This wouldn’t have been possible without her.”

Mimicking beaver, and possibly reintroducing beaver, will create suitable habitat where willows and other native plants and animals can thrive.

The tribe also wants to ensure the restoration efforts are resilient to climate change. Sofia Koutzoukis, doctoral student in wildland resources, used computer models to determine how much habitat will be available for all the culturally important plant species at Boa Ogoi by 2070.

“Some species will have major decreases in [habitat], some have uncertain projections, and some species will likely see increases,” explained Koutzoukis. “If the tribe wants arrowleaf balsamroot to really succeed, they might need to continually replant that species, or think about watering. Whereas, they might not have to for milkweed.”

Brad Parry, the Boa Ogoi project leader and a Tribal Council member, explained the cultural importance of the ecological restoration.

“Wildlife can return that will be of cultural significance to the tribe,” said Brad Parry. “The Bald Eagle is the tribe’s most sacred animal and its feathers were used to make headdresses and used in ceremony. The Trumpeter Swan brings peace to the tribe, and deer and fish were major food sources.”

The Boa Ogoi Cultural Interpretive Center and ecological restoration efforts are a testament to the resilience, perseverance and optimism of the Northwestern Band of Shoshone.

“It was a huge blessing for my people to obtain this sacred burial ground,” said Darren Parry. “Knowing that the spirits of our people lie just beneath the surface makes this a way that we can honor and protect them.” 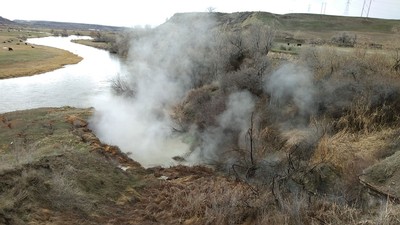 A hot spring along the bank of the Bear River at Boa Ogoi. Hot springs, like this one, were part of the reason this site was a winter camp for the Shoshone. (Photo Credit: Lindsay Capito) 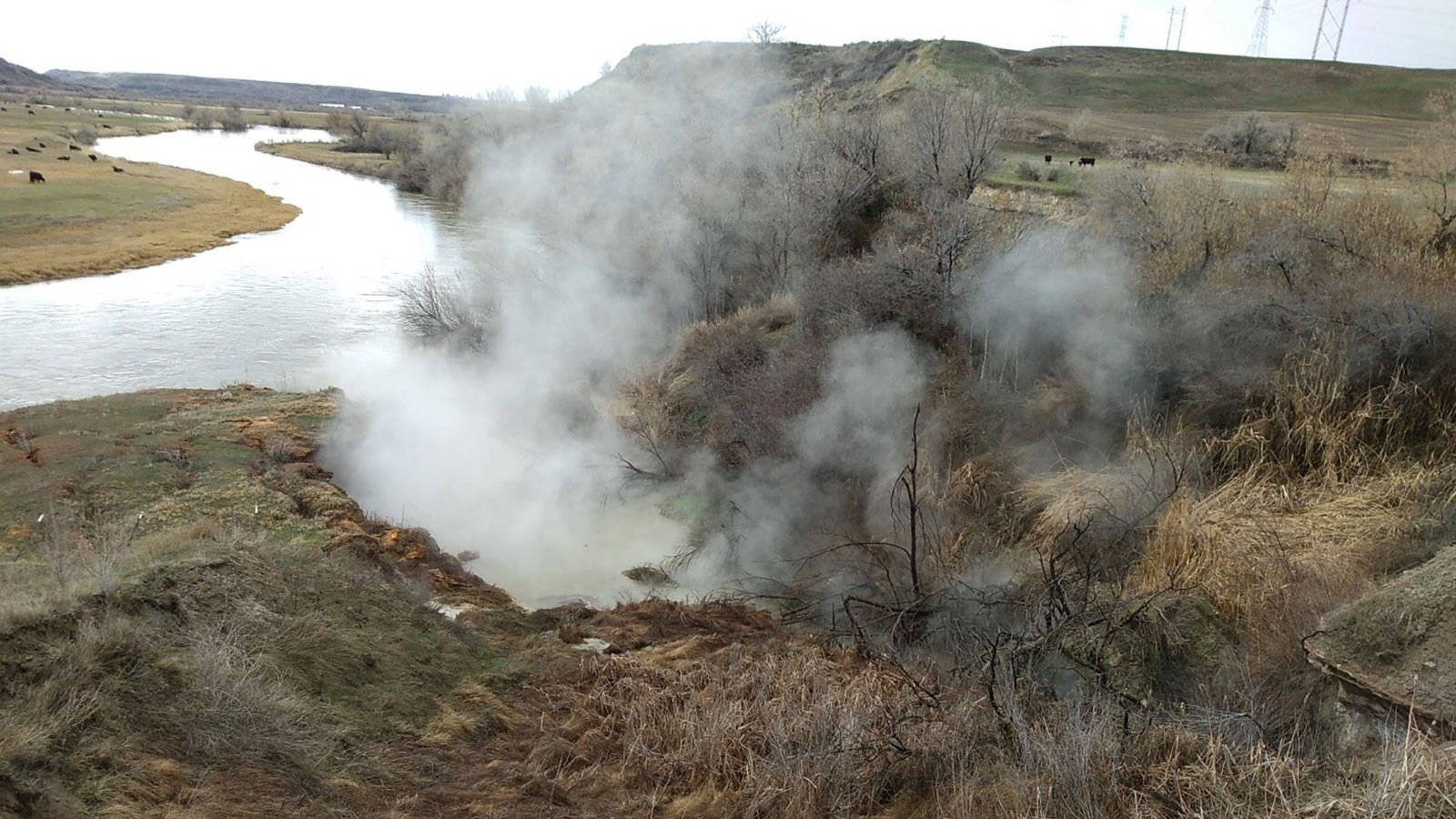 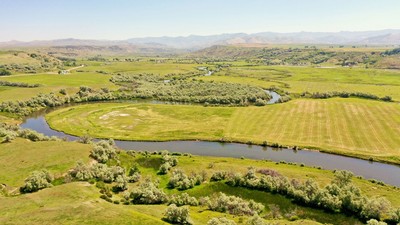 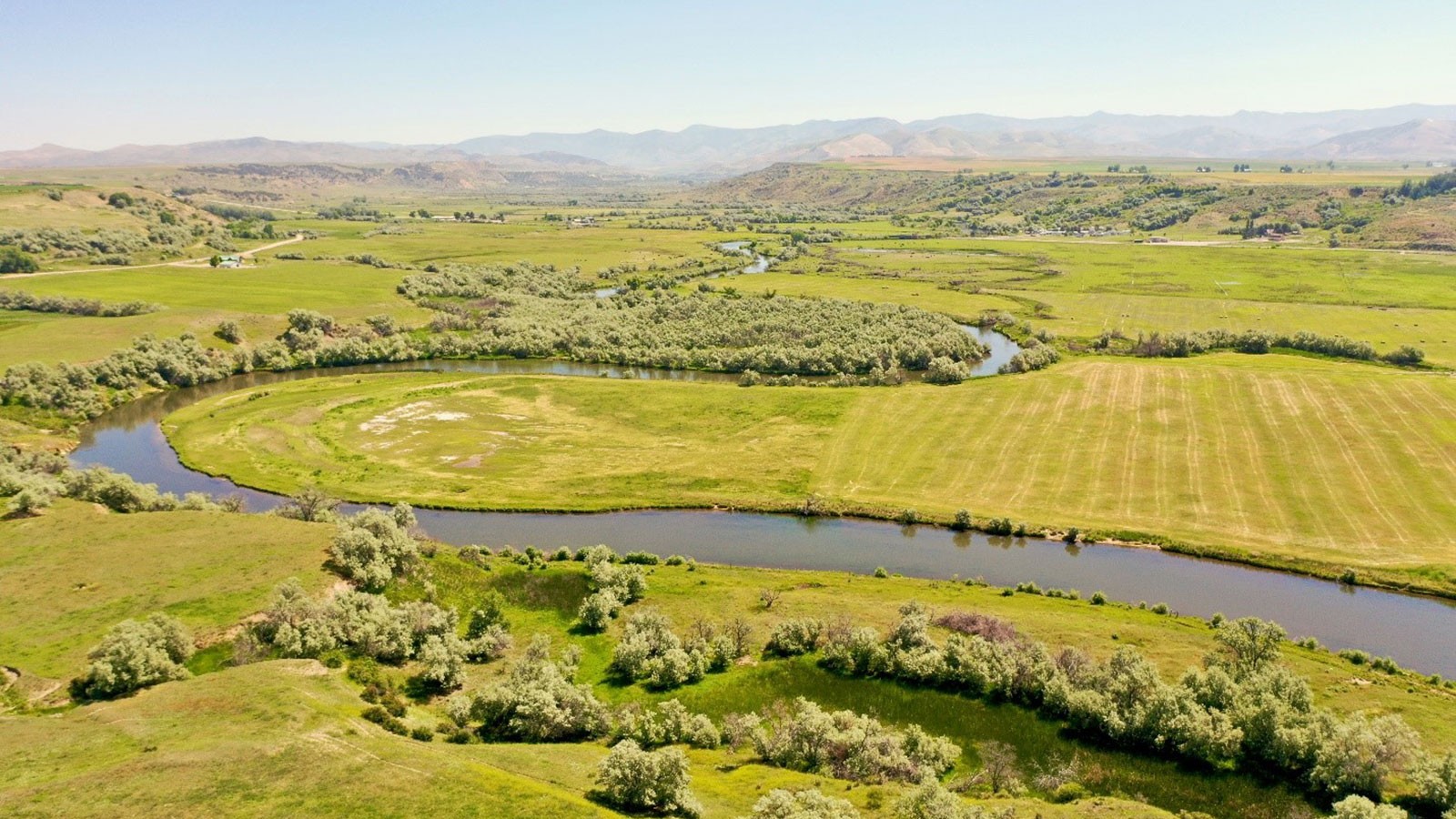 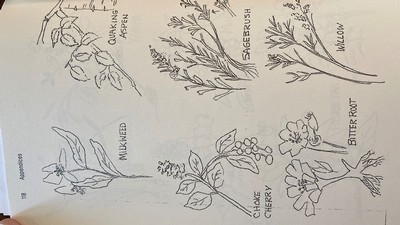 Hand drawn images by Mae Timbimboo Parry of culturally important plants to the Northwestern Band of Shoshone. (Courtesy of: The Bear River Massacre: A Shoshone Story by Darry Parry) 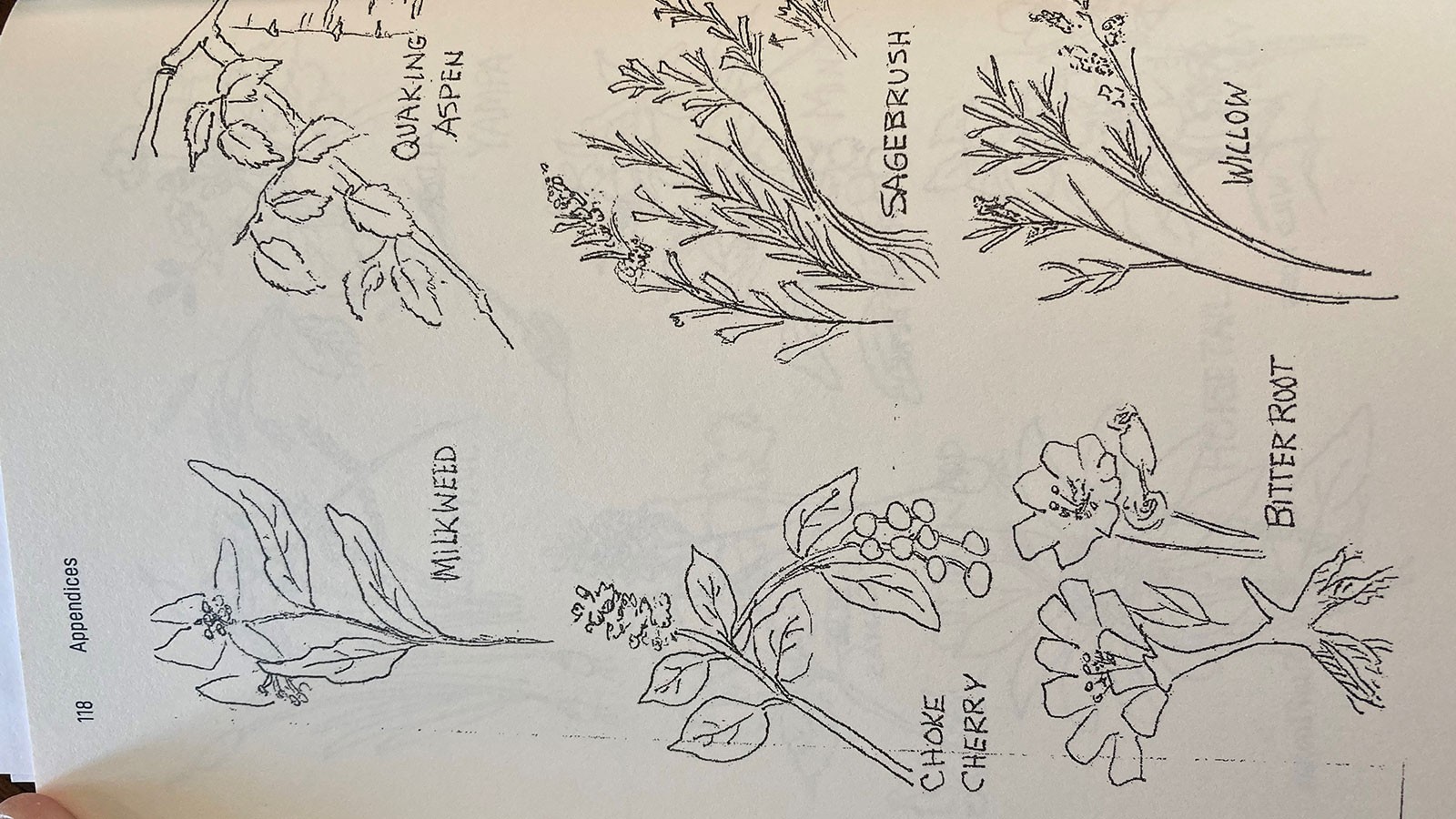 Will Munger
Doctoral Student
Department of Environment and Society
(435) 881-7587
willmunger@gmail.com 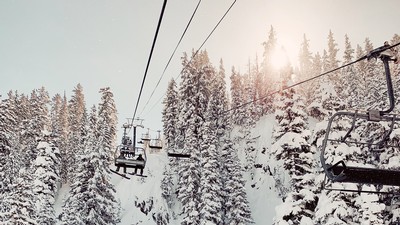