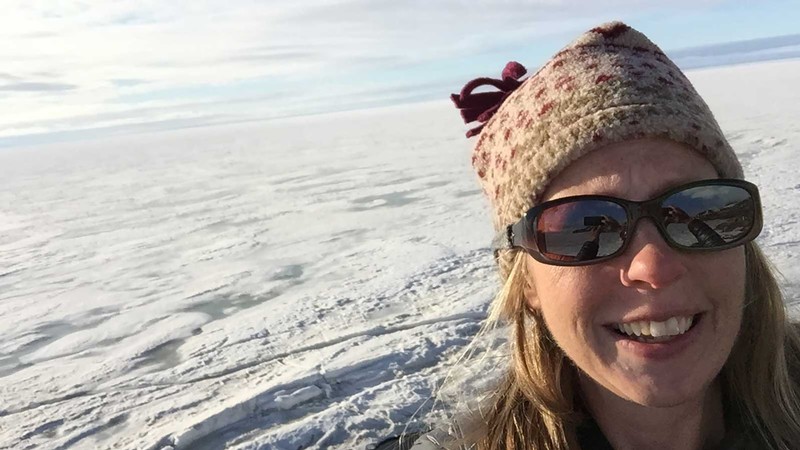 Paleoclimatologist Tammy Rittenour, in a selfie captured in Antarctica, studies extreme environments throughout the globe. The director of the USU Luminescence Lab was tapped to study rare ice core samples from Greenland's abandoned Camp Century. 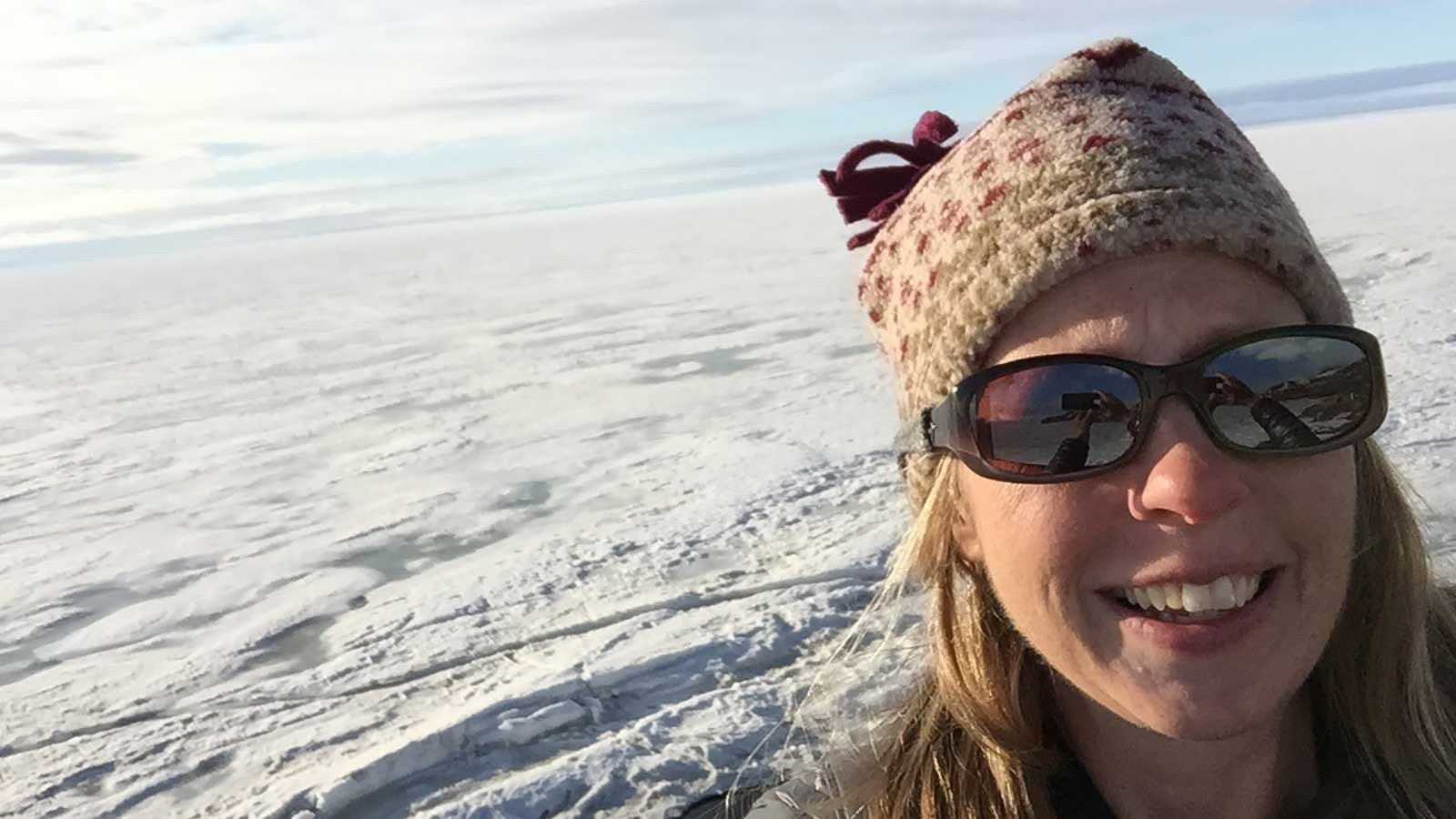 In 1960, as the Cold War heated up, the U.S. Army launched “Project Iceworm,” a top secret effort to build a network of mobile nuclear launch sites under the Greenland Ice Sheet. Hampered by brutal blizzards and unstable ice conditions, the project, located at Camp Century in northwestern Greenland, was cancelled in 1966.

A curious remnant of the doomed project – unique sediment collected at the bottom of a 1.3-kilometer-long ice core extracted from the site – languished in storage for years at New York’s University of Buffalo. Largely forgotten for decades, the sub-ice samples, which captured a rare slice of dirt from beneath the ice sheet, have recently sparked intense, multi-university, multinational study. Among the experts tapped to analyze the precious specimens is Utah State University geoscientist Tammy Rittenour.

“I was invited to help with the project because of my expertise with optically stimulated luminescence (OSL) dating”, says Rittenour, associate professor in USU’s Department of Geosciences and director of the USU Luminescence Laboratory, one of a few such research facilities in the United States.

Stored in 28 “cookie jars” and currently held at Denmark’s University of Copenhagen, the muddy sediment collected from beneath Camp Century provides an extraordinary glimpse into the past, Rittenour says.

“Very few ice cores taken from Greenland have reached under the ice sheet,” she says. “One of the researchers on the project notes there’s less of the Project Century samples than Moon rocks. Why the samples are significant is they provide clues to when Greenland’s ice-covered terrain was last exposed and ice-free.”

Such information could answer questions about Earth’s future global climate and sea level under warmer conditions.

“Our findings are preliminary, but OSL dating of the samples suggests the site was free of ice as recently as 400,000 years ago during a warm period between ice ages,” says Rittenour, a Geological Society of America Fellow. “

If the site was exposed that recently, it challenges long-held assumptions the Greenland Ice Sheet has covered Camp Century’s site, without interruption, for more than two million years.

“The Greenland ice sheet may be more sensitive to climate change than we realize,” Rittenour says. “This has important ramifications because as if the sheet melts, sea level will rise significantly and drown coasts globally.”

Study of the Camp Century samples affords Rittenour and her students a valuable opportunity to participate in a cutting-edge, international scientific collaboration.

“With colleagues around the world, we’re striving to tease every bit of precious information out of these rare samples we can,” she says. “We’ve handled each tiny specimen with surgical precision, because you don’t get a second chance.” 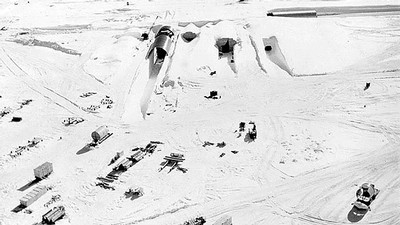 A declassified photo from the early 1960s of the U.S. Army's abandoned 'Project Iceworm’ at Camp Century in Greenland. The top secret project, cancelled because of unstable ice conditions, was intended as a network of mobile nuclear missile launch sites. 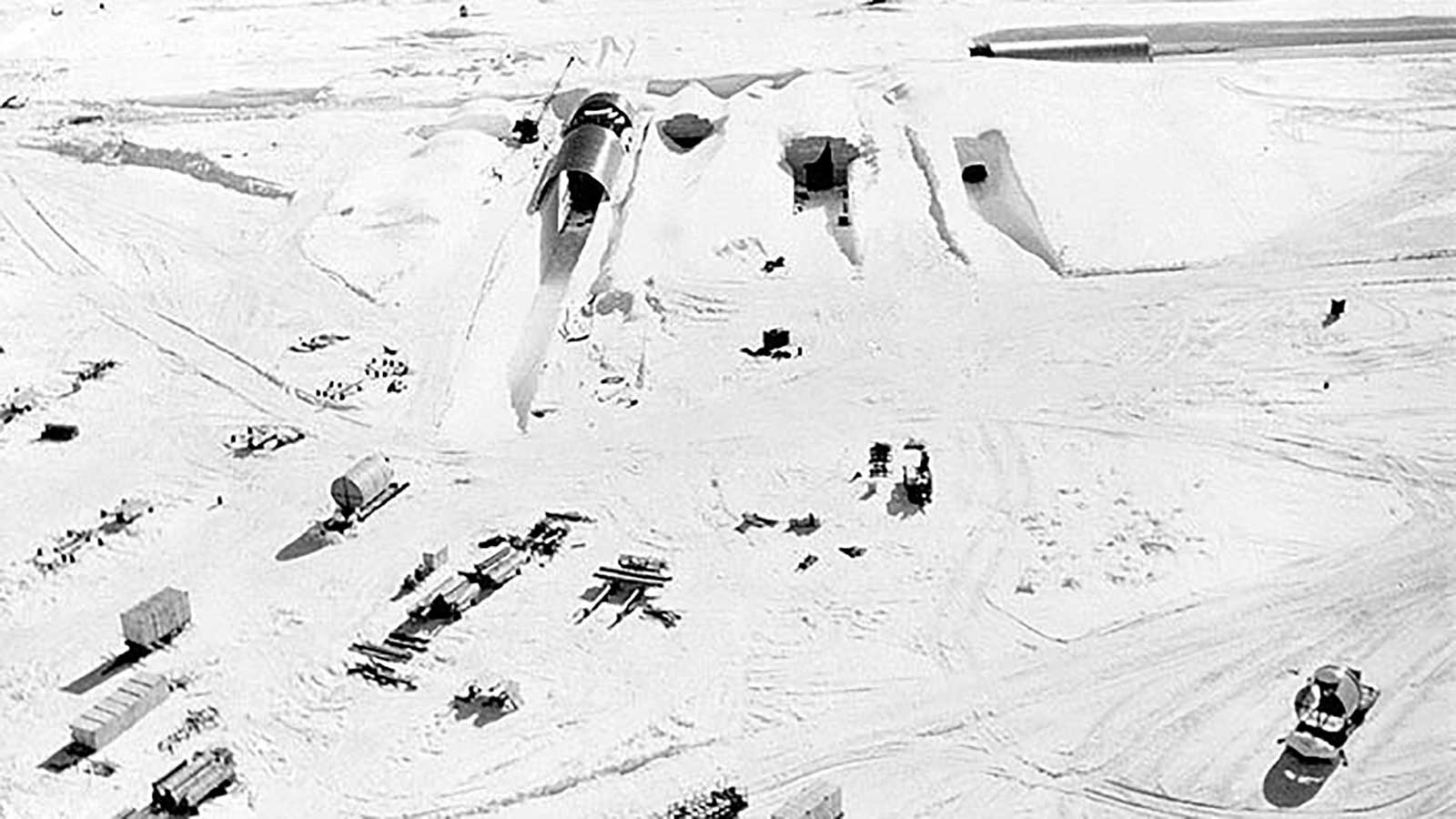 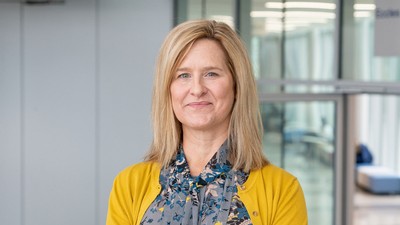 USU researchers found that the predicted rate of water storage loss in Utah's reservoirs does not include sediment from wildfires. This is concerning as wildfires have increased 20-fold in the past 30 years.