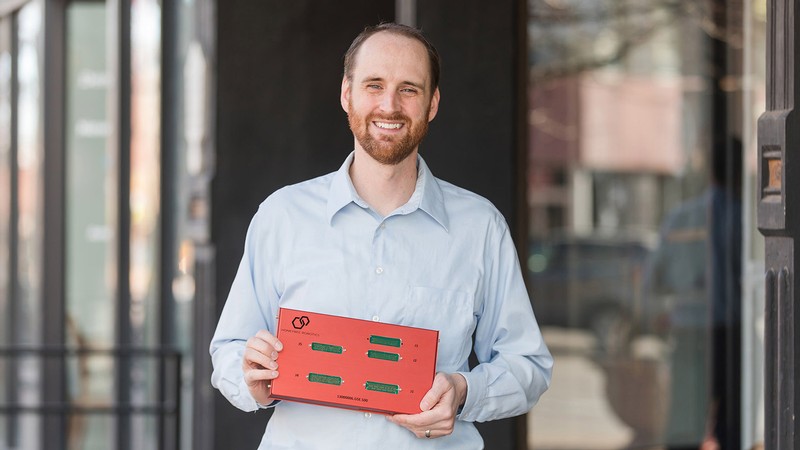 Matthew Fifield, '08, is a test manager at Honeybee Robotics in Longmont, Co. He develops aerospace products for NASA, SpaceX and Amazon. 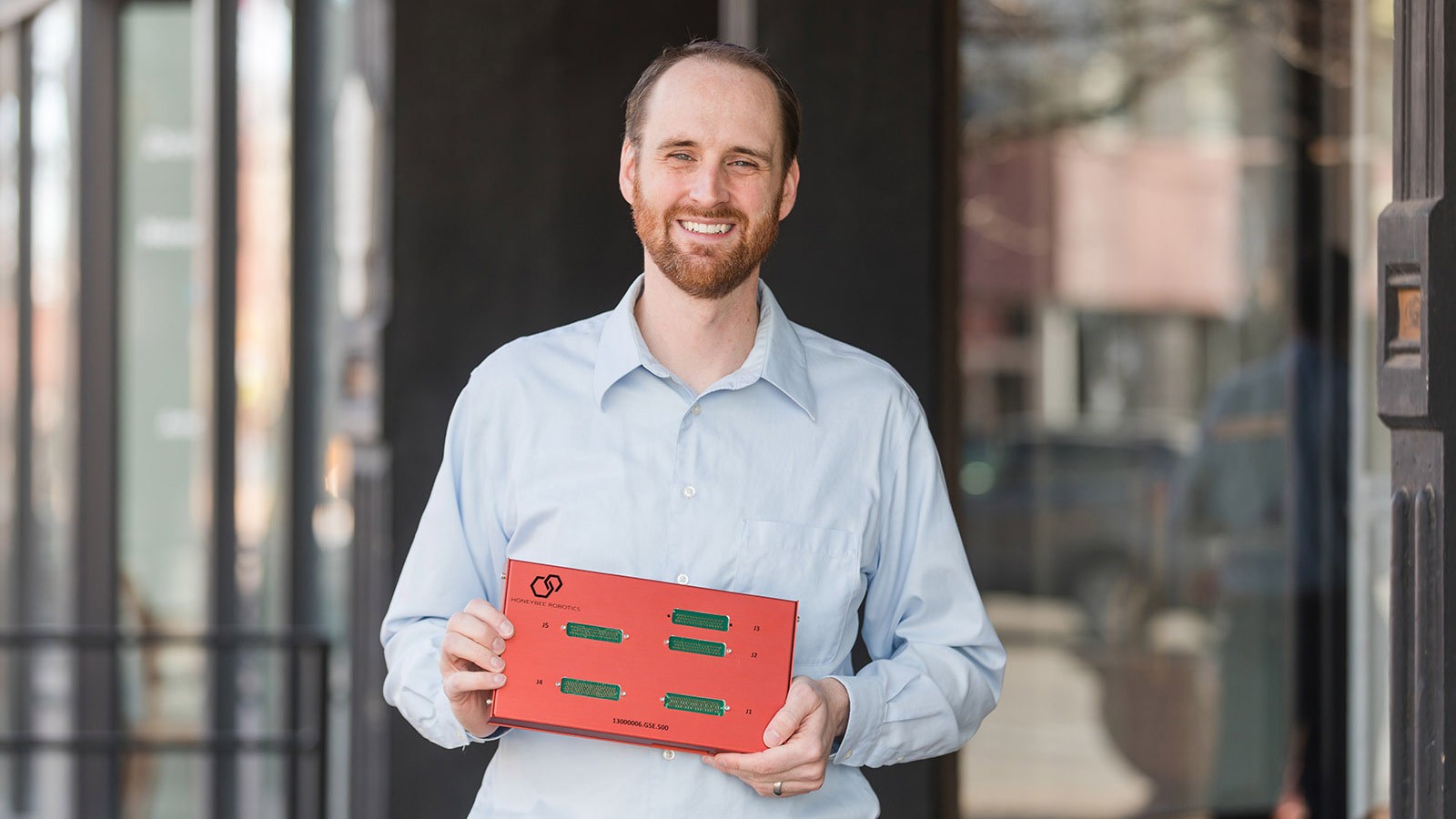 Last month, the world watched as Perseverance landed on Mars to begin its mission. Events like this speak to many people’s inner space geek, but for Matthew Fifield, it was more personal. Honeybee Robotics, where he works as a test manager, built a component for the rover.

“We built that,” said Fifield, ’08. “It’s really one of the greatest feelings in the world to watch your product get launched into space.”

Fifield is a full-blooded Aggie, the child of two USU alumni. He came to USU to study engineering, and his love for satellites and rockets pulled him toward the aerospace emphasis. Fifield was a member of the Honors Program and worked as a tutor in the Department of Mechanical Engineering. But what really made Utah State his home was music.

“The band was my family while I was there,” Fifield said. “It was my release, and it kept me centered and sane. I was at every football game at the 50-yard line down on the field just playing my trumpet as loud as I could.”

After graduating from Utah State, Fifield worked for Orbital ATK, now part of Northrop Grumman. For two and a half years, he worked on the Space Shuttle program as part of the pyro team; he helped design products that would go on the space shuttle and explode on purpose. And yes, he says it’s as fun as it sounds.

In 2010, Fifield took a job as a project engineer with Ensign-Bickford Aerospace & Defense in California. For several years, he continued designing pyrotechnic products, things like explosive initiators, safe and arm devices and explosive separation nuts. But a meeting with his manager helped him realize that while design was fun, he was more interested in testing the products and showing customers how they work. His manager astutely suggested he apply to be a test engineer.

Being a test engineer is kind of like being Edna from “The Incredibles:” your clients have very precise needs, and your products have to withstand otherworldly circumstances. On any given product, Fifield will run dozens of tests: a vibration test to simulate a rocket launch; a vacuum test to mimic the airlessness of space; or a temperature test to see if the product can withstand extreme heat and cold.

Since 2018, Fifield has worked at Honeybee Robotics in Longmont, Co., where he and his team tests mechanisms that have either a motion or rotation component. Their most popular product is a positioning device for spacecraft solar panels (solar panels still face the sun, even when the spacecraft body doesn’t).

Some of Fifield’s major clients include NASA, JPL, Lockheed Martin, SpaceX and Amazon. The latter two are among a handful of companies putting together a global network of small satellites that broadcast internet down to Earth. In other words: Wi Fi accessible from anywhere, whether you’re in the middle of the Pacific or on an expedition in the Arctic.

“That’s aerospace for you,” Fifield said. “It’s never the same thing. Every day, every week, it’s something new and exciting you’re being introduced to.” 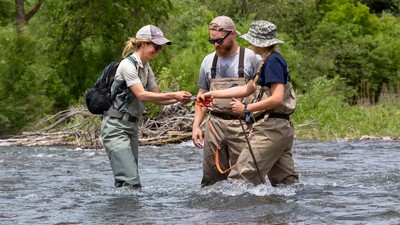 Two retired NASA astronauts will share highlights from their distinguished careers at a special event commemorating a new scholarship that will support Utah State University's brightest.