Caught in a Crunch

Like many college-bound 18 year-olds, Jacob Norr's path seemed set after graduation. The fresh-faced, sterling scholar from Bear River High School had a diploma in one hand and an acceptance letter to USU in the other. On academic scholarship and a few loans, he stepped onto the Quad last September ready to take on the world. In four years, he expects to graduate with a degree in computer science, after which he hopes to get a job designing video games.

A few months and many sleepless nights later, Norr found himself jobless, struggling to make ends meet and knee deep in debt. By the time he got around to registering for fall classes — he could only take generals, because he didn't have the prerequisites for computer science classes — he ended up waitlisting every class. As fee deadlines rolled past him, leaving him 15th, 20th, or sometimes 30th or sometimes further down on a list, Norr had a decision to make. With little time or money to spare, Norr decided that school would have to take a break. Classes were too big and tuition too expensive for him to sit still.

"I'm still planning on going to school, but I'm looking for the school that has the best options and best times for me," Norr said.

According to Steve Sharp, director of the Financial Aid Office, there are hundreds of college students in Norr's position struggling to balance university life with the real world. According to U.S. News and World Report college education rankings, only 28 percent of students will graduate from USU in four years.

"(Students) will come back after some hard knocks in the work place saying ‘Hey, I really do need this education. This is going to help me prepare for a better life,'" Sharp said. "Not everyone takes their education seriously in the beginning. There are a lot of people that are not quite ready."

For those in situations like Norr's, the decision to drop out of school, either temporarily or permanently, doesn't amount as much to slacking off as it does to time and money. According to the Office of Analysis, Assessment and Accreditation's 2008 employment survey, 71 percent of full- and part-time students have a job — 61 percent of those being full-time workers. Sharp warned that this can be overwhelming and sometimes unnecessary. He said even though we live in a culture that discourages incurring debt, sometimes students will graduate faster and get more out of their investment if they lean on student loans.

"If you borrow and still live like a student, then that's good," he said. "It would be a really dumb thing to do to take out a student loan to buy a car for example, or to finance vacations or electronic toys. Those not only depreciate, but you're going to be paying interest on them for a long time, and that's a really stupid thing to do."

According to U.S. News rankings, USU ranks 13th lowest in the nation for having students graduate with debt. Sharp said the default rate for loans hovers around two percent, compared with six to seven percent nationally. His suggestion for students who have to work is to keep it below 20 hours a week.

"We have a lot of married students and students with children, and it is extremely hard to be working a full-time job and trying to be going to school. Very few pull that off," he said.

Norr, who has student loans as well as pre-college debts to pay off, said he is looking for cheaper and faster alternatives to USU, like Western Governors University, which is based online, or Bridgerland Applied Technology College. Norr, who didn't carry a job his freshman year, said when he comes back to school there's a a good chance he'll be carrying one or two jobs to make ends meet.

"It would be a lot to juggle," he said. "I'd probably lean on my family a lot for words of encouragement."

Not quite out of the dog kennel

Taylor Halversen isn't one to stay still, she said. With a full class load, musical groups and extracurriculars, the honors sophomore is sometimes on campus nine or 10 hours a day. With a plate that spills over, she said there would be no time for a job if she wanted one.

To students who are working 30 or 40 hours a week, Halversen may seem to have the easy life. With two valuable scholarships that cover her tuition, student fees and housing, she's one of the few students not consistently checking Banner to see when her grants or loans are coming in.

However, there is more than meets the eye, she said.

"Basically, high school was college for me. I earned my scholarships — it didn't come on a silver platter," Halversen said.

In order to earn money for college, Halversen said she not only took multiple college classes in high school, but worked a part-time job and saved all the money she could. Even now, she is living independently without financial support from her parents, and she said she has to cover the cost of textbooks on her own.

"Students know the value of a dollar if they work for that dollar," she said.

Norr said if he were to do it again, he‘d get more involved on campus — invest time and energy into his education.

"It's really big," he said. "It's the difference between somebody handing you a shiny car and working for two or three years just to make the down payment on that car and then paying it off with a loan. It's yours, and it makes it that much more special. It teaches a lot more responsibility."

When Sumiko Martinez was a senior at Westminster College, she said she found herself overloaded with a full class schedule and four part-time jobs.

Martinez, who is now an outreach coordinator for the Utah Higher Education Assistance Authority, said getting little sleep and having no social life caused her grades to slip. She said this is what made her step back to evaluate what she was doing.

"Every moment of free time was taken up by work," she said. "If I were do it again, I would have worked 20 or 25 hours tops.

Between work and school, Martinez said students have a tendency to put sleep as a last priority.

For those working their way through school, Sharp's advice is two-fold. He said students should take advantage of the opportunities that abound and get more than a diploma out of a four-year degree. With $130 million in aid given out at USU last year, Sharp said financial aid offers students a chance to explore their passions — even if it requires and investment of time and money, he said.

"We have an incredible luxury of being able to pursue education," he said. "It's just absolutely mind boggling that we as a society subsidize that kind of exploration." 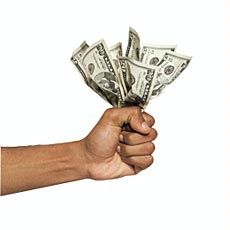 Broadcom Inc. recently donated 170 used PC laptops for the scholarships for students in grades 8 to 12 living in rural Utah counties. 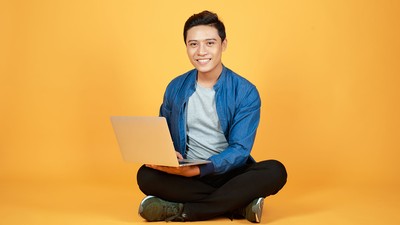 Flexibility and family-friendly policies in the workplace increase employee productivity, engagement and overall satisfaction, according to a recent study by researchers from the Utah Women & Leadership Project (UWLP).