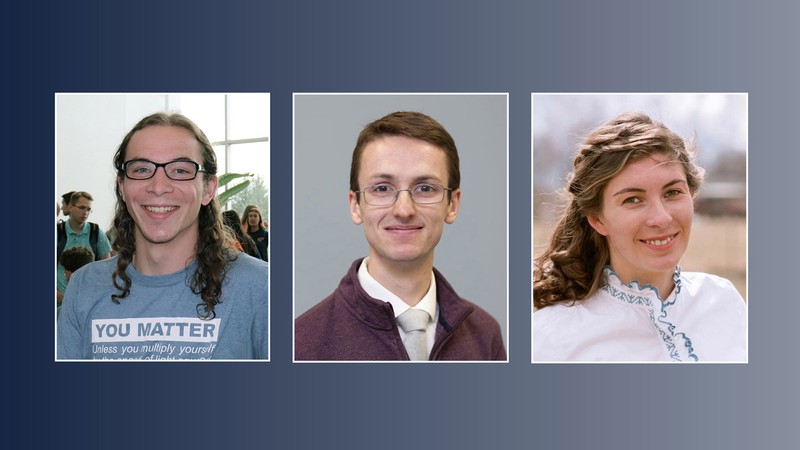 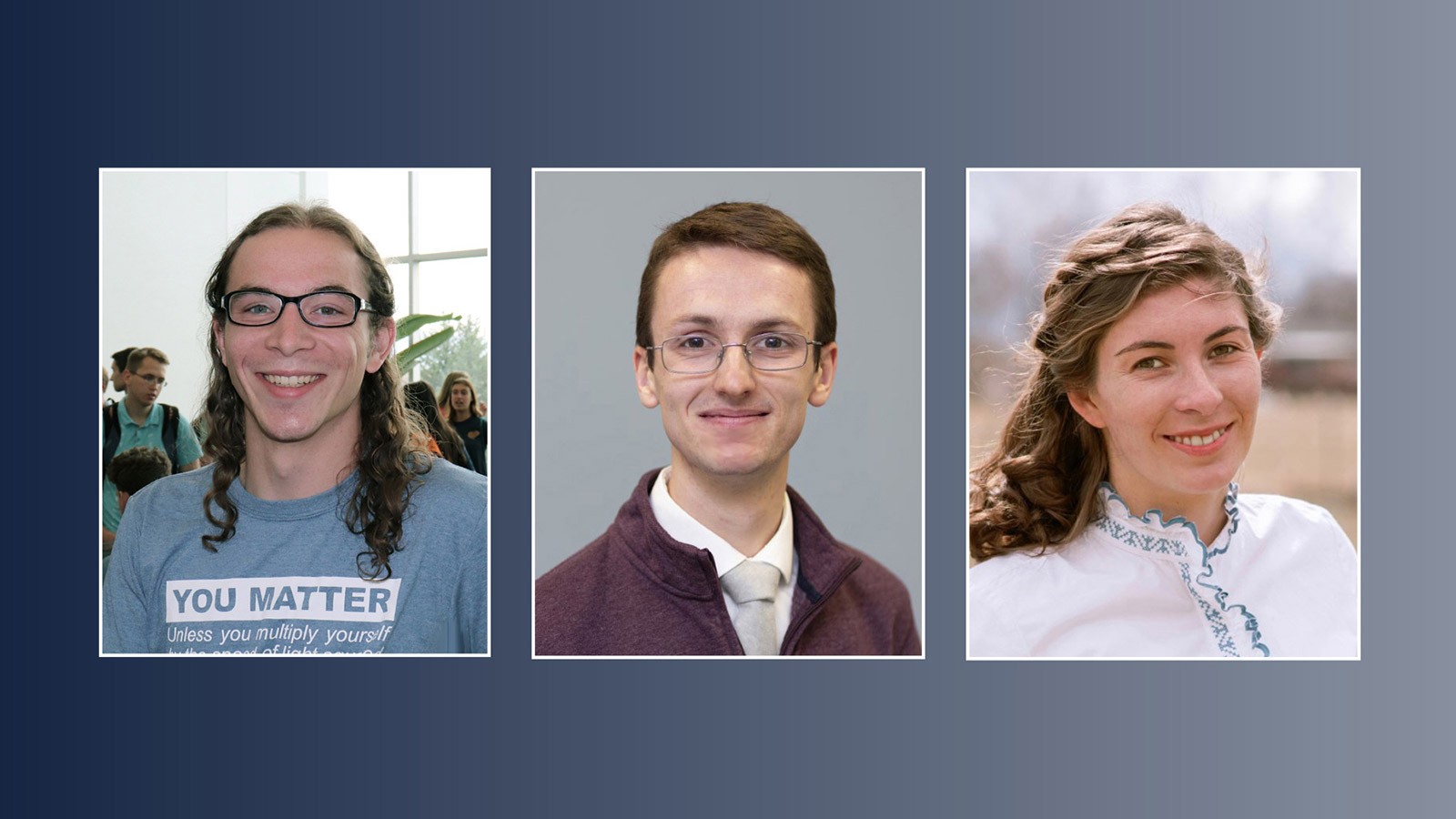 The awards were announced March 27 by the Barry M. Goldwater Scholarship and Excellence in Education Foundation, which administers the program. The Aggies are among 396 awardees selected this year, from more than 1,300 nominees representing 461 institutions.

“Once again, Aggie undergraduates are among the nation’s top STEM scholars” says USU President Noelle Cockett. “This well-deserved recognition is especially heartwarming news during these challenging times. Our scholars’ achievements are not only a testament to exceptional individual efforts in academics, research and service, but also acknowledgment of outstanding mentorship by our faculty.”

“USU has consistently matched or exceeded the Goldwater success rate of Ivy League universities like Harvard and Princeton not only because our faculty and students are so actively engaged in outstanding undergraduate research, but also because Physics Professor David Peak has worked individually with nominees to make their applications stand out,” says Professor Kristine Miller, Honors Program director.

Matthew Hogan, major in Physics, with minors in Mathematics and Computer Science

Undergraduate Research Fellow Matthew Hogan spends a lot of time in the lab watching plants grow – an endeavor he says is “far from boring.”

The Cache Valley, Utah native studies cellular interactions in plants, writing computer programs to create theoretical models of plant stomata or “pores” in the leaves of plants. He’s developing hypotheses of how plants solve the challenge of adjusting stomatal apertures at the just right time, for just the right amount of time, to allow gas exchange, yet prevent the plant from losing too much water.

“It’s a remarkable process, considering plants have no central processing unit,” he says. “This project continually challenges my brain.”

Hogan looks forward to days in the lab, along with opportunities in the classroom. His appreciation for university study was heightened, he says, by volunteer service with non-profit organizations in Colombia.

“In spring 2017, I taught English to adults, while learning to speak, read and write in Spanish,” he says. “I thought I was the one who would be teaching, but I learned more from my students.”

What stood out for him, Hogan says, is how appreciative his students were of their classes.

“This really put things in perspective for me and I no longer take education for granted,” he says. “Each day, I wake up excited to attend class.”

Hogan is a Blood Scholar, a recipient of the Department of Physics endowed scholarship program, established by the late USU Physics alum Howard L. Blood, BS’47. He’s also received an Undergraduate Research and Creative Opportunities (URCO) grant, as well as a Seely-Hinckley Scholarship.

Following graduation from USU in 2021, Hogan plans to pursue a doctoral degree in physics from the University of Arizona.

Kearns, Utah native Andrew Kjar desperately wanted to take AP Biology, but his high school didn’t offer it. Undaunted, Kjar persuaded this biology teacher to allow the teen to take an independent study course and prepare for the AP biology exam on his own.

Kjar read textbooks late into the night and stayed after school to perform AP curriculum experiments. One evening, he was so engrossed in his work, his parents frantically contacted the school looking for him.

Kjar brought the same enthusiasm to Utah State, where the Honors student has been involved in multiple research endeavors, including 3D fabrication for neural tissue engineering, study of potential implant materials and efforts to formulate a novel drug delivery system for treatment of cytomegalovirus infection.

Kjar’s interest in cytomegalovirus research was prompted by a tragedy, while the USU student spent two years in the United Kingdom.

“A family I worked with had a ten-year-son, born with a congenital cytomegalovirus infection,” he says. “The child died five months after I met the family and I witnessed their grief, as well as the extensive care their son needed during his life. I thought, ‘What can I do for people in this situation?”

Biological engineering, he’s realized, gives him the tools to combat such problems. With this focus, Kjar plans to pursue a doctorate in biomedical engineering, to conduct research in tissue models, with a focus on disease modeling.

Kjar has received a number of recognitions, including an Engineering Undergraduate Research Award and an Honors Research Fund Award. He was also named “Outstanding Junior” for USU’s Department of Biological Engineering.

Beyond the lab, Kjar is an accomplished bassoonist, who has performed with the Utah Symphony, the USU Symphony Orchestra and the Cache Symphony Orchestra. He also serves as an organist for his religious congregation.

“As I learned from my early experiences: If an opportunity isn’t offered already, find a mentor who will offer you the opportunity,” he says.

Physicist Jenny R. Whiteley is a renaissance person. A violinist in a violin, flute, harp trio, her repertoire ranges from Shostakovich to Nat King Cole. She designs clothing, making her own patterns and sewing the creations, she illustrates video poetry books and, to support her education, runs her own gardening and cleaning business.

“With the exception of second and third grades, I was homeschooled,” says the Cache Valley, Utah native. “This opportunity instilled in me self-motivation and perseverance, while preserving my creativity, enthusiasm and confidence.”

Whiteley says the experience also taught her she could learn anything, with enough effort and time, and also fostered excellent time and project management skills.

A seemingly simple demonstration in an introductory class at USU convinced her to choose physics as her major.

“I sat on a swivel stool and held a spinning bicycle wheel that propelled me around and, when I flipped in over, sent me in the opposite direction,” Whiteley says. “I was fascinated that what I was doing in class with equations did, indeed, describe the physical world.”

At Utah State, Whiteley has pursued a number of research projects, including complexity simplication of a cellular automata and development of a NASA spacecraft materials database.

Whiteley is the recipient of a number of awards, including USU Physics’ O. Harry Otteson Award, a Peak Summer Research Fellowship, a James E. Brown Scholarship and a College of Science Scholarship.

Following graduation from USU, she plans to pursue a doctoral degree in physics “to discover and invent new ways to use the power of light.”

“I am interested in doing light experimentation, such as developing laser technology,” Whiteley says. “I want to gain a greater understanding of optical theory and pursue research that combines experimental with theoretical quantum optics.”

2002
Jamie B. Jorgensen, physics and mathematics 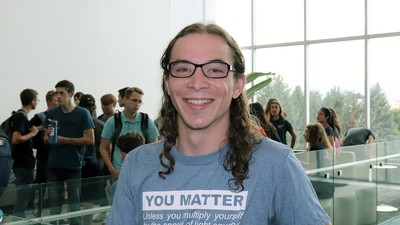 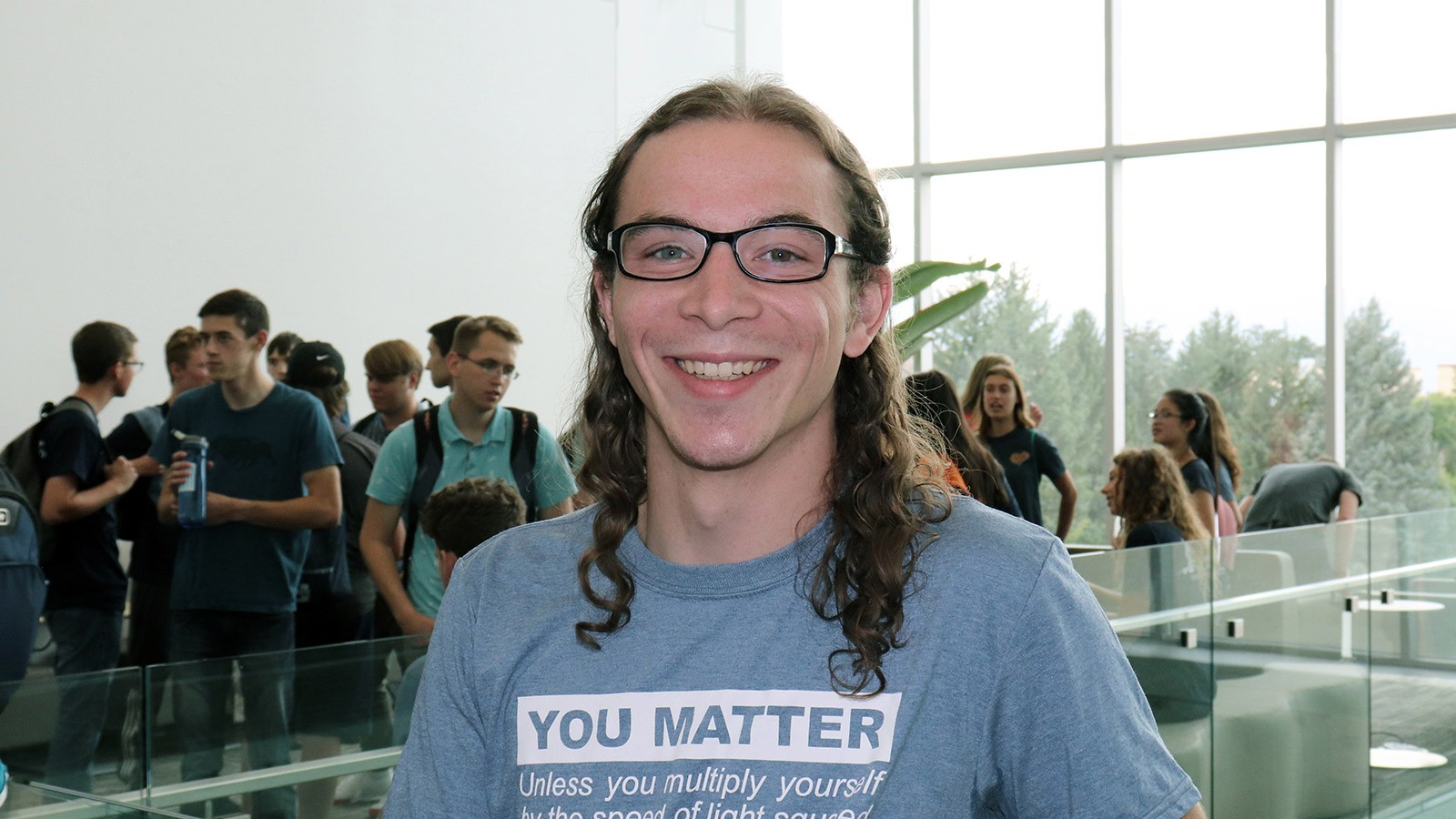 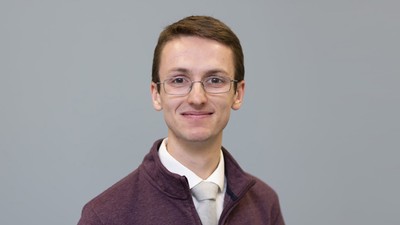 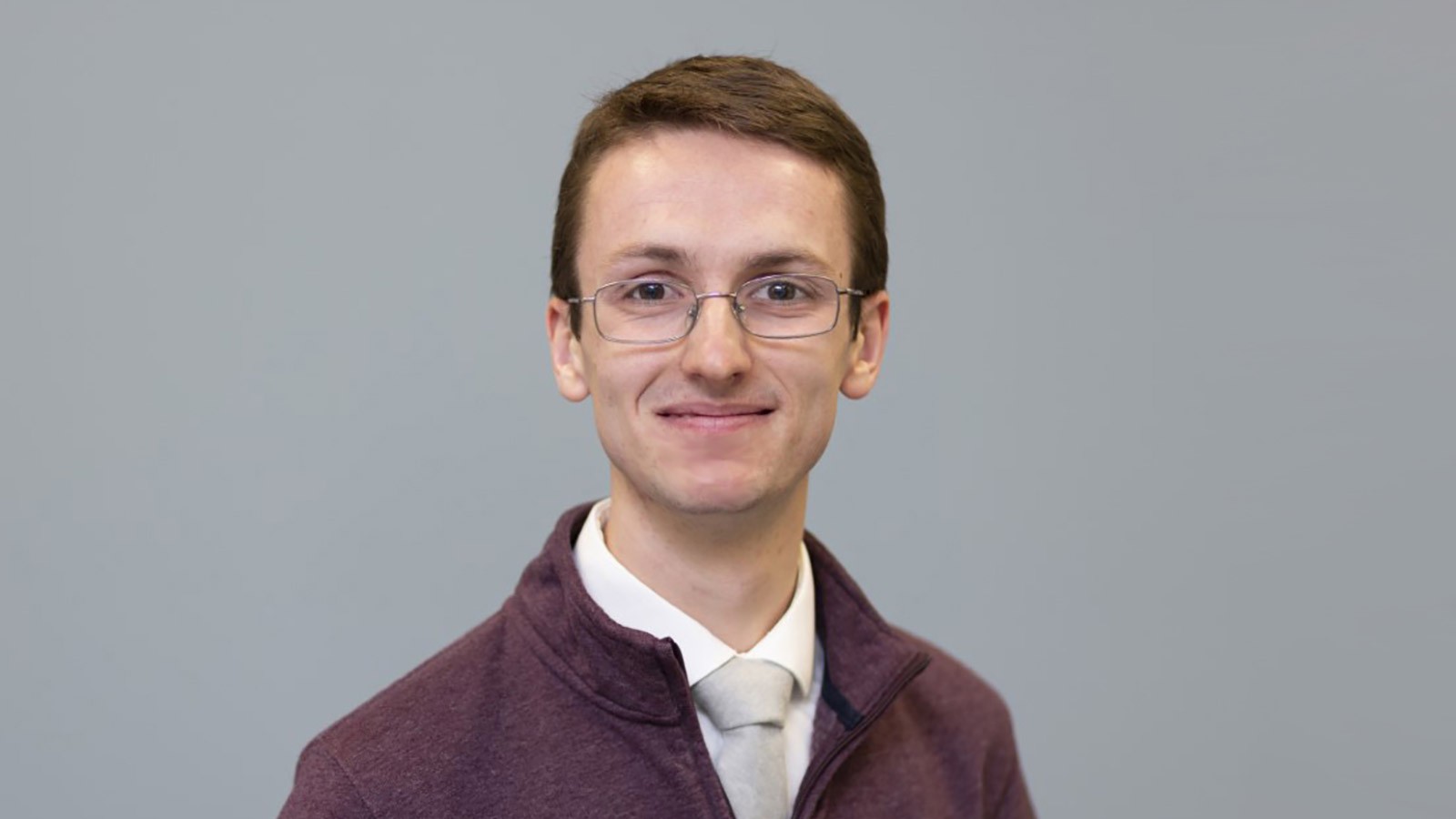 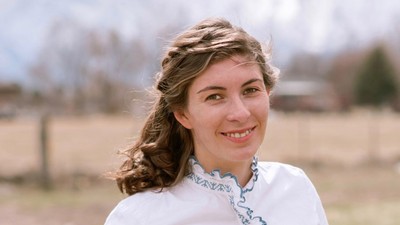 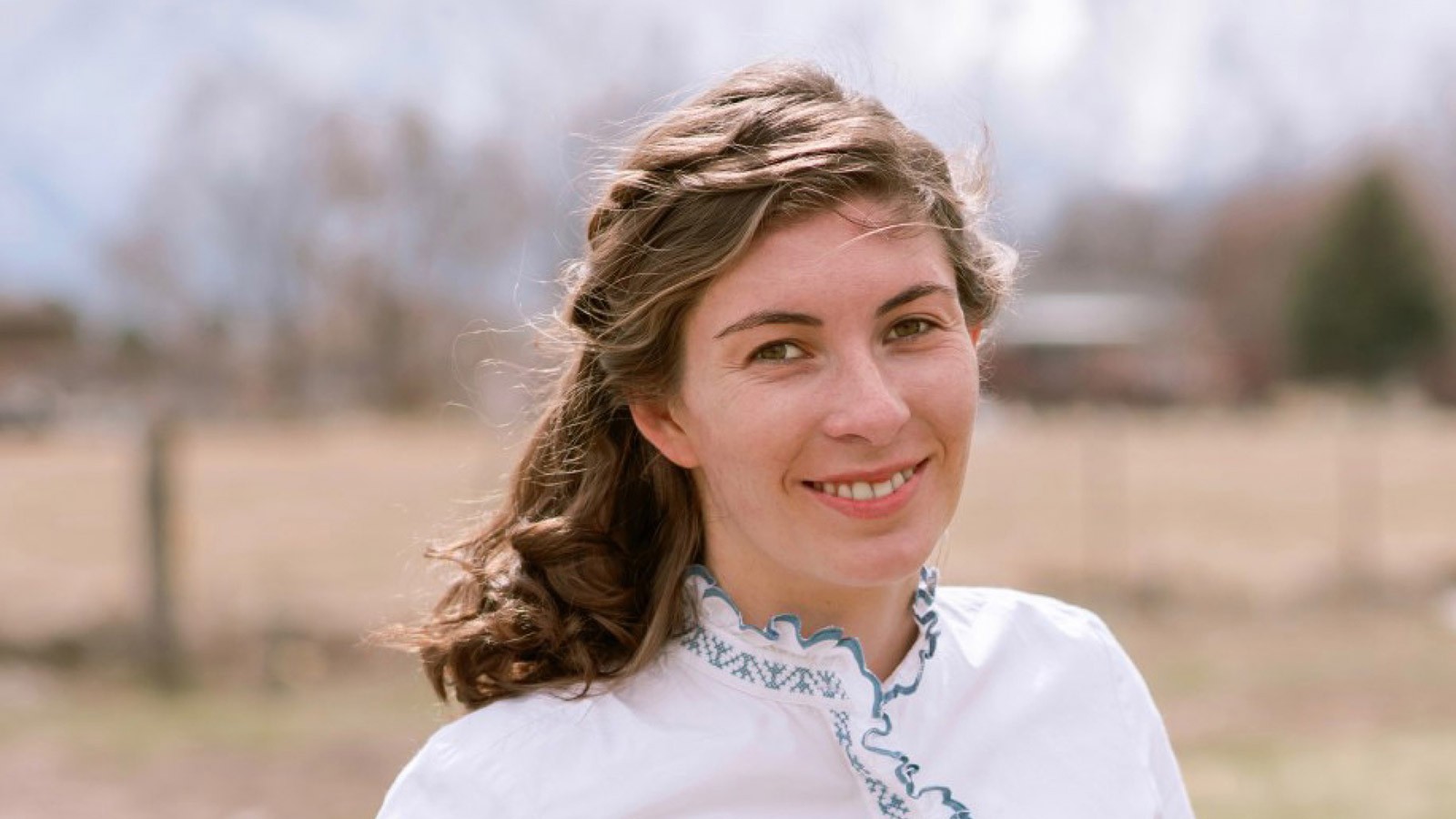 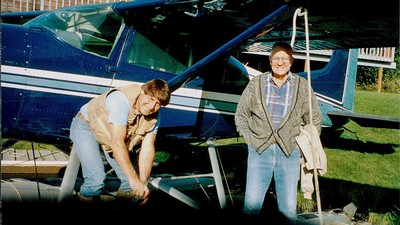