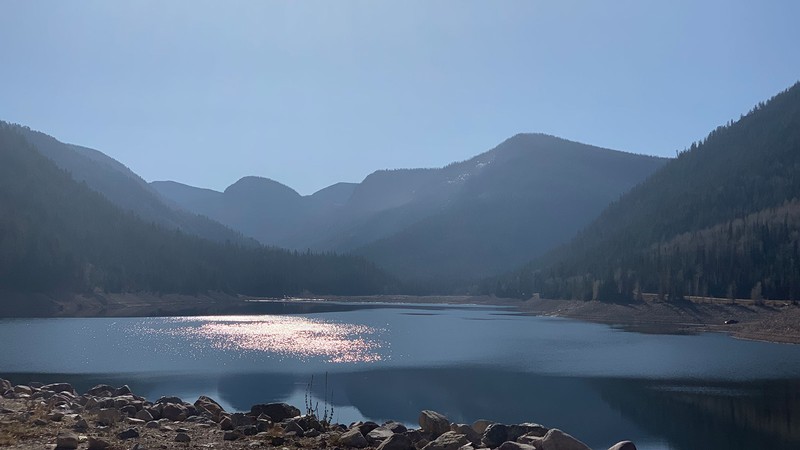 Looking south east over the full extent of Smith Morehouse reservoir at the top of the Weber River in Summit County. 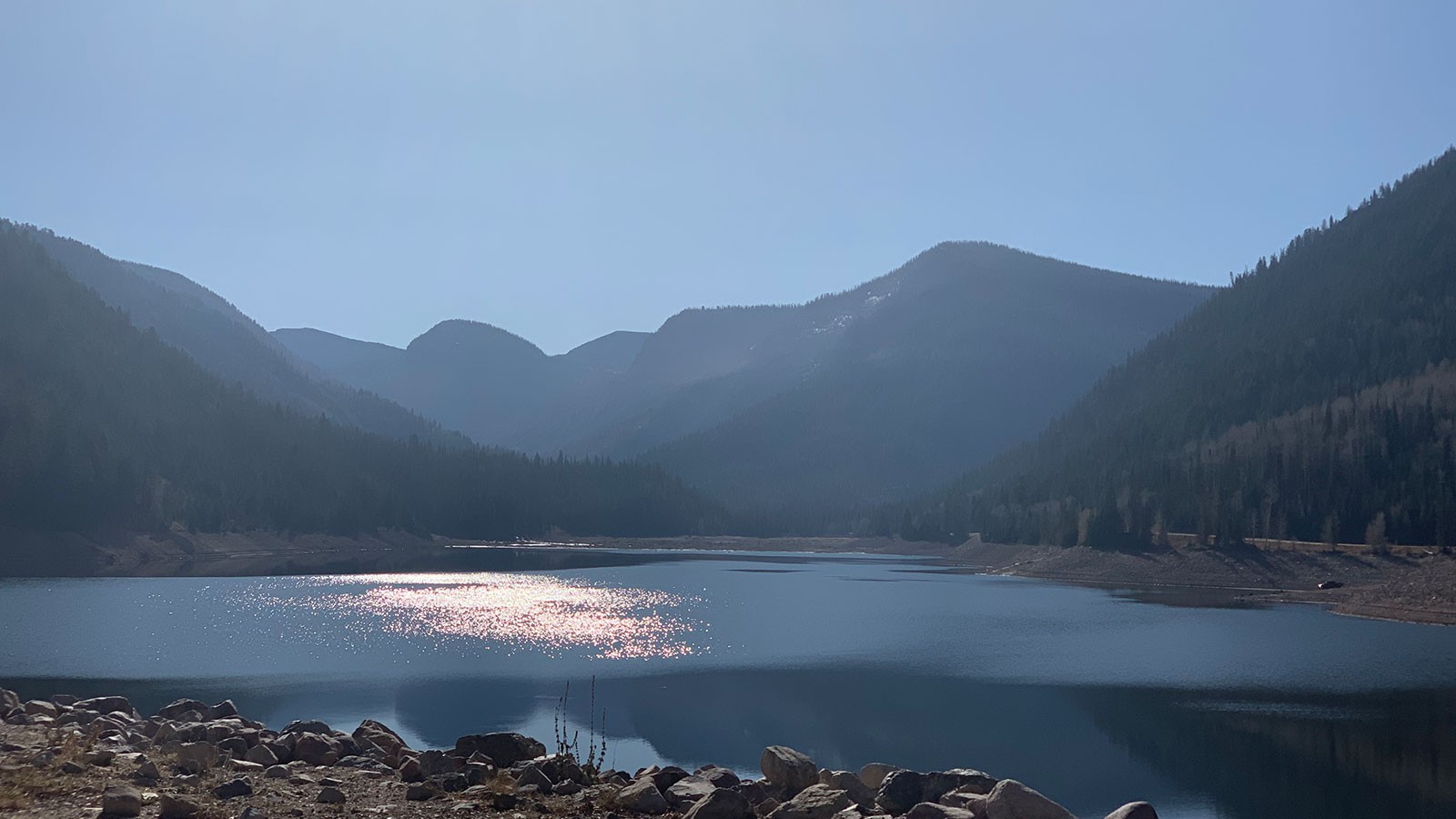 As winter 2021 in Utah continues to provide much-needed late winter snowfall, hydrologists say the state currently sits at 80% of normal snowpack. And researchers at Utah State University are already looking ahead to fire season by investigating how wildfires impact Utah’s water supply reservoirs.

There are currently 133 reservoirs that hold 99% of the state of Utah’s water storage, according to the Utah Division of Wildlife Resources. However, due to river sedimentation, which occurs when material being transported by the water gets deposited in riverbeds and reservoirs, this capacity is expected to decrease 25% by 2060. River sedimentation not only reduces the reservoirs capacity to hold water but can damage fish habitat. It is also one of the leading concerns for water security across the western United States.

USU’s AggieAir Remote Sensing Service Center recently partnered up with the Belmont Hydrology and Fine Sediment Lab, a research group housed within the S.J. & Jessie E. Quinney College of Natural Resources to study how gravel, sand and mud move through river systems. USU Professor Patrick Belmont and postdoctoral researcher Justin Stout, of the Department of Watershed Sciences, found that the predicted rate of water storage loss in Utah’s reservoirs does not include sediment from wildfires. This is concerning as wildfires have increased 20-fold in the past 30 years and have a large impact on sediment yields. Wildfires are expected to continue to increase over the next few decades, further depleting reservoir capacity in Utah.

“With Utah’s population predicted to double by 2060, it is vital to know how much water storage will be available in the coming years,” Belmont said.

To address these concerns, the team set out to conduct detailed surveys on three Utah reservoirs to calculate current reservoir capacity and sedimentation rates over the past few decades using help from AggieAir, a research service center at the university’s Utah Water Research Laboratory.

Because of the vast size and depth of these reservoirs, AggieAir Service Center Manager Ian Gowing and pilot Austin Washke were brought on to capture, at a very high spatial resolution, the topography of the exposed reservoir shoreline and large exposed deltas.

“Using the drone to capture the topography above the water saved our group approximately 4 days of surveying for each of the reservoirs,” Stout commented. “This method of collecting topographic data increases the efficacy of the surveys and is safer than having a technician moving up and down the banks on what is often slippery and unstable ground.”

So far, two of three reservoirs have been successfully surveyed—Upper Stillwater, a large high mountain reservoir on the south slope of the High Uinta’s in Duchesne County, and Smith Morehouse Reservoir at the top of the Weber River in Summit County.

Belmont and Stout began with bathymetric and traditional survey techniques to measure the current depth of the water and the surrounding areas. On November 4 and 5, 2020, AggieAir flew the same reservoirs with their quadcopter UAV, the DJI Matrice 600 Pro and MicaSesne Altum 6 band camera, to collect high resolution multi-spectral remote sensing data. At each reservoir, the imagery collected from those flights was processed by AggieAir to provide a high-resolution Point Cloud and Digital Surface Model (DSM) of the exposed shorelines and deltas. This Point cloud/DSM is combined with a DSM, representing the subaqueous topography to create a high-resolution bathymetric map. The maps can be used to compare against prior sedimentation surveys to calculate the current reservoir sedimentation rates.

Once Utah’s most vulnerable reservoirs are identified, the researchers will work with state and federal agencies to take preventative steps to reduce wildfire risk in places where mitigation efforts will do the best. Belmont said this will help Utah better prepare for water storage and management in the years to come. The researchers plan to survey four additional reservoirs in the Weber River watershed in the next year, providing more sedimentation data to decision-makers in that area.

The researchers are collaborating with a broader group of scientists from Wildland Resources at USU, Simon Fraser University and Virginia Tech, to model potential impacts of future wildfires on sedimentation. The project’s success has resulted in the researchers being selected for a 104 b United States Geological Survey grant allowing for further continuation of the research. 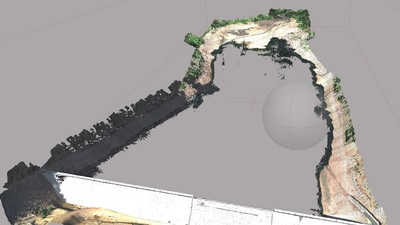 A dense point cloud, Upper Stillwater Reservoir, a large high mountain reservoir on the south slope of the High Uinta's in Duchesne County. 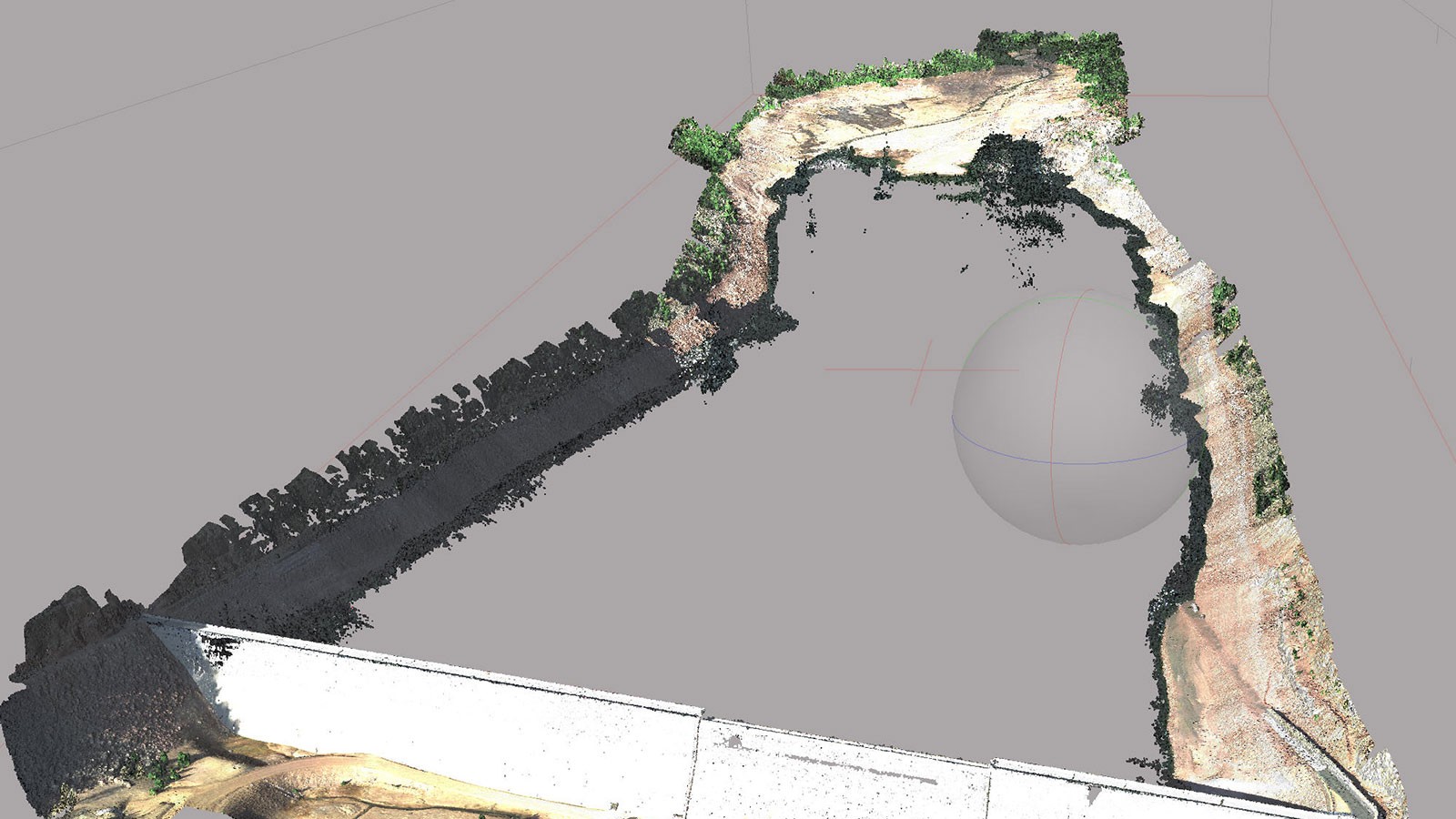 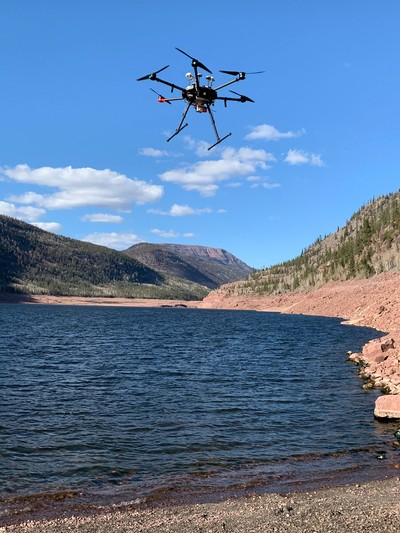 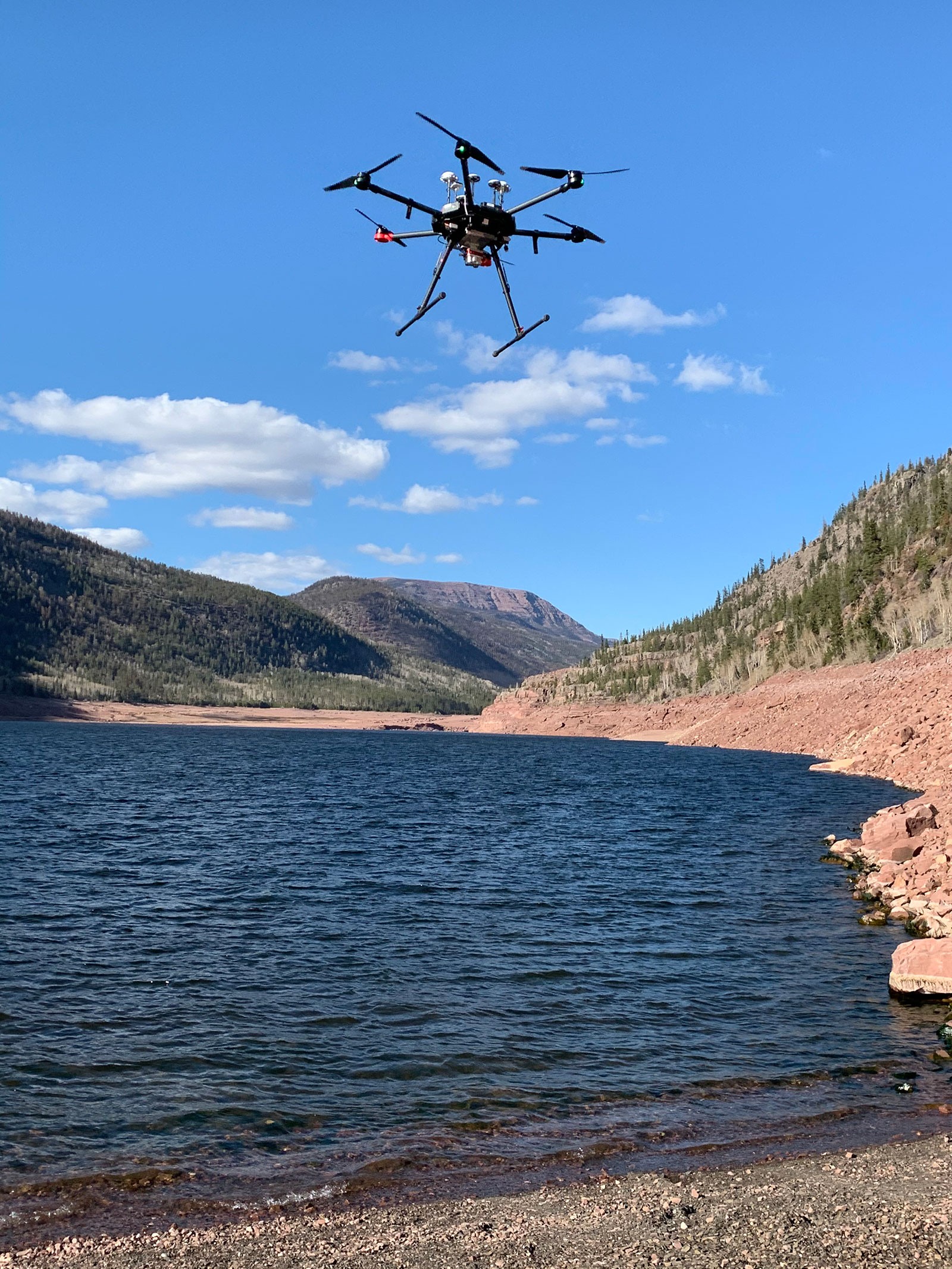 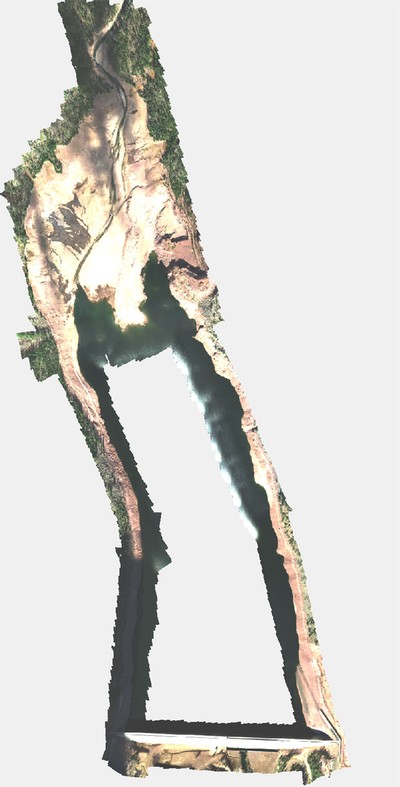 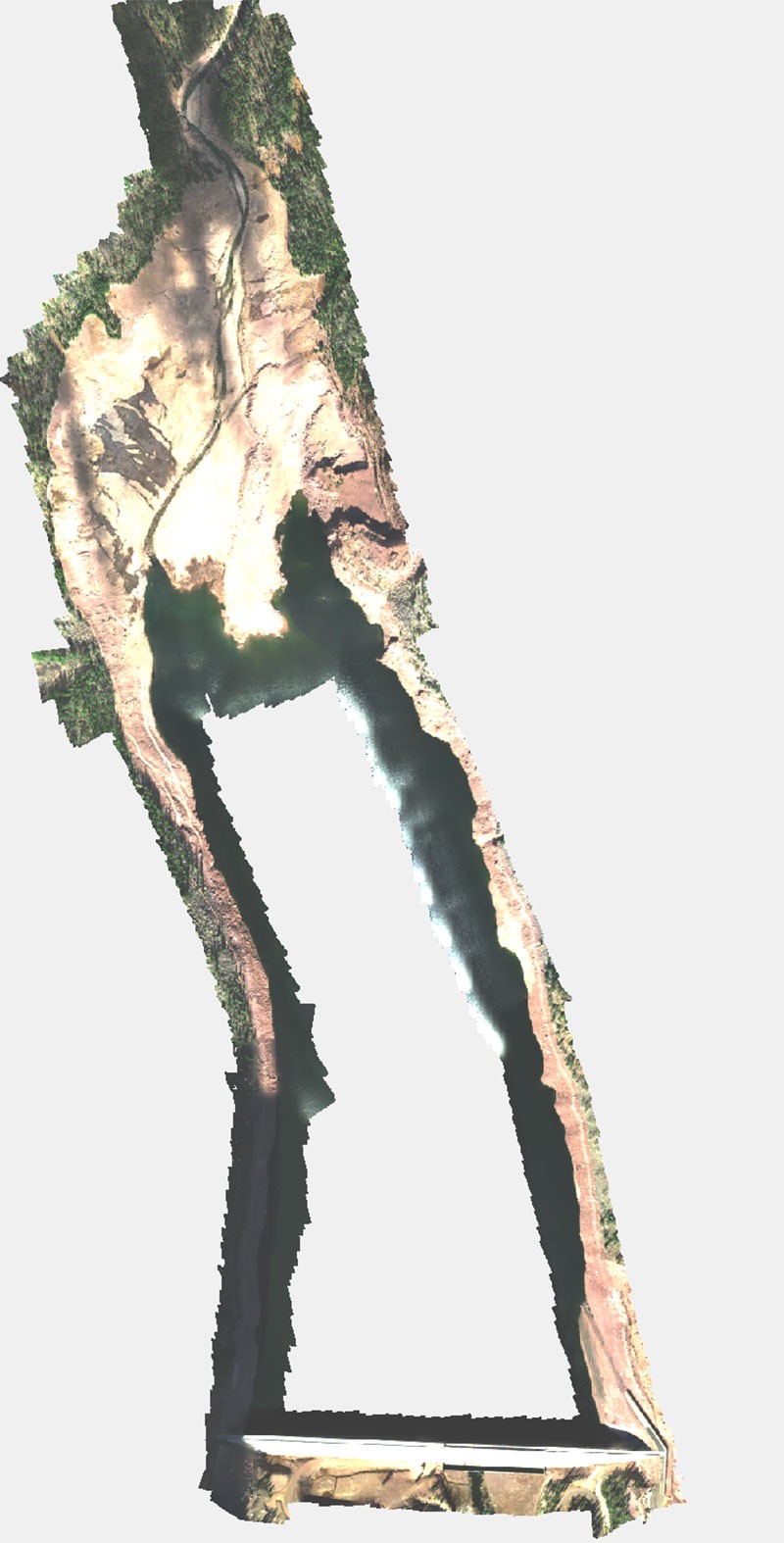