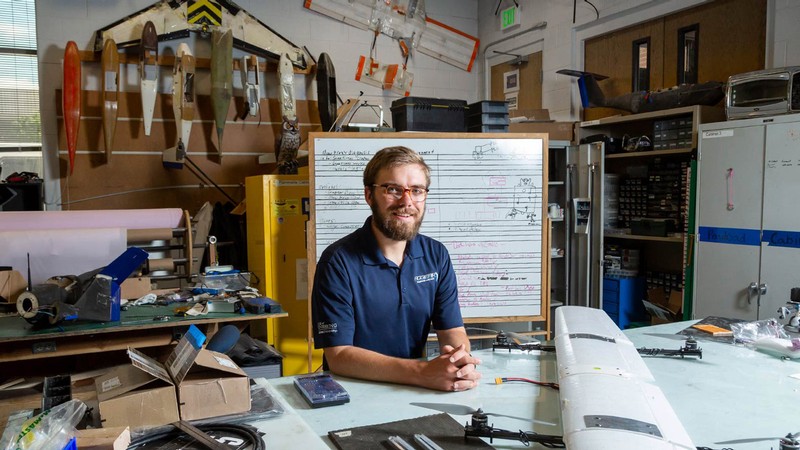 Engineering undergad Kevin Plaizier won $25,000 for designing a drone. He's been an active member of the AggieAir program for over two years and has been flying drones since high school. (Photo: Matt Jensen). 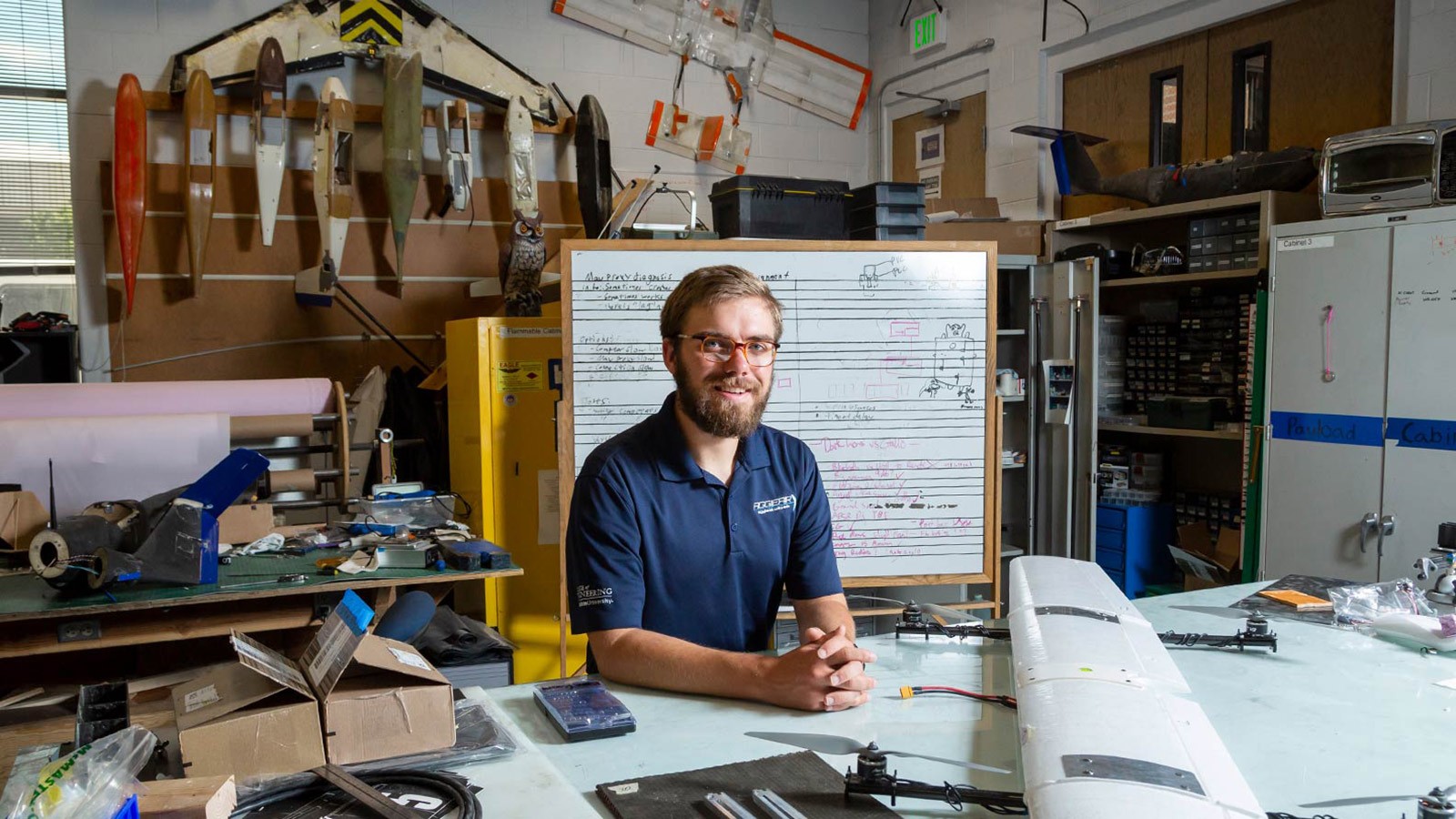 Established by actor Terrence Howard, the Lynchpin Contest challenges participants to create software and hardware systems for a "Lynchpin Drone." A Lynchpin Drone has a unique shape made of six connected hexagons, which gives it more freedom of movement than a typical drone. The drone also needed to include the following capabilities:

Plaizier is a true drone enthusiast: he has been flying drones since he was a teenager, he has worked as a research assistant for AggieAir for 2.5 years, and he has been writing code for racing drones for since 2019. So when he first heard about the contest from a YouTube video last November, he immediately signed up to participate.

“I was looking at all the comments and everyone seemed quite negative, saying, ‘no one can do it, it'll be way more expensive to do this.’ But I thought, ‘I can get it done,’ so I decided to give it a try and see what I could do.”

In February, Plaizier had a one-on-one Skype call with Terrence Howard, where the actor said he hoped someone would build a drone with 12 motors instead of the standard six. With about a month and a half before he had to submit his final model, Plaizier made some big last-minute changes.

“I had the design made and a lot of the software written to do six motors, but he really wanted 12 motors, so I scrapped the design and rebuilt it,” Plaizier said.

Out of dozens of contestants, Plaizier was chosen as one of three finalists, including two others from Switzerland and Germany. He was the only one to build a 12-motor Lynchpin Drone, a feature that gave it more stability than the other finalists’ models. That feature won him the competition.

“I was shocked,” said Plaizier. “But it’s also been cool to show that as an undergrad student that I’ve been able to do something like this.” 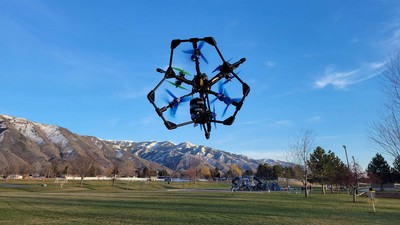 Plaizier was the only contestant to build a 12-motor Lynchpin Drone, a feature that won him first place. 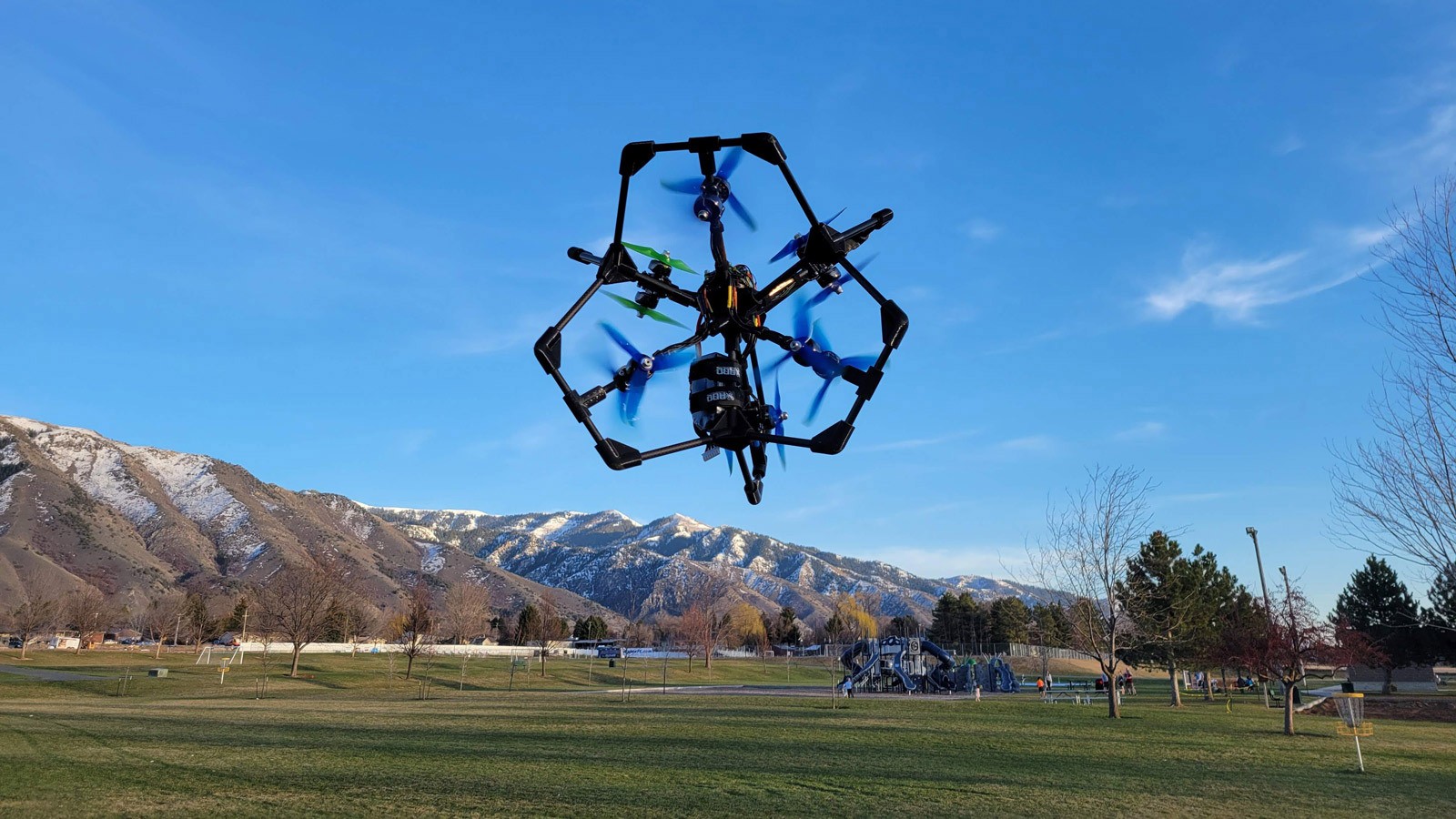 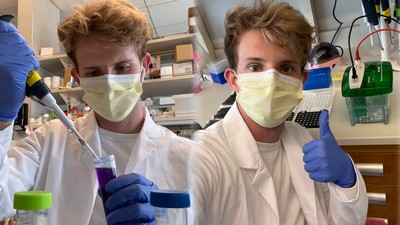