Winners of the Evans Biography and Handcart Awards will be honored at a public ceremony Friday, Sept. 22, on the Utah State University campus. Richard L. Bushman, Gouverneur Morris Professor of History, Emeritus, at Columbia University, is the winner of the Biography Award for Joseph Smith: Rough Stone Rolling, the most complete biography to date of Mormonism’s founder. The book is published by Alfred A. Knopf.
Gregory A. Prince and William Robert Wright will accept the Evans Handcart Award for their David O. McKay and the Rise of Modern Mormonism (University of Utah Press).
Both books were published in 2005.
Members of the Evans family will be on hand for the awards ceremony, which begins at 2:30 p.m. in the Eccles Conference Center at Utah State University. It will be followed by a reception and book signing. The ceremony and reception are free and open to the public. Copies of the winning books will be available for purchase at the reception, courtesy the USU Bookstore.
A prolific author, Bushman is a respected social and cultural historian of early America and authored The Refinement of America: Persons, Houses, and Cities (Alfred A. Knopf, 1992), which was a History Book Club and Book of the Month selection. He won the Bancroft Prize in 1967 for From Puritan to Yankee: Character and Social Order in Connecticut, 1690-1765. Bushman has written articles on subjects ranging from the American Revolution to modern-day religion. He is noted for his many scholarly articles on Joseph Smith and an earlier book, Joseph Smith and the Beginnings of Mormonism (University of Illinois Press, 1984).
During his visit to Logan, Bushman will meet with faculty and students in the USU history department and the LDS Institute of Religion. In addition, he will introduce Tom Alexander, the featured speaker at the Leonard J. Arrington Lecture Sept. 21 in the Logan Tabernacle.
Handcart winner Gregory A. Prince is president and CEO of Virion Systems, Inc., a Maryland medical research company. His co-author, William Robert Wright, is a retired attorney with a law degree from the University of Utah. Prince has worked as a visiting professor of pathology at the UCLA School of Medicine and as a research professor of pediatrics at the Armed Forces University of Health Sciences. He is also the author of Power from on High: The Development of the Mormon Priesthood (Signature Books, 1995) and is a member of the board of Dialogue: A Journal of Mormon Thought.
Wright practiced law in Washington, D.C., and Salt Lake City. He served as chair of the Utah Board of Regents, the Utah State Board of Education and the National Association of State Boards of Education. He was the 1980 Republican candidate for governor of Utah, chairman of the Utah Republican Party and LDS mission president in Washington, D.C.
The $10,000 Evans Biography Award, which was established in 1983, recognizes outstanding research and writing of a biography of a person who lived in or had significant influence on the Mormon West or who was part of Mormonism’s pre-Utah history. The $1,000 Handcart Award, established in 1996, is given each year to a biography of merit, often by an author who is not an academic historian, who contributes to an understanding of the Mormon-settled West. The subjects and authors of the winning biographies in both categories do not need to be affiliated with the Church of Jesus Christ of Latter-day Saints. The Evans Awards were endowed by David Woolley Evans and Beatrice Cannon Evans, both born in 1894.
The Mountain West Center for Regional Studies, which administers the Evans Biography Awards, was established at Utah State University in 1986 to advance the understanding of the Mountain West region through interdisciplinary studies and to link university expertise with regional needs and interests. For information, call the Mountain West Center at (435) 797-3630 or visit its Web site.
Contact: Glenda Nesbit, (435) 797-3630 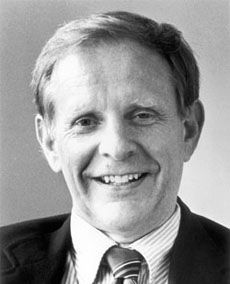 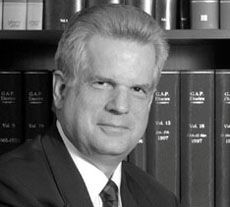 Gregory A. Prince is an Evans Handcart Award co-winner. 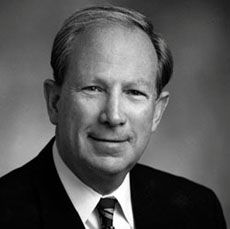