An autobiography by an English-born survivor of the Martin-Willie handcart disaster of 1856 and the story of a Scottish convert to Mormonism are the winners of this year’s Evans Biography and Handcart awards. Presented at Utah State University, the awards are administered by USU’s Mountain West Center for Regional Studies.
Recollections of Past Days: The Autobiography of Patience Loader Rozsa Archer, edited by Sandra Ailey Petree, is the Evans Biography Award winner. The book is the eighth volume published by Utah State University Press in the Life Writings of Frontier Women series edited by Maureen Ursenbach Beecher.
“Mrs. Archer’s story touches many of the important events in Utah and American history,” said Elaine Thatcher, Mountain West Center director. “Not only did she survive the Wyoming blizzard that killed many people in the Martin and Willie handcart companies, but she also married a soldier who came to Utah as part of Johnston’s Army during the Utah War of 1857-58.”
Archer, working as an Army laundress, traveled with her husband to the East when his unit was recalled for the Civil War. She ran a boarding house in Washington, D.C., when the capital was consumed with events of the war.
Her autobiography gives vivid expression to her life and surroundings, Thatcher said.
The Evans jurors praised the book, noting that it is a delectable study, rich in detail and exquisitely edited.
“The notes, alone … are a stunning scholarly accompaniment to the autobiographical text,” a juror wrote.
“This [is] a book to be picked up time and again, rather than relegated to some cherished yet marginal ‘Mormon women biography shelf,’ simply because Patience comes across as a living and vivid figure,” another said.
Recollections of Past Days editor Sandra Ailey Petree is an associate professor of English at Northwestern Oklahoma State University in Alva, Okla. She received her doctorate in American literature from the University of Arkansas in 1999, where her dissertation was titled “The Power of the Word: Self-Inscription in the Journals of Nineteenth-Century Mormon Women.” Beecher, in her foreword to the book, calls Petree’s dissertation “superb,” saying that it prompted her to ask Petree to edit Archer’s memoir.
The Evans Handcart Award was awarded to Scottish Shepherd: The Life and Times of John Murray Murdoch, Utah Pioneer, by Kenneth W. Merrell. The subject of the book was Merrell’s great-great grandfather, a convert to Mormonism who came to America, helped in the resistance to the federal troops in 1857 and was an elected official in Wasatch County, founding its first sheep cooperative.
The Evans judges called the book a very solid work that is nicely done with good photos to illustrate.
“It is a good example of how a ‘family’ history can be written and produced for public consumption,” the judges said.
Merrell, author of Scottish Shepherd, is a professor of school psychology and head of the special education area in the College of Education at the University of Oregon in Eugene. He has received a number of awards in his field and has written seven books on psychology topics. Scottish Shepherd is his first history book. He has an avid interest in western social history, with particular interests in Mormon history, Utah history and the history of the Oregon Trail.
“These two books are not only outstanding biographies, they are also timely,” Thatcher said. “Both touch on events of the Utah War, the sesquicentennial of which is being commemorated this year.”
The $10,000 Evans Biography Award, established in 1983, recognizes outstanding research and writing of a biography of a person who lived in or had significant influence on the Mormon West or who was part of Mormonism’s pre-Utah history. The $1,000 Handcart Award, established in 1996, is given each year to a biography of merit, often by an author who is not an academic historian, who contributes to an understanding of the Mormon-settled West. The subjects and authors of the winning biographies in both categories do not need to be affiliated with the Church of Jesus Christ of Latter-day Saints.
The Evans Awards were endowed by the family of David Woolley Evans and Beatrice Cannon Evans, both born in 1894.
The Mountain West Center for Regional Studies was established at Utah State University in 1986 to advance the understanding of the Mountain West region through interdisciplinary studies and to link university expertise with regional needs and interests.
An awards ceremony will be held September 28 on the USU campus, along with book signings in various locations and classroom appearances by the authors. More information will be available about these events at a later date. For information, call the Mountain West Center at (435) 797-3630 or visit the center’s Web site.
Related link:
University Press and Scholarly Publications
Contact: Glenda Nesbit, (435) 797-3630 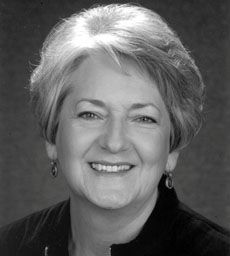 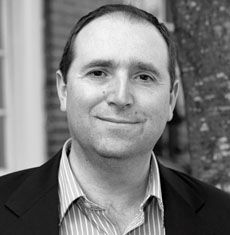