The story of one of Grand Canyon’s tourism pioneers and a diary that gives insight into the inner workings of the LDS Church President’s office are the winners of this year’s Evans Biography and Handcart Awards.
Utah State University’s Mountain West Center for Regional Studies coordinates activities and annually presents the awards.
Dave Rust: A Life in the Canyons by Frederick H. Swanson and published by the University of Utah Press is the Evans Biography Award winner. The $10,000 Evans Biography Award, established in 1983, recognizes outstanding research and writing of a biography of a person who lived in or had significant influence on the Mormon West or who was part of Mormonism’s pre-Utah history.
Dave Rust (1874-1963) was the premier backcountry outfitter and guide in southern Utah for more than three decades. He grew up in south-central Utah and as a young man worked a variety of jobs, later becoming a school teacher and principal. In the fall of 1897, he was searching for gold on the Colorado River and looked up at the colorful sandstone cliffs of Glen Canyon. He realized that people would pay good money to see this scenic country, and beginning with Grand Canyon trail-building in 1906, he started his work of making the canyons of the southwest more accessible to tourists.
“A thorough traveler must be something of a geologist, something of a botanist, an archaeologist, an ornithologist, an artist, a philosopher and so on,” he wrote. “Through it all he is likely to be friendly with a camera. He must be agreeable in society, contented in solitude, enthusiastic and patient as a fisherman.”
Eight distinguished reviewers selected the book from a field of 15 nominees, making the point that the book was “stunningly written,” said Elaine Thatcher, director at the Mountain West Center. The jurors said the book was well researched, footnoted and photographed.
“I have a special liking for the life history form, in which an individual life story — usually of someone who is notably not famous — serves as a vehicle for exploring or understanding something larger than a single life,” one of the jurors wrote. “Dave Rust’s life as a backcountry guide serves as that vehicle for exploring the splendors and history of canyon country. I very much appreciate Swanson’s evocative language, and his attention to landscape and to myriad details of Rust’s travels. I also like the skillful way in which he draws many other people into the story, from the early explorers, geologists and archaeologists to other notables such as John Muir. In the end he gives us a biography of place as well as person, and as I read the final chapter I did feel that I’d had a memorable guided tour.”
Dave Rust author Frederick H. Swanson is a freelance writer specializing in western history and the environment. He has written and edited for the Montana Department of State Lands, the U.S. Office of Surface Mining, the U.S. Geological Survey, the Utah Wilderness Coalition, the Southern Utah Wilderness Alliance and other organizations. He holds a master’s degree in environmental studies from the University of Montana and now makes his home in Salt Lake City. His past publications include America’s Red Rock Wilderness (1998) and an article, “Canyon Guide,” in Salt Lake Magazine (2000).
The Evans Handcart Award has been awarded to In the President’s Office: The Diaries of L. John Nuttall, 1879-1892 (Signature Books), edited by Jedediah S. Rogers, a doctoral candidate at Arizona State University. The $1,000 Handcart Award, established in 1996, is given each year to a biography of merit, often by an author who is not an academic historian, who contributes to an understanding of the Mormon-settled West.
The Evans judges wrote that the book was “extensive and well edited. The notes researched by Rogers are done well. … Excellent introduction by Rogers, placing the diary in context and explaining its significance. Excellent use of sources to explain diary entries. Rogers writes well himself.”
The Evans Awards are administered by the Mountain West Center for Regional Studies at USU and celebrate its 25th anniversary this year.
“We are delighted to honor these two books, both of which will be important resources on aspects of western history well into the future,” Thatcher said.
The subjects and authors of the winning biographies in both categories do not need to be affiliated with the Church of Jesus Christ of Latter-day Saints. The Evans Awards were endowed by the family of David Woolley Evans and Beatrice Cannon Evans, both born in 1894.
The Mountain West Center for Regional Studies was established at Utah State University in 1986 to advance the understanding of the Mountain West region through interdisciplinary studies and to link university expertise with regional needs and interests.
An awards ceremony will be held Sept. 26 on the USU campus, along with booksignings in various locations and classroom appearances by the authors. More information will be available on these events at a later date. For information, call the Mountain West Center, (435) 797-3630 or visit its Web site.
Contact: Glenda Nesbit, (435) 797-3630
Source: Mountain West Center for Regional Studies 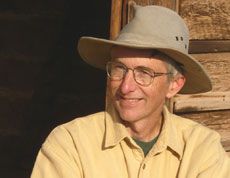 Frederick H. Swanson is the recipient of the Evans$10,000 Evans Biography Award presented through the Mountain West Center for Regional Studies at Utah State University. 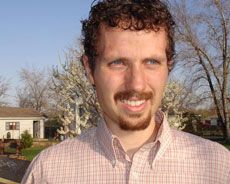 Jedediah S. Rogers received the Evans Handcart Award. The $1,000 award goes to a biography of merit, often by an author who is not an academic historian, who contributes to an understanding of the Mormon-settled West.