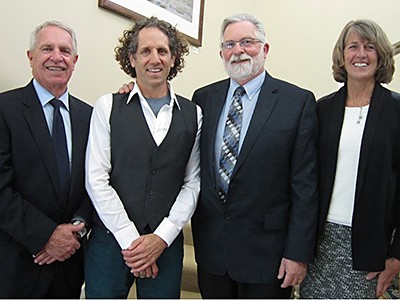 Five faculty members in the College of Humanities and Social Sciences have earned full professorships.

The new professors — in English, history, communications studies and the Intensive English Language Institute — were welcomed to their new roles with what’s become a traditional assignment, giving a speech as part of the Inaugural Lecture Professor Series.

The CHaSS roster of new professors is made up of Jennifer Peeples, professor of communications studies; James Sanders, professor of history; James Rogers, director of the Intensive English Language Institute; and Evelyn Funda and Kristine Miller, both professors of English.

The lecture series, held at the home of USU President Stan L. Albrecht, is a celebration event for faculty who have reached the level of professor through the promotion and tenure process.

Peeples, in the Department of Languages, Philosophy and Communication Studies, focuses her research on interpersonal communication, as well as communication, social justice and the environment, and communication and conflict. Also among her specialties is visual rhetoric, the study of how images communicate.

She is awaiting the publication of a new book, co-authored with three fellow scholars. Under Pressure: Coal Industry Rhetoric and Neoliberalism is being published by Palgrave MacMillan.

Sanders has spent the bulk of his career — and free time — in Latin America, the area in which he has focused his research, specializing in social movements, slavery and abolition and historical theory. A USU faculty member since 2003, he is currently the distinguished professor of honors education.

His most recent book is The Vanguard of the Atlantic World: Creating Modernity, Nation and Democracy in Nineteenth-Century Latin America, published by Duke University Press in 2014.

Funda was the winner of the 2013 Evans Handcart Award for her memoir, Weeds: A Farm Daughter’s Lament (University of Nebraska Press). The book chronicles her youth growing up on an Idaho farm where her parents cherished and continued a lifestyle steeped in their Czech heritage.

She came to USU in 1995 as a specialist in Western American literature. Most recently she worked as a co-author on the textbook Farm: A Multimodal Reader, geared for agriculture programs in land-grant universities like USU. She is well-known as a scholar on Willa Cather and is currently at work on a book about the author.

Miller teaches and researches 20th-century British literature and culture, with a focus on war and violence. She has published books on the literature of World War II and culture after 9/11.

Miller, who has been at USU since 1995, has also served since 2014 as director of the university Honors Program, which seeks to enrich the education of academically gifted students through critical thinking, independent research, interdisciplinary learning and civic engagement.

Rogers is now a professor in the Intensive English Language Institute, which he has directed since 2015. The IELI is an academic English-as-a-second-language program that prepares international students and Utah’s own non-native speakers of English for academic study at the university.

A faculty member since 1990, Rogers continued his work in languages as a Peace Corps volunteer in the African nations of Chad and Burkina Faso. He focuses on teaching writing. 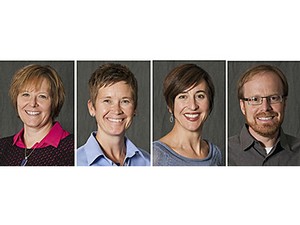 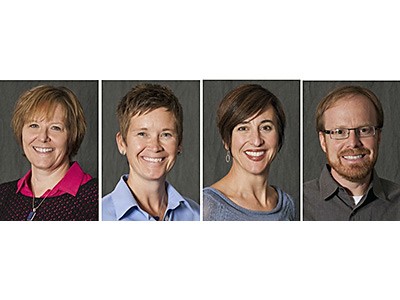