The Western Agricultural Economics Association awarded Bruce Godfrey the Distinguished Scholars Award June 30. Godfrey, a professor in the department of economics, is the first Utah State University professor to receive the award.
“Bruce is an outstanding teacher and communicator who is equally effective teaching agricultural producers as he is teaching college students,” said DeeVon Bailey, the interim head of the economics department. “There haven’t been many people who have served Utah State more unselfishly or effectively than he has.”
Godfrey received the award for his work with WAEA and his research in the area of agricultural economics. His research primarily focuses on the economics of using public and private lands, including the taxation of agricultural lands, the designation of federal lands as wilderness and the preservation of open space lands. His research has been widely cited and used in Utah and other locations in the West.
The WAEA is an association of approximately 700 agricultural economists located throughout the world with interests in the economics of agriculture in the western United States.
Godfrey was the WAEA president in 2004 and served as secretary and treasurer from 1995 to 2001. He has also received the E.G. Peterson Award and was the College of Agriculture’s professor of the year in 2005.
Writer: Jacob Roskelley, 435-797-1350, jacobr@cc.usu.edu 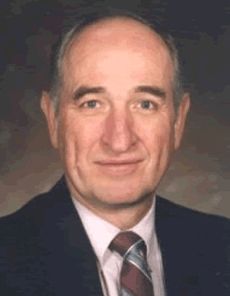