Utah State University sociology professor E. Helen (Eddy) Berry will receive the Distinguished Professor Award, presented by the Women and Gender Research Institute at USU. Barry will be recognized in a reception Tuesday, March 28, at 3:30 p.m. in the Engineering Building, room 101. At that time she will offer the presentation, “When Commitment Means You Should be Committed to an Asylum: Being a Professor, Researcher, Daughter, Wife and Mom.”
The reception and presentation are open to faculty, staff, students and community.
According to WGRI Director Vicki Allan, the WGRI Distinguished Professor Award is presented every three years. It recognizes the outstanding leadership of women professors in their scholarly or creative activity, or the leadership professors, men or women, who conduct research on gender issues.
Berry was nominated by colleague Terry Peak. All nominations were reviewed by a committee for WGRI, including Kathryn Turner, Kim Sullivan, Alexa Sand and Kelly Kopp.
A professor of sociology, Berry joined the faculty at USU in 1984. She now serves as the assistant department head in Sociology, Social Work and Anthropology, and has chaired the USU Institutional Review Board for Human Participants in research, the Athletic Council and co-directed the WGRI. In 2003 she received the Rural Sociological Society’s Award for Excellence in Instruction, and in 1998 was named the USU Robin’s Award Faculty Advisor of the Year.
Berry’s current research focuses on Hispanics, non-Hispanic blacks and non-Hispanic whites as they move into and out of metropolitan and non-metropolitan places. She is particularly interested in the ways that characteristics of the rural and urban places interact with the characteristics of migrants.
“During her 21-plus years at Utah State University, Dr. Berry has made exceptional contributions to USU in the areas of teaching, research and service, and was a co-founder of WGRI,” Peak said in her nomination letter. “She is a supportive and accessible colleague to many faculty (women and men) across campus, as well as a mentor and role model, especially for women faculty.”
More about Berry and her nomination can be found in the spring Tri-Council Newsletter.
The Women and Gender Research Institute was formed in 1984 to foster research by women, to assist departments in recruiting and retaining women faculty, and to encourage research on gender issues by men and women. 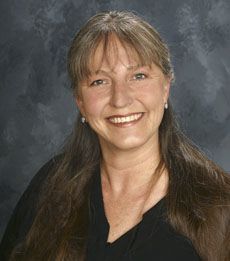 Helen (Eddy) Berry will receive the Distinguished Professor Award, presented by the Women and Gender Research Institute at USU.