It’s been nearly seven years since the early fall morning Utah State University alums James Furfaro and Keith O’Dell headed to work on Logan’s Valley View Highway en route to their jobs at ATK Launch Systems. On Sept. 22, 2006, texting driver Reggie Shaw, then 19, crossed the center line, clipped Furfaro’s vehicle and spun it into oncoming traffic, where it was broadsided by a truck. Furfaro, 38, and O’Dell, 50, were killed instantly.

The incident is one of four stories recounted in renowned filmmaker Werner Herzog’s mini-documentary, From One Second to the Next. Commissioned by AT&T and released Aug. 9 on YouTube, the 35-minute short film is part of the wireless carrier’s growing It Can Wait campaign to curb texting while driving. To date, Verizon, Sprint and T-Mobile, along with nearly 200 other companies and organizations, have signed on to promote the multi-million-dollar effort, which includes public service announcements and a social media campaign.

O’Dell’s daughter, Megan O’Dell, who appears in the documentary’s Reaching for the Stars segment, recounts her father’s fascination with astronomy.

“At night, we would go outside and look at the stars,” she says. “When there were meteor showers, he’d come and wake me up at 3 o’clock in the morning…just me and my dad outside wrapped up in blankets. It was just a phenomenal feeling, just father-daughter time for us.”

Posed inside the USU Observatory atop the Science Engineering Research Building on Utah State’s Logan campus for the film, Megan said she loves telescopes, which remind her of her dad.

The Logan resident’s participation in the documentary is among a number of public speaking opportunities the 25-year-old has undertaken to highlight the dangers of texting and driving.

“Yeah, it is hard to talk about and the release of the documentary brings up the memories again,” she says. “But I look at it this way: If I can touch at least one person and prevent them from texting while driving, I’ve saved someone’s life.”

Megan was among a group of people touched by texting-caused tragedies who appeared on an episode of the Oprah Winfrey Show in 2010.

“It was pretty intense — the idea of talking to nationwide audience,” she says. “I was ridiculously nervous.”

But the experience brought a life-changing revelation. Shaw, the texting driver, appeared on the same show.

“It was the first time I’d heard Reggie Shaw talk about the incident outside of court,” she says. “I thought, ‘OK, this kid has an insane amount of courage.’ I could see he was truly remorseful and wanted to make a difference in preventing similar tragedies.”

“I knew my dad would want me to forgive him,” she says. “That’s the kind of person he was.”

The two young adults have become friends. Shaw, who long ago completed 100 court-ordered public speaking hours of community service about the dangers of texting and driving, continues to speak out. The South Jordan, Utah, resident admits, however, that participating in the documentary was “one of the most difficult things I’ve done.”

“When the incident comes up in the media, like it has this week, I call him up and ask, ‘How are you doing? Are you OK?,’” Megan says. “We comfort each other.”

Since its online release, From One Second to the Next has received more than 1.5 million hits. AT&T plans to distribute the film to more than 40,000 U.S. high schools.

Texting & Driving: It Can Wait Campaign 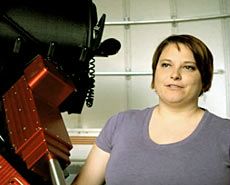 In a scene from a new documentary filmed inside the USU Observatory, Megan O'Dell, daughter of USU physics alum Keith O’Dell, who died in a 2006 vehicle accident caused by a texting driver, shares memories of her father. Courtesy AT&T. 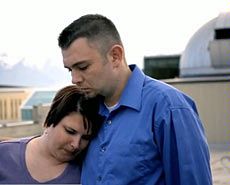 Now friends, O'Dell and Reggie Shaw share a touching moment outside the USU Observatory in a scene from the newly released anti-texting and driving documentary, 'From One Second to the Next.’ Courtesy AT&T. 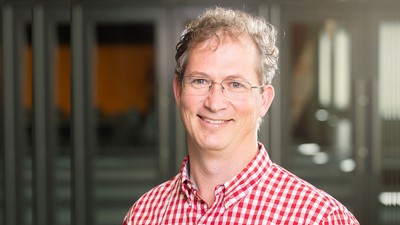 As of today, there are 156 "active" cases of COVID-19 among students, staff or faculty members at USU campuses or centers across Utah.