Utah State University doctoral student Michael Rigley is the university’s first recipient of a National Physical Science Consortium Fellowship. A mathematics major, Rigley receives an annual stipend, which covers tuition and is renewable up to six years, along with paid summer internships at New Mexico’s Sandia National Laboratory and ongoing mentorship by one of the lab’s scientists.

Utah State joined the consortium, a partnership between government agencies and laboratories, industry and higher education aimed at increasing the number of United States citizens with graduate degrees in the physical sciences and related engineering fields, in 2011.

“This is a great honor and I’m excited about this opportunity,” says Rigley, who completed his first internship at Sandia this past summer. “Sandia offers a good balance of academia, research and industry. I enjoyed getting out of the classroom, experiencing the frontiers of science and learning about ‘the next big things’ in our field.”

Since its inception in 1989, NPSC has awarded 420 graduate fellowships. Of those fellows, 176 have completed doctoral degrees and 88 have earned master’s of science degrees. Seventy-three fellows are currently enrolled. NPSC fellows receive an annual stipend of $20,000, which may be supplemented by the national lab at which they’re employed.

“The number of awardees varies year to year,” says Joretta Joseph, NPSC program administrator. “We normally have close to 300 applicants per year and the largest number of fellowships we’ve awarded in one year is 30. We’re excited to have Utah State University join the consortium and we look forward to having many NPSC fellows at USU.”

At Sandia, Rigley, who earned a master’s degree from USU in 2009, worked at solving large linear systems of equations as part of a radiation transport application.

“Many scientific applications come down to solving linear equations,” he says. “The kinds of equations we’re dealing with are similar to common algebra problems, except they involve huge datasets with millions and millions of variables.”

During his initial internship, the Ogden, Utah, native, who returns to Sandia in summer 2012, worked with emerging software tools to explore how electrons and protons move through various materials.

“While we were working on one specific application, these techniques are applicable to a broad spectrum of applications in many different scientific disciplines — in anything where you’re dealing with large amounts of data,” says Rigley, who is studying computational methods of solving large systems with USU faculty advisor Joseph Koebbe.

NPSC is currently accepting applications for 2012 and the deadline is November 30, 2011. Applicants must be U.S. citizens with the ability to pursue graduate work at an NPSC member institution and must complete one or two summer internships, as the sponsoring national laboratory requires. Supported fields of study include science, mathematics and engineering. For more information, visit the NPSC website. 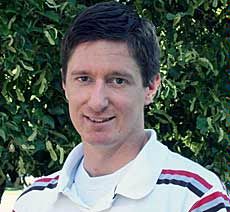 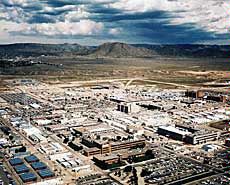 As an NPSC fellow, Rigley is interning at New Mexico's Sandia National Laboratory. The fellowships are available through a number of participating NPSC institutions. The next application deadline is Nov. 30. Photo courtesy U.S. Dept. of Energy.