The Western Literature Association (WLA) honored Utah State University professor of English Melody Graulich with the Delbert and Edith Wylder Award for Exceptional Service during its  39th annual meeting Sept. 29-Oct. 2 in Big Sky, Mont.
Graulich has been a longtime member of WLA, presenting her research at its annual meetings since the late 1970s. In 1997, she joined the Utah State English department as professor of English and editor of Western American Literature.
Graulich charted new territory for the journal, according to WLA’s Robert Thacker.
“Building on the journal’s excellent reputation, Graulich expanded its range into new lines of inquiry and has paid especial attention to the visual effect of each issue of WAL,” he said.
At the same time, Graulich has been a model for mentoring graduate students, introducing them to the profession through both the journal and the Association’s annual meeting.
“She has had a profound effect on the association and its work, and most richly deserves this award,” Thacker said.
Established in 1993, the Wylder Award recognizes members who have had significant effect on the Western Literature Association and its work.
For more information on Graulich and the Wylder Award or Western American Literature, call Sabine Barcatta at (435) 797-1603. 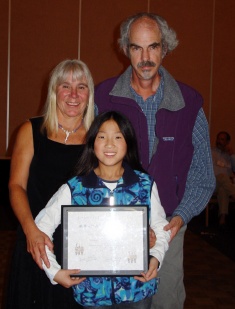