Janice Brahney's study examined the source and life history of both wet (rain) and dry microplastic deposition. Cities and population centers were found to serve as the initial source of plastics associated with wet deposition, but secondary sources included the redistribution of microplastics re-entrained from soils or surface waters.

Utah State University Assistant Professor Janice Brahney and her team used high-resolution atmospheric deposition data and identified samples of microplastics and other particulates collected over 14 months in 11 national parks and wilderness areas. The researchers identified plastic and polymers’ composition to identify sources of plastic emitted into the atmosphere and track its movement and fallout. The findings are reported in the June 12 issue of Science Magazine in the article, Plastic Rain in Protected Areas of the United States.

“We were shocked at the estimated deposition rates and kept trying to figure out where our calculations went wrong,” Brahney said. “We then confirmed through 32 different particle scans that roughly 4% of the atmospheric particles analyzed from these remote locations were synthetic polymers”

The world produced 348 million metric tons of plastic in 2017 and global production shows no sign of slowing down. In the United States, the per capita production of plastic waste is 340 grams per day. High resilience and longevity make plastics particularly useful in everyday life, but these same properties lead to progressive fragmentation instead of degradation in the environment. These “microplastics” are known to accumulate in wastewaters, rivers, and ultimately the worlds’ oceans – and as Brahney’s team shows, they also accumulate in the atmosphere.

“Several studies have attempted to quantify the global plastic cycle but were unaware of the atmospheric limb,” Brahney said. “Our data show the plastic cycle is reminiscent of the global water cycle, having atmospheric, oceanic, and terrestrial lifetimes.”

The study examined the source and life history of both wet (rain) and dry microplastic deposition. Cities and population centers were found to serve as the initial source of plastics associated with wet deposition, but secondary sources included the redistribution of microplastics re-entrained from soils or surface waters.

In contrast, dry deposition of plastics showed indicators of long-range transport and was associated with large-scale atmospheric patterns. This suggests that microplastics are small enough to be entrained in the atmosphere for cross-continental transport.

The team’s field and lab personnel used sterile sampling equipment, personal protection, and protocols to minimize particle contamination. Most of the plastics deposited in both wet and dry samples were microfibers sourced from both clothing and industrial materials. Approximately 30% of the particles were brightly colored microbeads, but not those commonly associated with personal care products, these microbeads were acrylic and likely derived from industrial paints and coatings. Other particles were fragments of larger pieces of plastic. The report notes, “This result, combined with the size distribution of identified plastics, and the relationship to global-scale climate patterns, suggest that plastic emission sources have extended well beyond our population centers and, through their longevity, spiral through the Earth system.”

Results from this study highlight the source, transport, and fate of plastics on Earth surfaces as well as the contamination of U.S. protected environments. Examination of weekly wet and monthly dry samples from 11 sites allowed the authors to estimate that more than 1000 tons of microplastics are deposited onto protected lands in the western U.S. each year, equivalent to more than 123 million plastic water bottles. A staggering 4% of the atmospheric particulates identified collected from remote locations were plastic polymers. The paper also notes that clear and white particles were not included because they did not meet the researchers’ criteria for visual counting under magnification, “…suggesting our estimates of plastic deposition rates based on counts are conservative.”

Discovering surprising amounts of microplastics was an unintended result of Brahney doing a pilot study on a new type of field equipment.

“I designed the samplers and was running a pilot study when I found the plastics,” Brahney said. “It was a wonderfully serendipitous moment of finding something amazing and having just the right people at the right time contribute their skills and knowledge to aspects of the project that were not my expertise.”

Among the study’s co-authors are Brahney’s former lab technician, Eric Heim, and Margaret Hallerud, an undergraduate student researcher. Hallerud wrote the computer code to back-link the atmospheric trajectory models to population data and assisted in interpreting climate data. She will start graduate school at the University of Maine in the fall and received a National Science Foundation Graduate Fellowship. Eric Heim was the technician in Brahney’s lab who ran Hallerud’s models and generated the spatial data. Heim is currently a technician at the University of Colorado Boulder.

The paper’s other co-authors are Maura Hahnenberger in the Geosciences Department at Salt Lake Community College and Suja Sukumaran in the Material Sciences Division of Thermo Fisher Scientific.

“The same fortunate timing brought Maura and Suja to the project,” Brahney said. “In fact, none of the co-authors have met each other. I’m trying to organize a virtual happy hour so they can meet and we can celebrate the paper.”

The research was supported by the Utah Agricultural Experiment Station, the National Science Foundation and a USDA Forest Service agreement.

The ubiquity of microplastics in the atmosphere has unknown consequences for organismal health but size ranges observed were well within that which accumulate in lung tissue. Moreover, the ongoing deposition of plastic in wilderness areas and national parks has the potential to influence these ecosystems from community composition to food web dynamics.

“This ubiquity of microplastics in the atmosphere and the subsequent deposition to remote terrestrial and aquatic environments raise widespread ecological and societal concerns,” Brahney said. “Identifying the key mechanisms of plastic emission to the atmosphere is a first step in developing global-scale solutions.”

USU Assistant Professor Janice Brahney has discovered that "microplastics," besides being known to accumulate in wastewaters, rivers, and ultimately the worlds' oceans, also accumulate in the atmosphere. (Photo credit: Dennis Hinkamp) 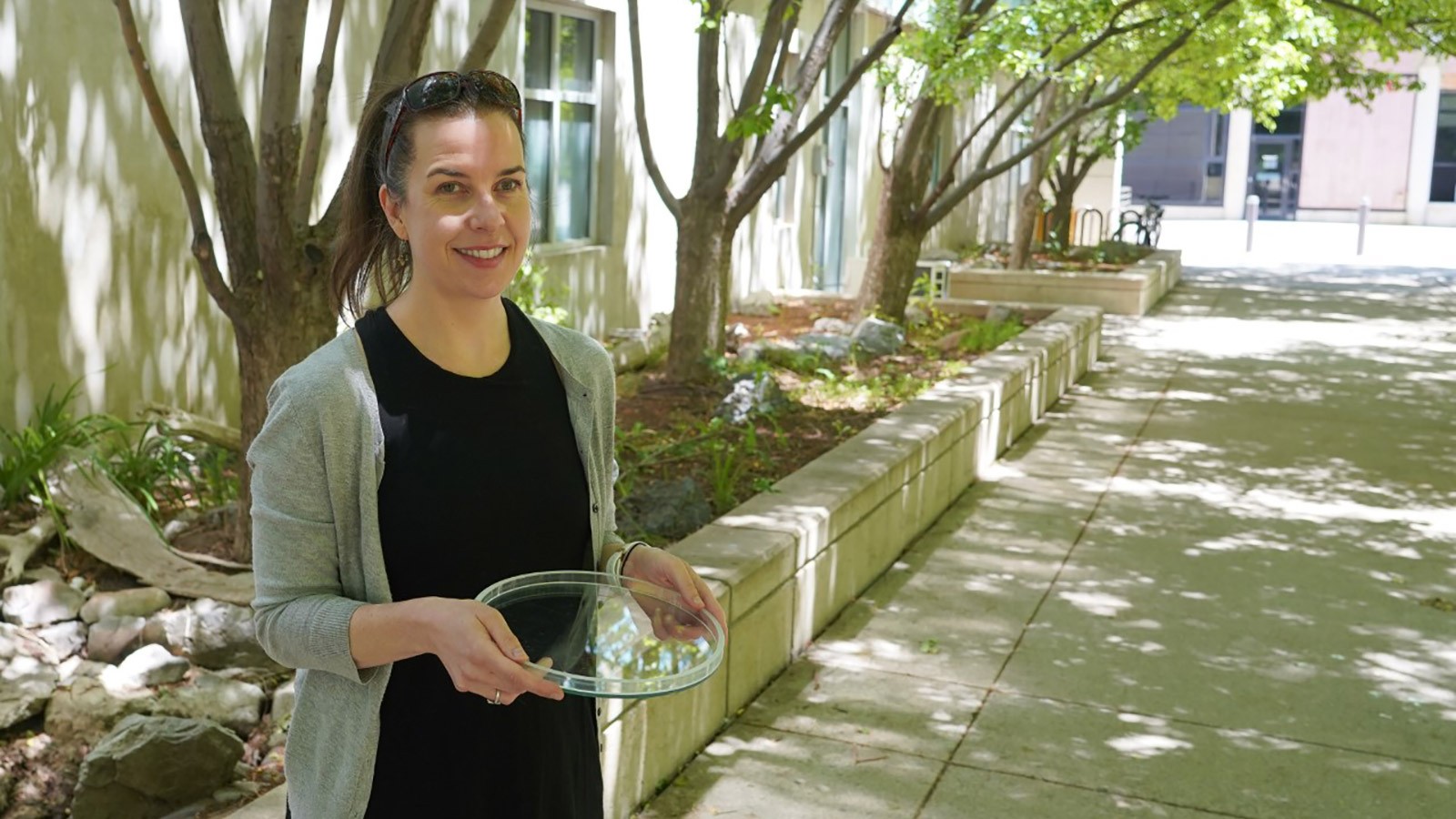 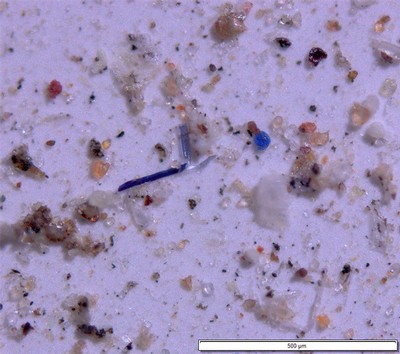 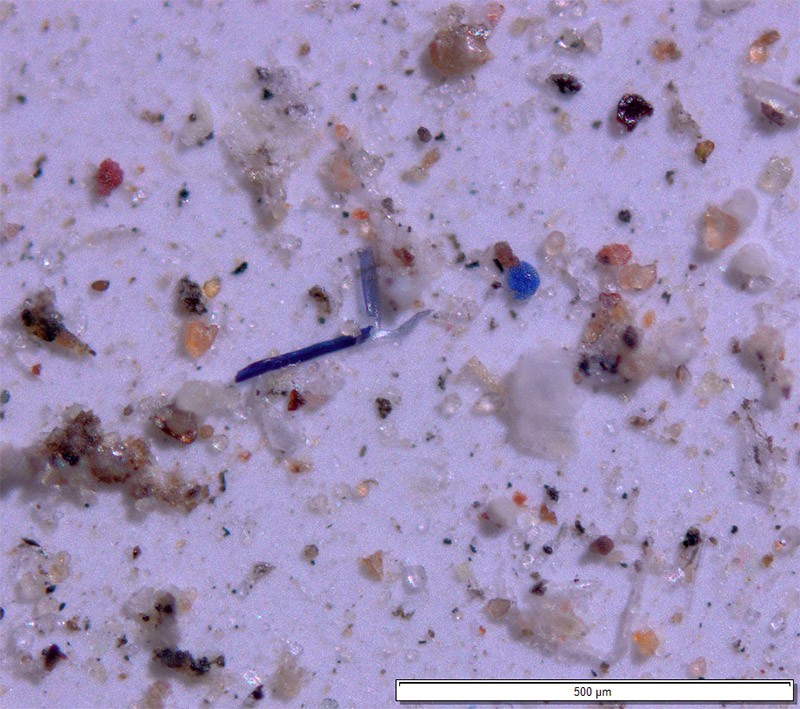 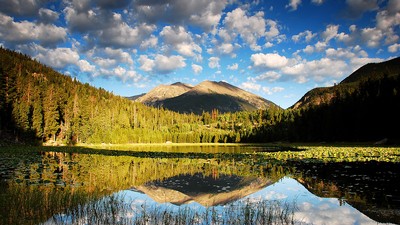 The world produced 348 million metric tons of plastic in 2017 and global production shows no sign of slowing down. Pictured here, Rocky Mountain National Park, which had the greatest amount microplastics among the national parks and wilderness areas in the study. 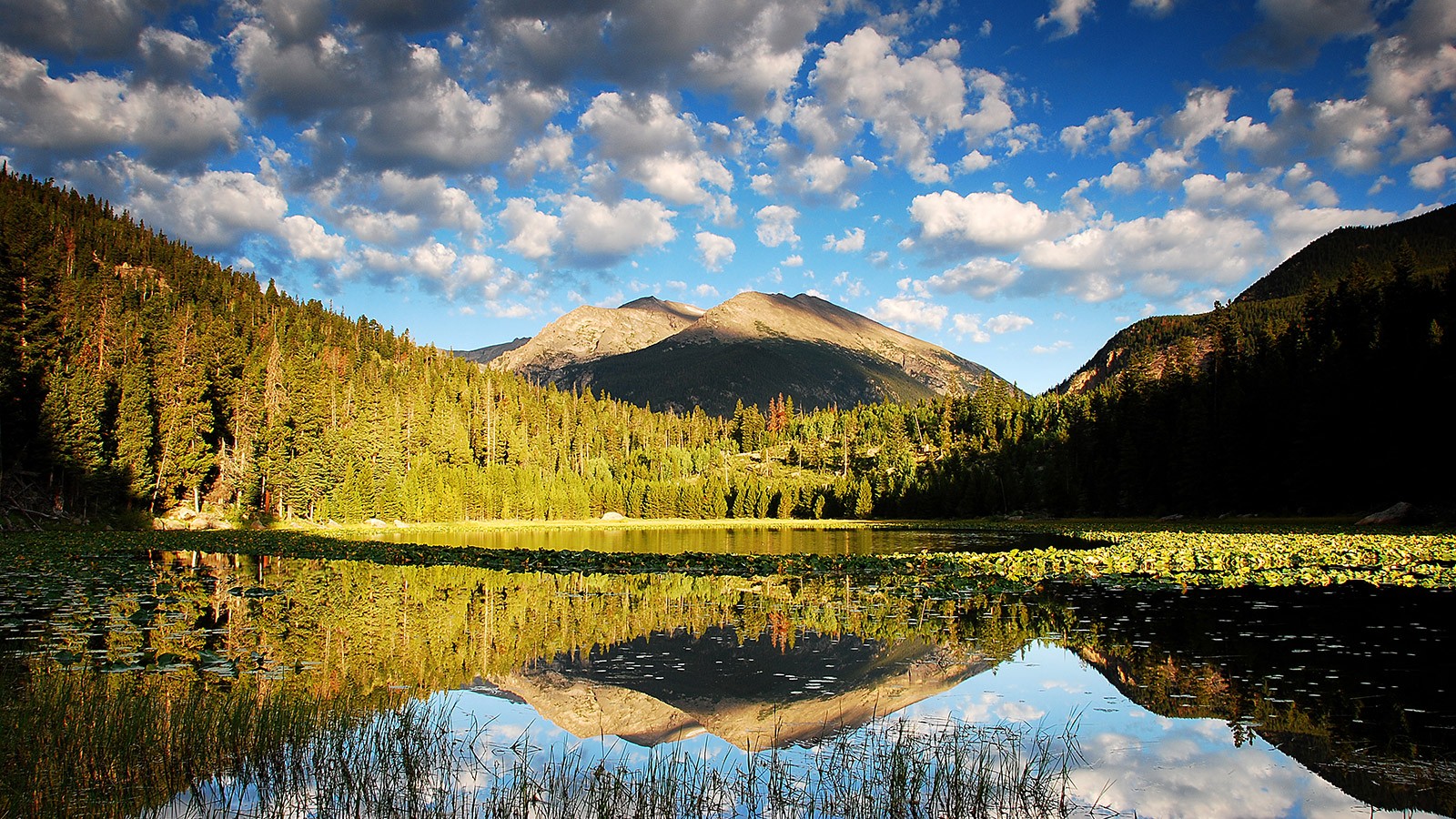 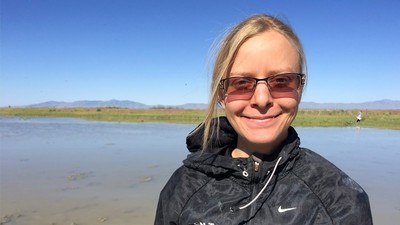 Margaret Hallerud, a USU undergraduate student researcher and co-author on the study, wrote the computer code to back-link the atmospheric trajectory models to population data and assisted in interpreting climate data. 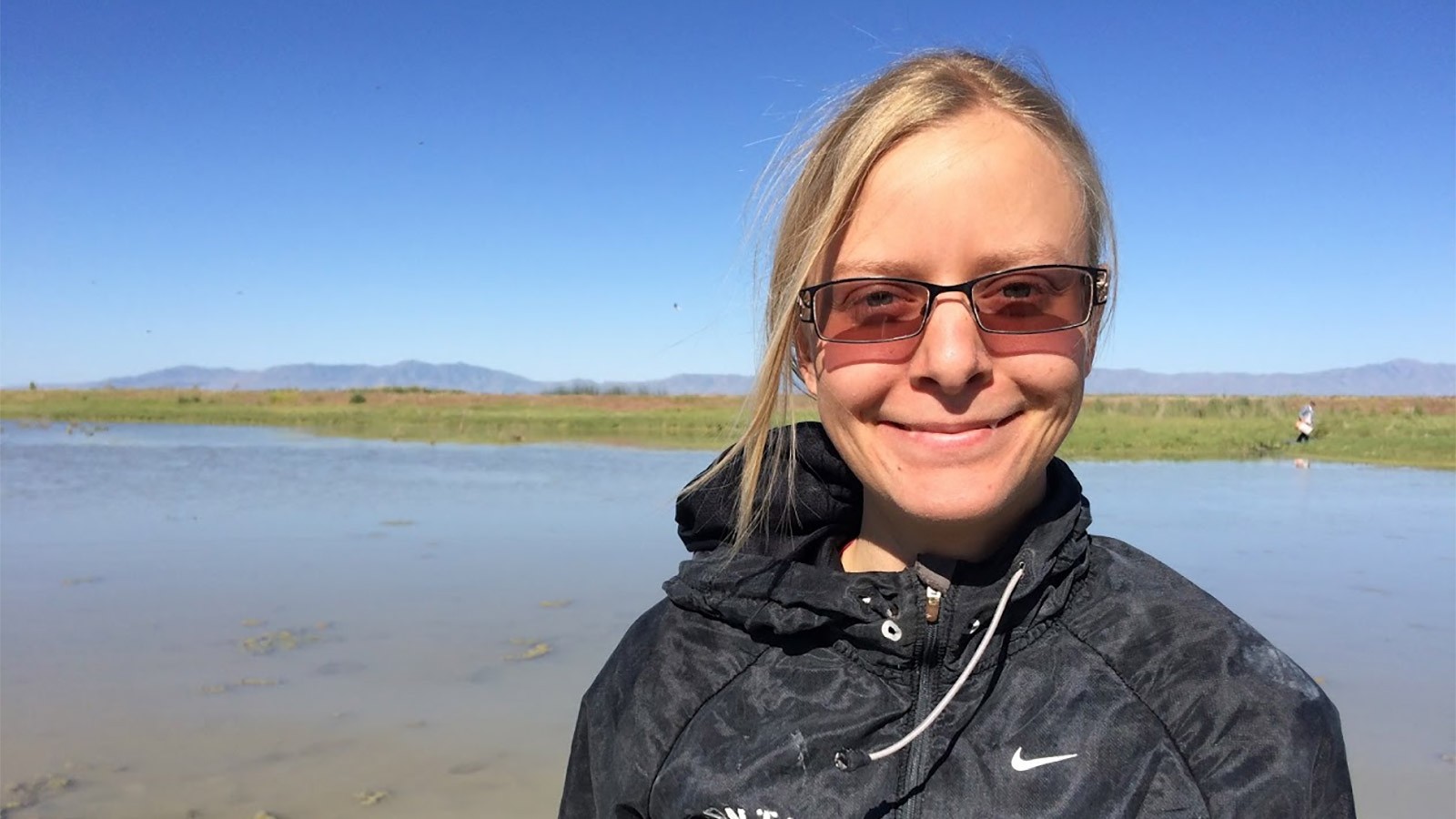 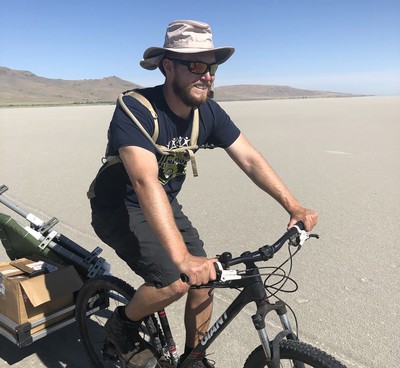 Eric Heim, Brahney's former lab technician, ran Hallerud’s models and generated the spatial data and is a co-author on the study. 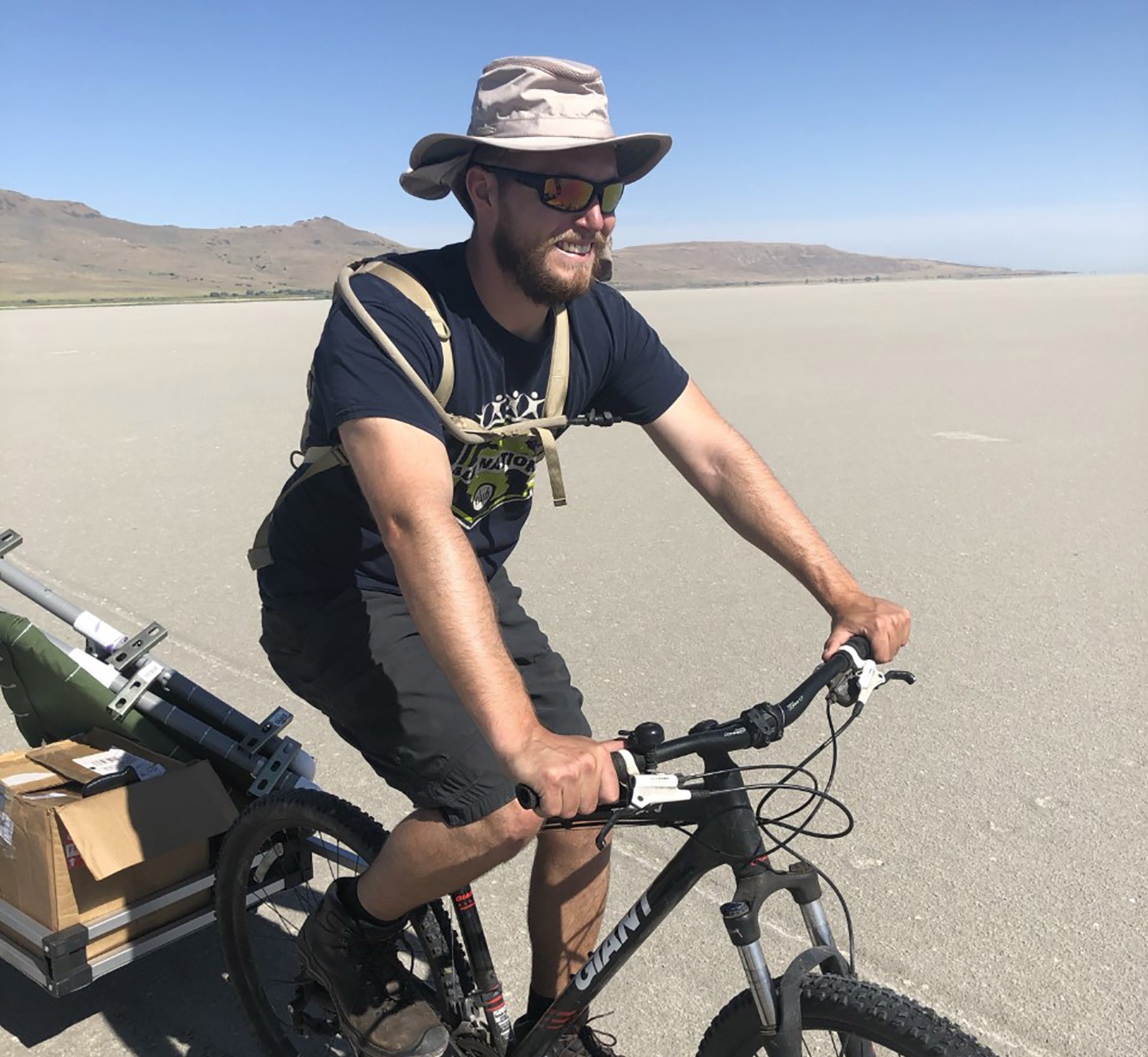