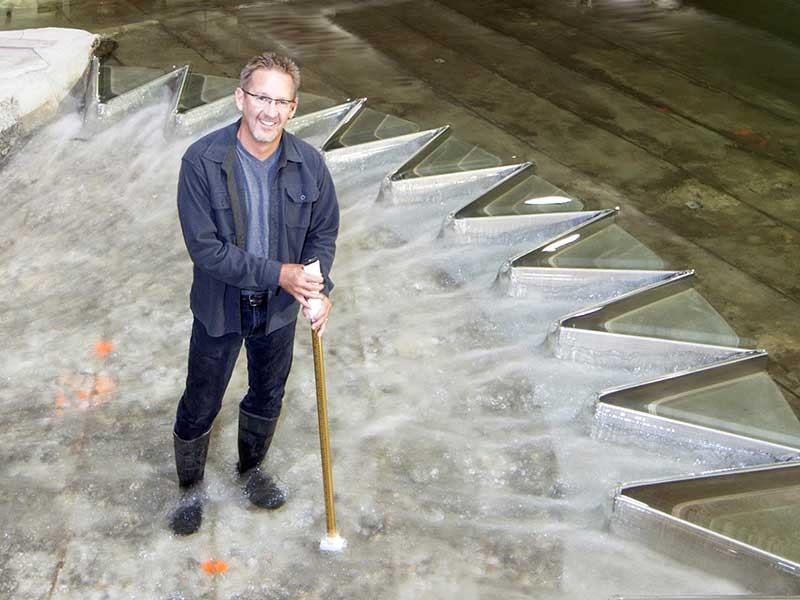 The Utah State University Office of Research announced Blake Tullis as the new interim associate vice president for research. Tullis is a professor in the Department of Civil and Environmental Engineering and conducts research on hydraulic structures at the Utah Water Research Laboratory.

Tullis has a long history with Utah State. It was here he received his undergraduate degree in civil and environmental engineering in 1990. He then went on to complete his master’s and doctorate from the University of Michigan before returning to Utah State as a research assistant professor in 1997.

“I’m excited to join the team in the Office of Research,” said Tullis. “They work hard to facilitate projects and provide support for USU research.”

One of Tullis’ most notable projects involved the design of a new emergency spillway design for Lake Isabella Dam, Calif. in 2014.

Isabella Dam is an important part of the California water system, providing flood control and agricultural water to the southern part of the Central Valley.

Working with the U.S. Army Corps of Engineers to help meet increasing flood flow requirements and to improve public safety, Tullis and his students assisted in the design of a new auxiliary spillway, through applied research and physical modeling services at the Utah Water Research Laboratory.

The new design featured a labyrinth weir, a key research area for Tullis, that utilizes a hydraulically efficient zig-zag pattern that helps to increase spillway capacity while maintaining dam safety.

The Isabella Dam project has been featured on the Discovery Channel’s Daily Planet, with more than 400 thousand views on YouTube, and other media outlets.

While this may be one of the more famous projects, over the past 22 years, Tullis and his lab have worked on many dams and other hydraulic structures from Montana to Malaysia.

Tullis has taught and shared his research across the country and throughout the world. He has presented at 62 conferences and has held visiting professor positions in Belgium, Switzerland, Italy, Germany and Peru, where he was also the lead mentor for the USU chapter of Engineers Without Borders.
Tullis has written two books, 12 book chapters and over 45 peer-reviewed journal articles, typically featuring graduate and undergraduate researchers as the first author.

“Tullis works hard to make sure that his students have formative experiences that help prepare them for the real world,” said Lisa Berreau, interim vice president for research at USU.

Tullis has been named Outstanding Teacher of the Year and Undergraduate Research Advisor of the Year.

“Blake is an excellent addition to the Office of Research,” said Berreau. “It’s clear that his passion for research and his teaching experience bring a lot to our office and to the university as a whole.”

Utah State University has released the results of two sexual misconduct surveys that the university will use to guide and evaluate prevention efforts. 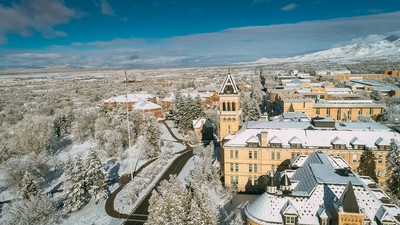 Utah State University Statewide Campuses is pleased to announce dates for its annual Commencement celebrations for the 2021-22 school year.