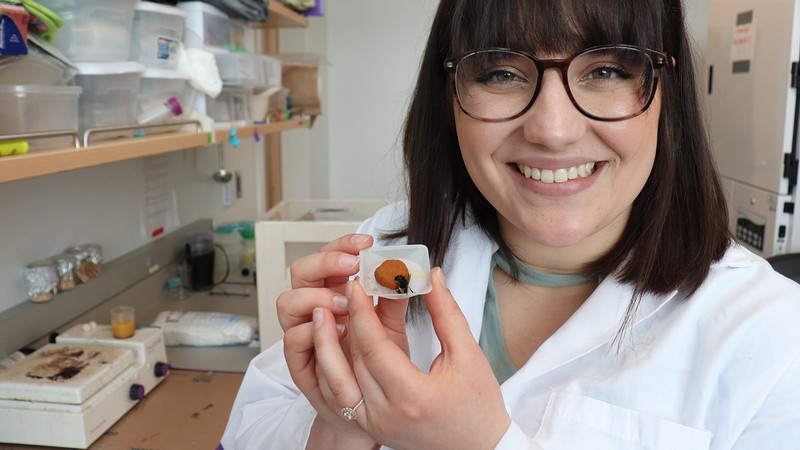 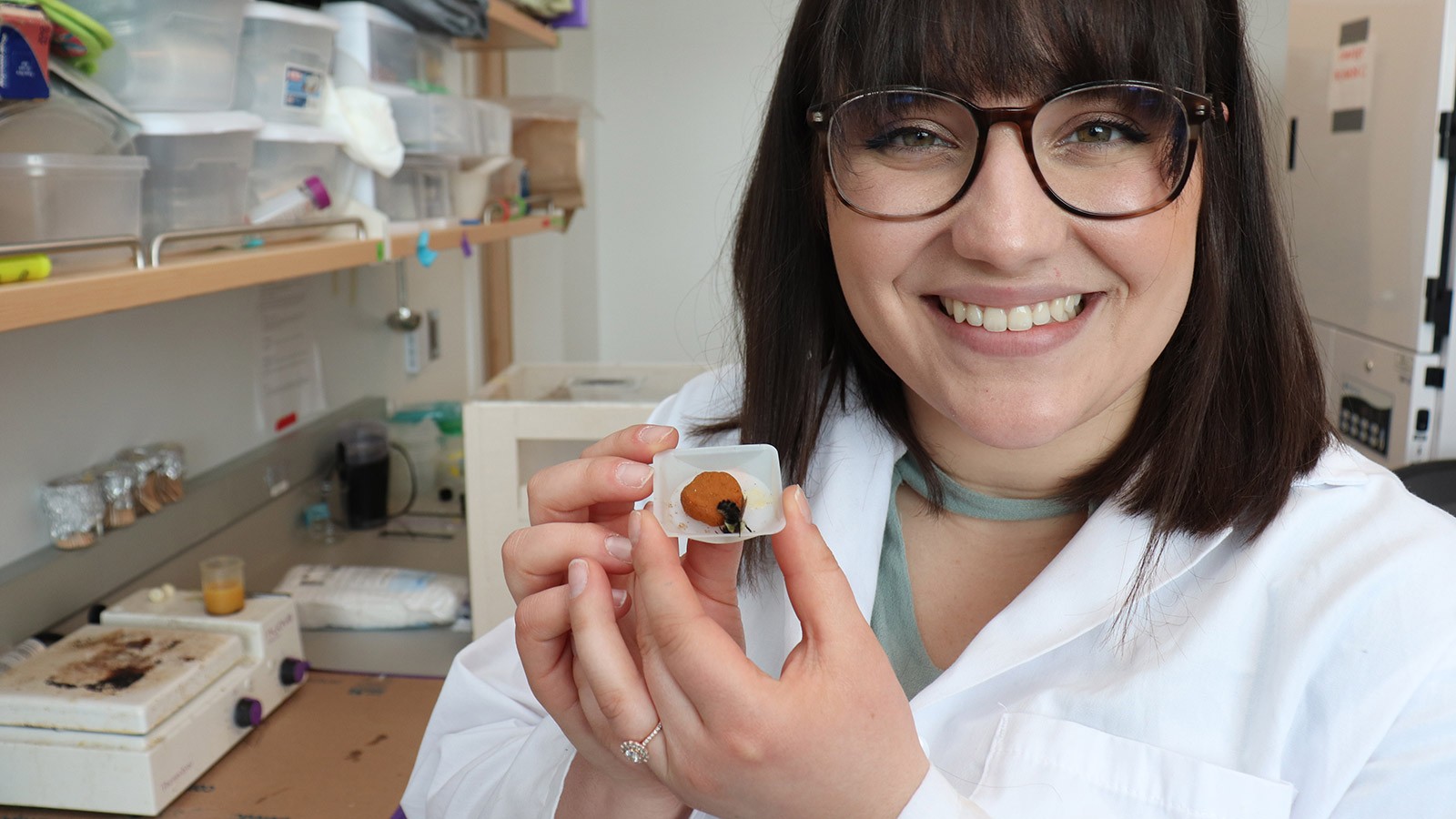 When the Human Genome Project was declared complete in April 2003, scientists celebrated the bits of DNA coded for proteins, but many dismissed the importance of non-coding DNA. Thinking it had no purpose, it was dubbed “Junk DNA.”

Since that time, the scientific community has acknowledged those indecipherable genomic sequences, transcribed into functional non-coding RNA molecules, are not junk at all. Rather, investigators are now striving to unlock the secrets of these regulatory switches, signals and sign posts.

Utah State University undergraduate researcher Anna Figgins, one of those intrepid investigators, is exploring the role of small, non-coding RNA in bumble bees.

“Bumble bees exhibit sophisticated forms of cooperative behavior,” says the Payson, Utah native. “The division of labor between queens and workers is associated with large phenotypic differences that emerge from a shared genome. This suggests caste differences stem from changes in how shared genes are regulated.”

Figgins is among about 30 USU undergraduates, who’ll present their work to state legislators and visitors in Utah’s Capitol Rotunda in Salt Lake City on Tuesday, Feb. 18, 2020, from 8 a.m.-1 p.m. The annual Undergraduate Research Day, initiated by USU in 2000, is designed to showcase the importance of research in undergraduate education.

With faculty mentor Karen Kapheim, assistant professor in USU’s Department of Biology and the USU Ecology Center, Figgins is investigating the role of a small regulatory molecule, microRNA miR-13b, as a potential regulator of division of labor. To pursue the project, she uses commercially available bumble bees kept in a climate-controlled campus lab.

Figgins deftly selects bees from the lab’s colonies and injects a synthetic antagonist of MiR-13b – called an antagomir – into the abdomens of the live bees. So far, the effects of the antagomir last no longer than a day, but long enough to demonstrate the antagonist influences gene expression. The knockdown of MiR-13b expression was accompanied by a significant decrease in fat body size, a physiological trait, which is lipid or nutrient storage.”

“It’s just a beginning, but it’s helping us understand more about the genetic mechanisms underlying the bees’ social behavior,” says Figgins, who received a USU Undergraduate Research and Creative Opportunities (URCO) grant to help fund her research. “Looking at mechanisms of reproduction helps us understand bees’ motives for foraging and nursing, two behaviors that determine the success of the colony. This directly affects pollination services the colony can provide.”

The College of Science Ambassador and biology major worked in the Kapheim’s lab for several semesters prior to undertaking the URCO-funded project, during which she honed her knowledge of bee anatomy and physiology.

“I spent a lot of time helping graduate students, dissecting bees and learning about how to organize data,” Figgins says. “When I first started my project, I wasn’t sure the bees would survive the injections. Turns out, they do.”

Participating in research, she says, “makes me like school and has made me a better student.”

“Lectures are tough for me,” says Figgins, who plans to pursue graduate study in entomology following graduation from USU. “I’m a very hands-on learner. By participating in research, I’ve gained knowledge and skills I can relate to the classroom material. It’s a lot more interesting and fun.” 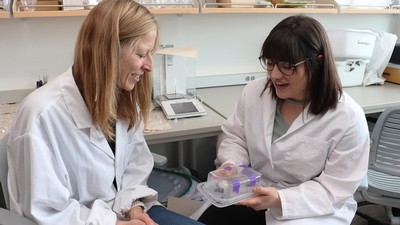 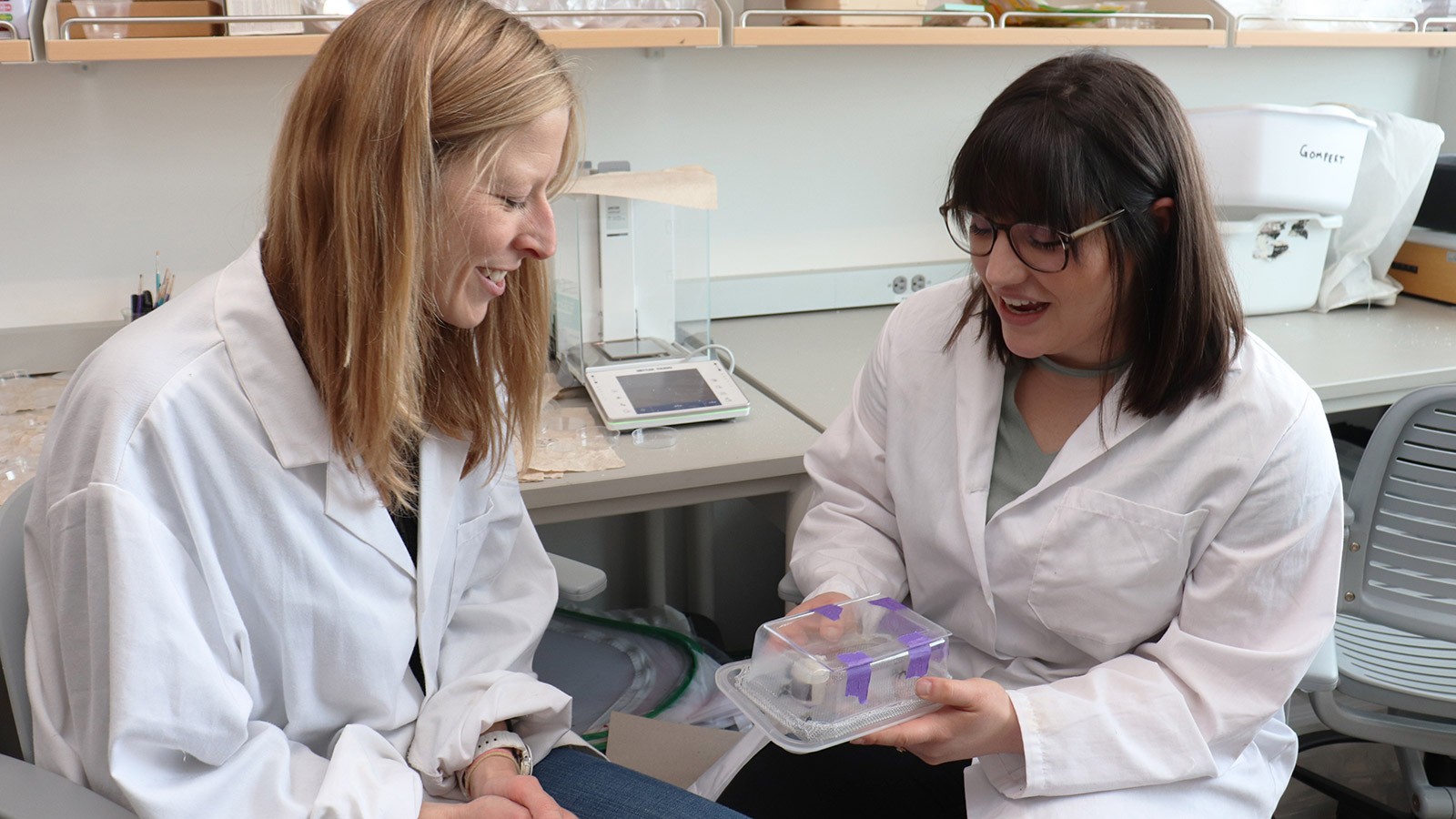 Mikal Hunsaker (BS '89, MS '90) was recently added to the prestigious group of 129 fellows at Intel, an important career advancement reserved for the company's most accomplished engineers, scientists and leaders. 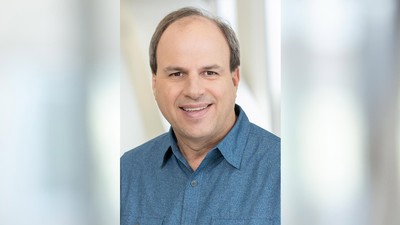 The Utah State University chapter of the Institute of Electrical and Electronics Engineers, or IEEE, will host its annual Student-Professional Awareness Conference on March 14. 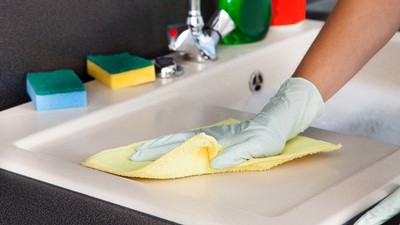 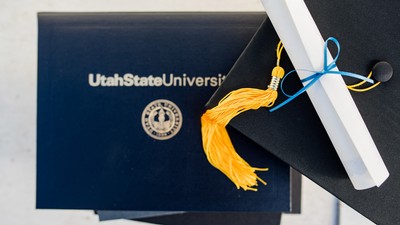 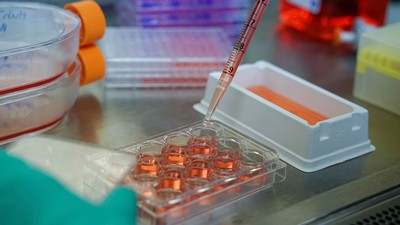