As the Arctic warms, a new cache of resources — snow goose eggs — may help sustain the polar bear population for the foreseeable future.
Utah State University researcher David Koons is a contributing author to a new study published in the November 2010 issue of the ecology journal Oikos. Research by Koons and colleagues affiliated with the American Museum of Natural History shows that even large numbers of hungry bears repeatedly raiding nests over many years would have a difficult time eliminating all of the geese because of a mismatch in the timing of bear arrival on shore and goose egg incubation.
"There have been statements in popular literature indicating that polar bears can extirpate snow geese quickly once they start to eat eggs," says Robert Rockwell, a research associate in the Division of Vertebrate Zoology at the museum and a professor at the City University of New York. "However, there will always be the occasional mismatch in the overlap between the onshore arrival of bears and the incubation period of the geese. Even if the bears eat every egg during each year of complete 'match,' our model shows that periodic years of mismatch will provide windows of successful goose reproduction that will partially offset predation effects."
In the last few years, research supported by the Hudson Bay Project along the Cape Churchill Peninsula of western Hudson Bay by Rockwell, Koons and colleagues suggests that polar bears are not as hamstrung by their environment as many biologists believe. One new nutritional option for polar bears is the bounty of goose eggs which had previously hatched into goslings that were gone by the time bears came ashore. In recent years, 'early' bears have left breaking sea ice to come ashore and consume eggs. In fact, the earlier the bears come ashore, the better: eggs are higher in nutrients when the embryo is younger.
In the new Oikos paper, Rockwell, with coauthors Koons, an assistant professor in USU’s Department of Wildland Resources and Ecology Center, and Linda Gormezano of the AMNH, simulated the timing of events during the Arctic spring: the break-up of sea ice, the movement of bears onto shore, the migration of geese to the North, and the laying of eggs. Results from the computer model show that the mismatch of timing is something that both the bears and geese can use to their advantage. The timing of geese migration is primarily based on photoperiod (the amount of light in 24 hours), which will not change as quickly as polar bear movements, which are based on the melting of sea ice.
Their results show that the advance in mean overlap of the two species gives an advantage to polar bears. But increased variability, also the result of global climate change, leads to an increased mismatch that is good news for snow geese.
"Mismatch is often thought to be bad, but in this case periodic mismatch is good because it keeps geese from going extinct and allows polar bears to eat," Rockwell says. "Are polar bears adaptable? Of course. This could be a nice stable system. The geese aren't going to go away, and they are a nutrient resource for the bears."
Related links:
Contact: David Koons, 435-797-8670, david.koons@usu.edu
Writer: Kristin Phillips, American Museum of Natural History, 212-496-3419, kphillips@amnh.org 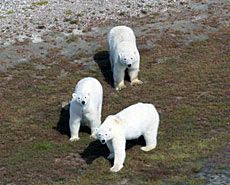 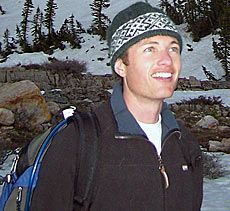