Utah State University professor and department head Richard S. Krannich received the Excellence in Research Award at the recent 2004 Rural Sociological Society meetings in Sacramento, Calif. Krannich is a professor of sociology at Utah State and heads the department of sociology, social work and anthropology.Krannich was recognized for an array of outstanding research-related activities.“First, he is extraordinarily productive,” his award citation stated. “He has published 78 peer-reviewed articles and book chapters (17 articles published in Rural Sociology alone), co-edited three important books, and serves as co-editor of the flagship journal ‘Society & Natural Resources,” and is associate editor of the ‘Journal of the Community Development Society.’”The society called his research significant, not only because of its scholarship, but for its relevance to providing science based support for decision making in the environmental management and policy arena. He work focuses on three interrelated subject areas: natural resource/environmental sociology; rural/community sociology; and research methods.“His work has brought great insights into community change associated with rapid demographic growth, resource use, development and implications, especially for understanding conflicts regarding environmental management of public lands,” the award citation continued. “His research combines survey research techniques with qualitative field methods, and he writes about methodological and theoretical issues in his work and the broader discipline.”Krannich was also recognized for his numerous collaborations — he has co-authored publications with more than 70 individuals, many his graduate students.“A key dimension of Rick Krannich’s research record is his ongoing professional training, guidance and encouragement of generations of rural sociologists,” the citation said.Krannich’s work with students impressed the awards committee.“The nomination letter provided for Dr. Krannich was co-written by six of his former graduate students (all now employed in university positions),” the award summary concluded. “They write enthusiastically and earnestly of Dr. Krannich as an extraordinary scholar, mentor and collaborator; each credit the success of their research lives in large part due to the time spent with professor Rick Krannich.”Krannich has a master’s degree from Utah State and earned his doctorate in sociology from Pennsylvania State University.Utah State’s sociology program is recognized as one of the top departments in the country dealing with issues of rural and environmental sociology, according to Gary Kiger, dean of the College of Humanities, Arts and Social Sciences. Additional Utah State faculty have been previously recognized by the Rural Sociological Society, he noted. Last year, E. Helen (Eddy) Berry earned the society’s Excellence in Teaching Award, and John Allen, director of the Western Rural Development Center, earned the Excellence in Extension Award. 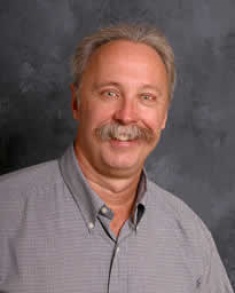