SDL built the camera electronics for a three-camera suite onboard OSIRIS-REx named OCAMS. The onboard cameras SDL helped to build are known as PolyCam, MapCam and SamCam. PolyCam enabled NASA to acquire images of Bennu from approximately 1.2 million miles away and assisted with the spacecraft's navigation to the asteroid during approach.

On a clear fall evening in September 2016, NASA launched a spacecraft to a distant asteroid to help answer questions central to the human experience: Where did we come from, and what is our destiny? With aid from the Space Dynamics Laboratory at Utah State University, the agency is one step closer to answering those questions today.

The onboard cameras SDL helped to build are known as PolyCam, MapCam and SamCam. PolyCam enabled NASA to acquire images of Bennu from approximately 1.2 million miles away and assisted with the spacecraft’s navigation to the asteroid during approach. MapCam was responsible for searching the asteroid for a suitable place to collect the sample. MapCam also mapped Bennu and searched for outgassing plumes and other debris ejected from the asteroid. SamCam is a close-range camera that verified the sample acquisition and will image the sampling mechanism.

“The successful collection of regolith from Bennu perfectly illustrates the ingenuity of the dedicated men and women from America’s storied space program, who routinely collaborate in order to provide valuable science,” said Jed Hancock, SDL’s executive director of programs and operations. “SDL is honored to be a part of this historic mission that builds upon our decades-long partnership with NASA and helps the agency achieve its vision to ‘reach for new heights and reveal the unknown for the benefit of humankind.’”

The Touch-And-Go Sample Acquisition Mechanism, TAGSAM, is the arm on the spacecraft responsible for collecting Bennu’s regolith sample and includes a round sampler head at the end. During the touch-and-go maneuver, the sampler head was extended toward Bennu. The momentum of the spacecraft’s slow, downward trajectory pushed the sampler head against the asteroid’s surface for about ten seconds—just long enough to obtain a sample. At contact, the spacecraft fired nitrogen gas onto the surface to roil up dust and small pebbles, which were then captured.

OSIRIS-REx fired its thruster to back away from Bennu’s surface, and now the mission team will measure the sample amount by spinning the spacecraft with the collection arm extended. The team will compare the change in the spacecraft’s inertia with a previous, empty TAGSAM spin to ensure that enough sample was collected. The TAGSAM head will then be placed in the Sample Return Capsule for return to Earth. After successful stowage, the spacecraft will slowly drift away from Bennu to a safe distance, where it will stay until its departure in 2021 for the Return Cruise Phase back to Earth.

Currently about 207 million miles away from Earth, asteroid Bennu is a carbon-based asteroid whose regolith may contain evidence of our solar system’s primeval history. Contained within its regolith could be clues that Bennu may also have molecular precursors to the origin of life and Earth’s oceans, scientists believe.

With a polar diameter of approximately 510 meters—the Empire State Building is 443 meters tall—Bennu is also one of the most potentially hazardous asteroids and has a relatively high probability of impacting Earth late in the 22nd century. OSIRIS-REx will determine Bennu’s physical and chemical properties, which will be critical knowledge in the event of an impact mitigation mission.

According to NASA, asteroids like Bennu contain natural resources such as water, organics and precious metals. In the future, these asteroids may fuel solar system exploration by robotic and crewed spacecraft.

“It is incredibly exciting to be involved with missions like OSIRIS-REx,” said Alan Thurgood, SDL’s Civil and Commercial Space division director. “Being a part of exciting science with historically significant missions and pushing human knowledge forward motivates our team at SDL to do great work.”

The OSIRIS-REx Sample Return Capsule will land in Utah’s West Desert in 2023. 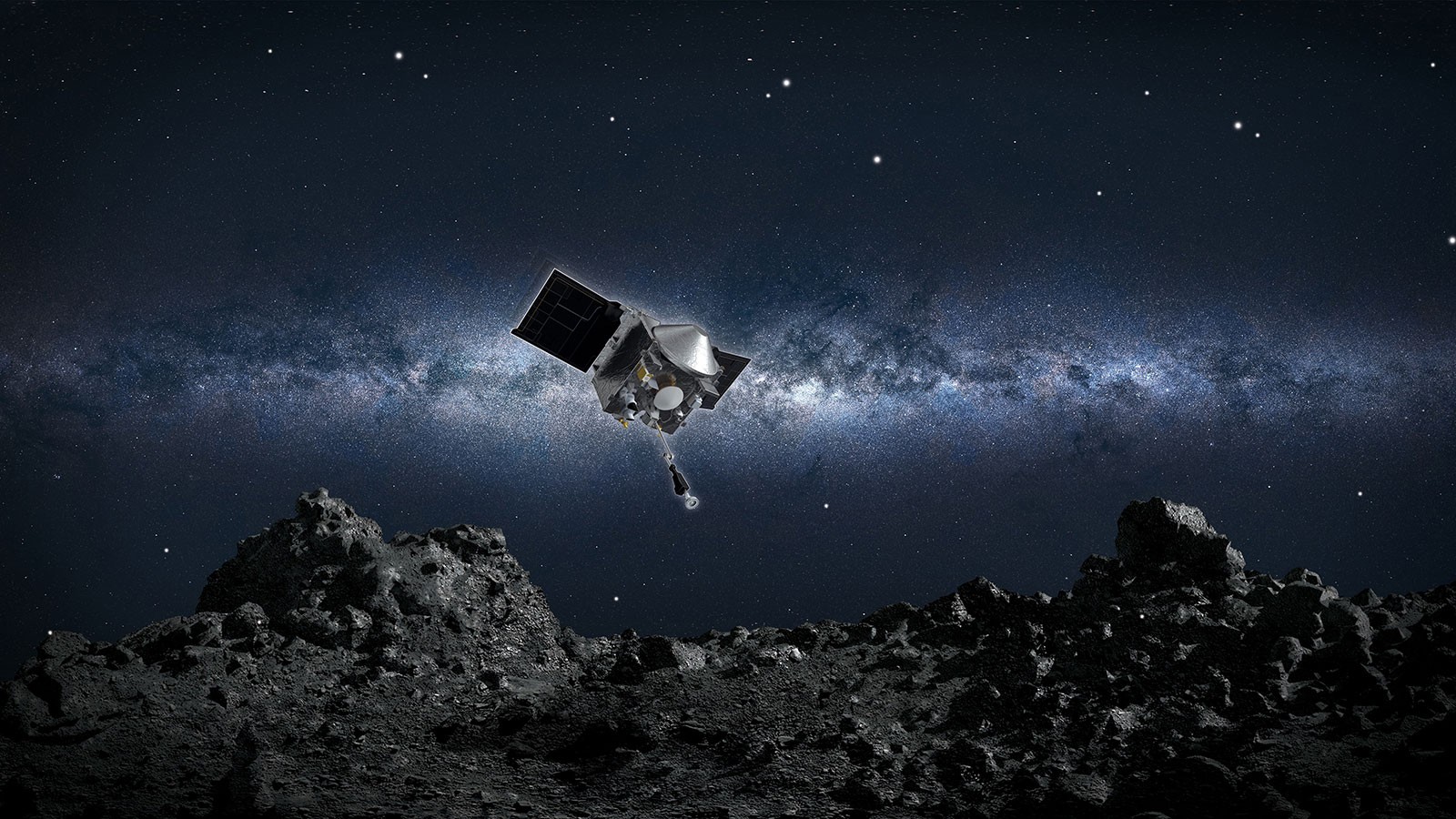