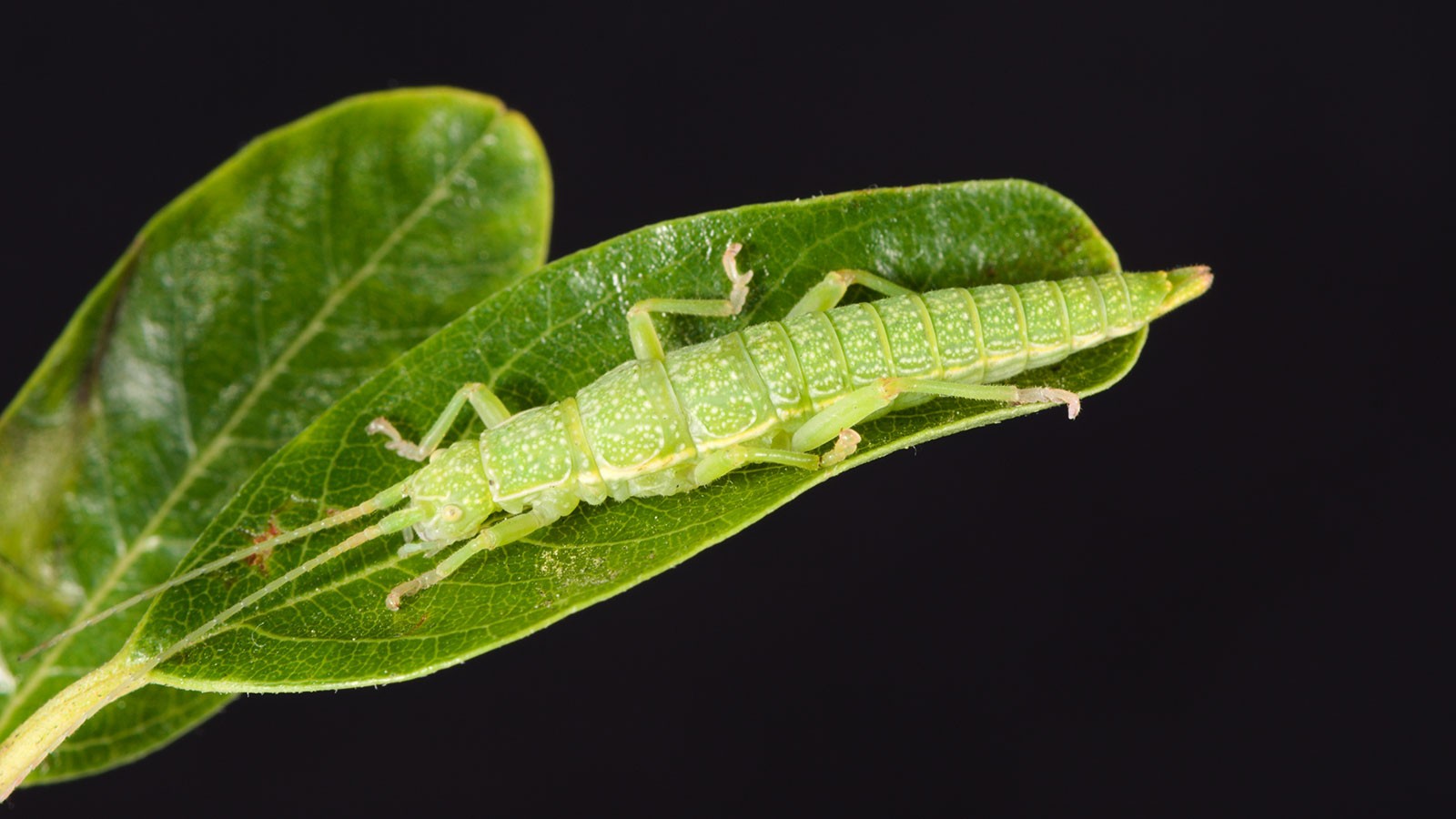 Traits that form an organism’s appearance, including color, are determined by many different genes and the creature’s environment.

“Humans and domestic animals, for example, have varied skin, fur and hair, as well as a range of heights – an example of continuous variation,” says Utah State University genetic ecologist Zach Gompert. “In the wild, however, types of genetic mutations affecting adaptation and thus, appearance, are only beginning to be understood. Some traits show more discontinuous or discrete variation.”

“Most research on the genetic basis of traits and adaptation has focused on individual genes and small mutations,” says Gompert, associate professor in USU’s Department of Biology and the USU Ecology Center. “But in this paper, we uncover a greater role for large mutations and structural rearrangements of the genome that effectively ‘lock up’ suites of genes in groups.”

The stick insects used in the study are flightless and plant-feeding. Most Timema species have green and brown-color “morphs,” a local variety of a species, which are cryptic, meaning they visually blend into their surroundings. Cryptic coloration enables the insects to avoid predation by birds, as they blend in on the leaves and stems or bark of the plants they eat. However, one species, Timema chumash, exhibits a range of morph colors, including greens and browns, but also yellow, orange, red and shades of blue.

“Using genome-mapping methods, we show that a large, million base pair, adaptive deletion – a supermutation – converts a continuum of color variation seen in T. chumash into discrete color morphs in the other stick insect species,” Gompert says.  “This finding is important, as it helps reconcile large evolutionary shifts or gaps with the continuous process of evolution. It also provides insights into how continuous variation is packaged into semi-discrete units of biological diversity, such as morphs, sexes and species.”

Large, segregating blocks of genes, he says, have most frequently been associated with hybridization, the process of an organism breeding with another species or variety. In an earlier paper published in the May 1, 2020 issue of Nature Communications, Gompert and colleagues reported a study of Lycaeides butterflies shows that hybridization and natural selection can result in repeated patterns of evolution at a chromosome scale.

“However, the Timema case is different,” he says. “Here the supermutation has persisted as a polymorphism within a species, mainlining green and brown forms, for millions of years without hybridization. Instead, natural selection appears to maintain both forms in a balance.” 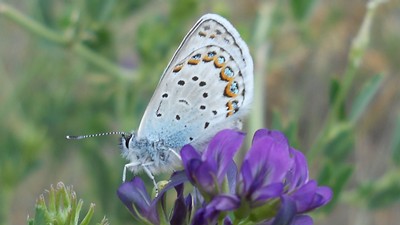 In the May 1, 2020 issue of 'Nature Communications,' Gompert’s team published a study of Lycaeides butterflies showing hybridization and natural selection can result in repeated patterns of evolution at a chromosome scale. Zach Gompert. 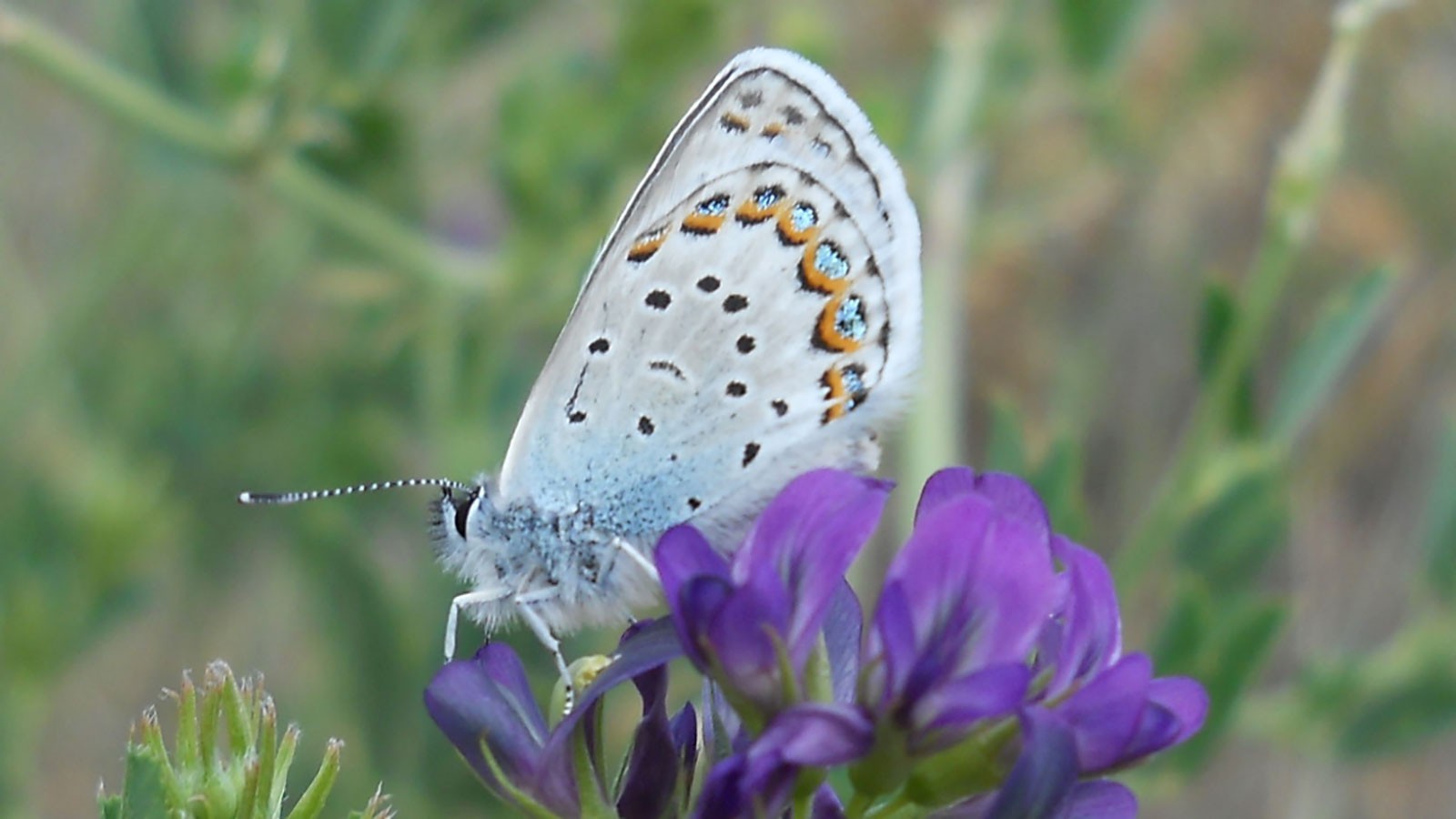 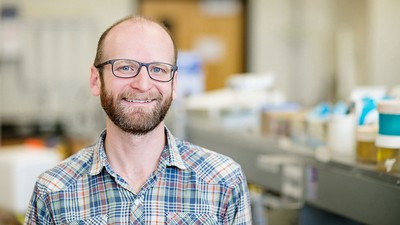 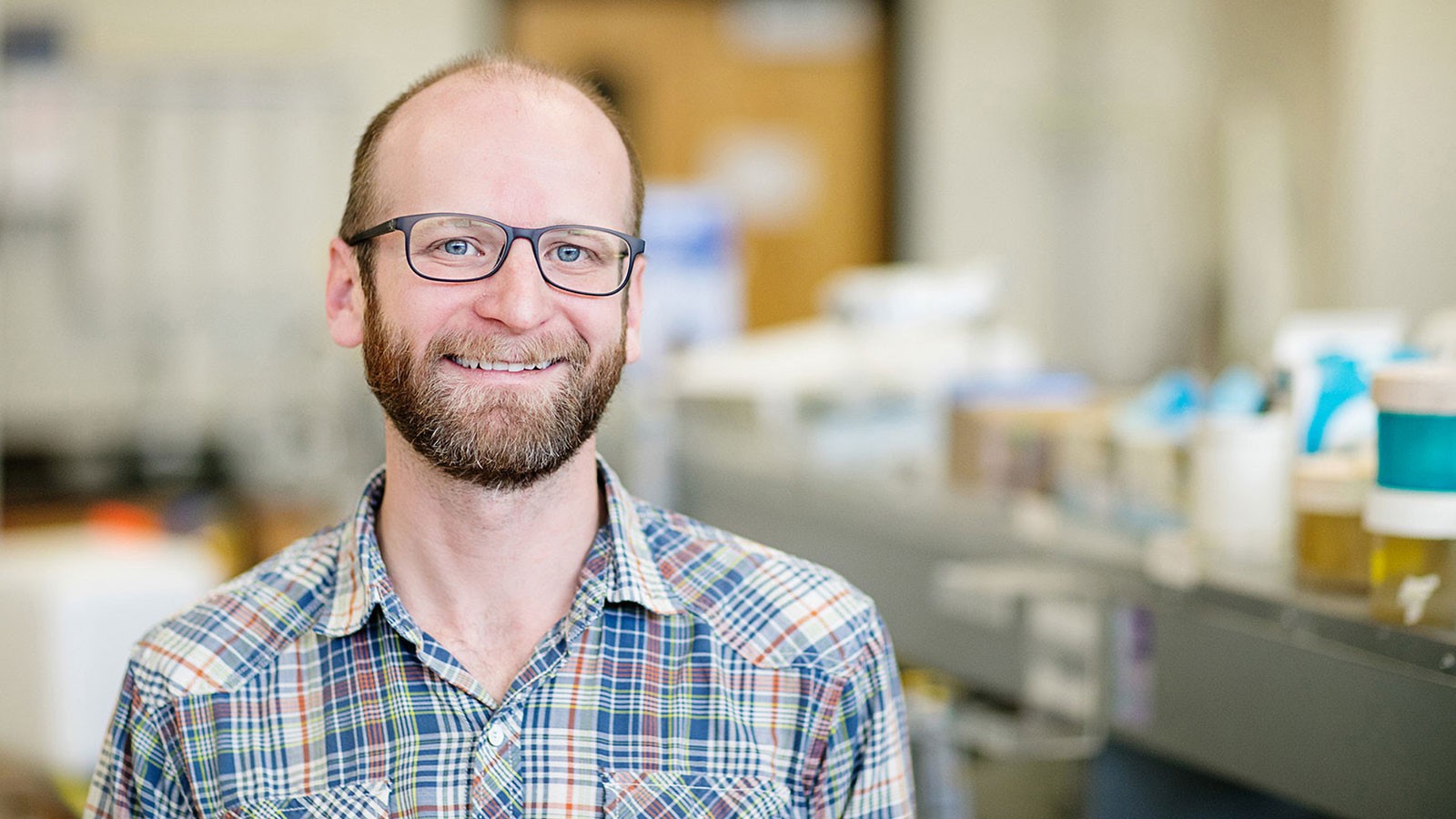