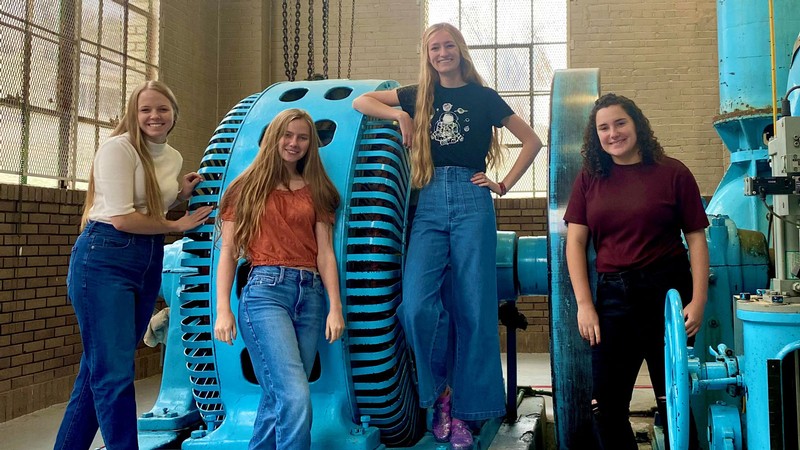 A group of students from Cassandra McCall's Mechanics of Materials class (left to right: Kaitlyn George, Emily Triggs, Kristine Peterson, and Rachel Cohn) created a fashion magazine as their final project for the class. 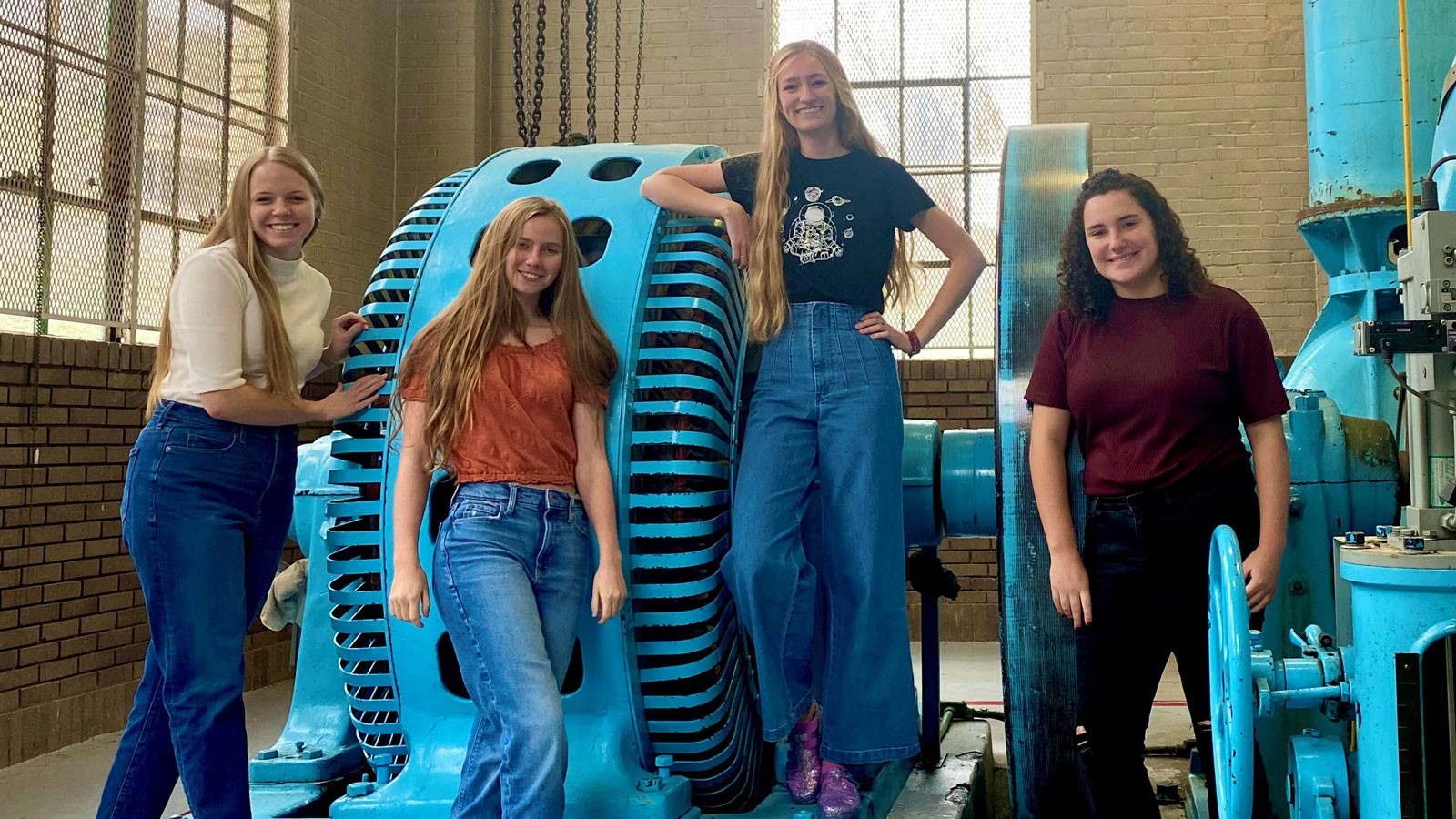 When Assistant Professor of Engineering Education Cassandra McCall told her Mechanics of Materials class they could turn in their final project in any format they chose, she wasn’t expecting to receive a fashion magazine.

But as her students Kristine Peterson, Rachel Cohn, Emily Triggs and Kaitlyn George considered how to create a project that celebrated themselves as whole people — both engineers and creatives — the format seemed like a great fit.

“This project was the perfect final for the Mechanics of Materials class because it was a creative real-life application to what we had been learning,” Cohn said. “I’ve found that when you are able to see concepts from class in everyday life, the information often becomes more exciting and important.”

Each of the students brought a different set of skills to the project, which Peterson said was an important part of the collaboration.

“We were able to take engineering and use our unique perspective and create a new way to look at it,” she said.

The overall tone of the magazine is set by a letter from the editor that the group wrote stating that “Women and girls can see that being in science does not limit femininity and that femininity does not limit science. It never has.”

The rest of the eight-page project features original photos, art and design elements produced by the team, in addition to articles and equations that illustrate what they learned in class and applies that information to the real world. For example, in one of the magazine’s spreads, Triggs, a ballerina, poses on railroad tracks in her pointe shoes. The images are accompanied by an equation analyzing the stress the bolts on the track are designed to bear.

“This project gave us an opportunity and desire to have fun with engineering, instead of seeing it just as another project to complete for school,” Triggs said.

“Often in engineering and STEM fields we get lost in the math and science and forget the creative aspect of what we do,” she said. “This project helped me to think creatively and remember what I love about engineering: solving problems by thinking differently, not by doing what has been done before.”

McCall said this project is a testament to the creative potential of students when given the space to apply course concepts in ways that are relevant and interesting to them.

“As an instructor, I was so excited to learn more about the hobbies and interests of these students and how they connected engineering to the other aspects of themselves that make them who they are,” she said. 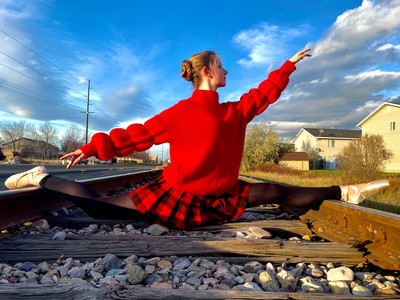 Emily Triggs poses for a photo as part of her Mechanics of Materials final project. 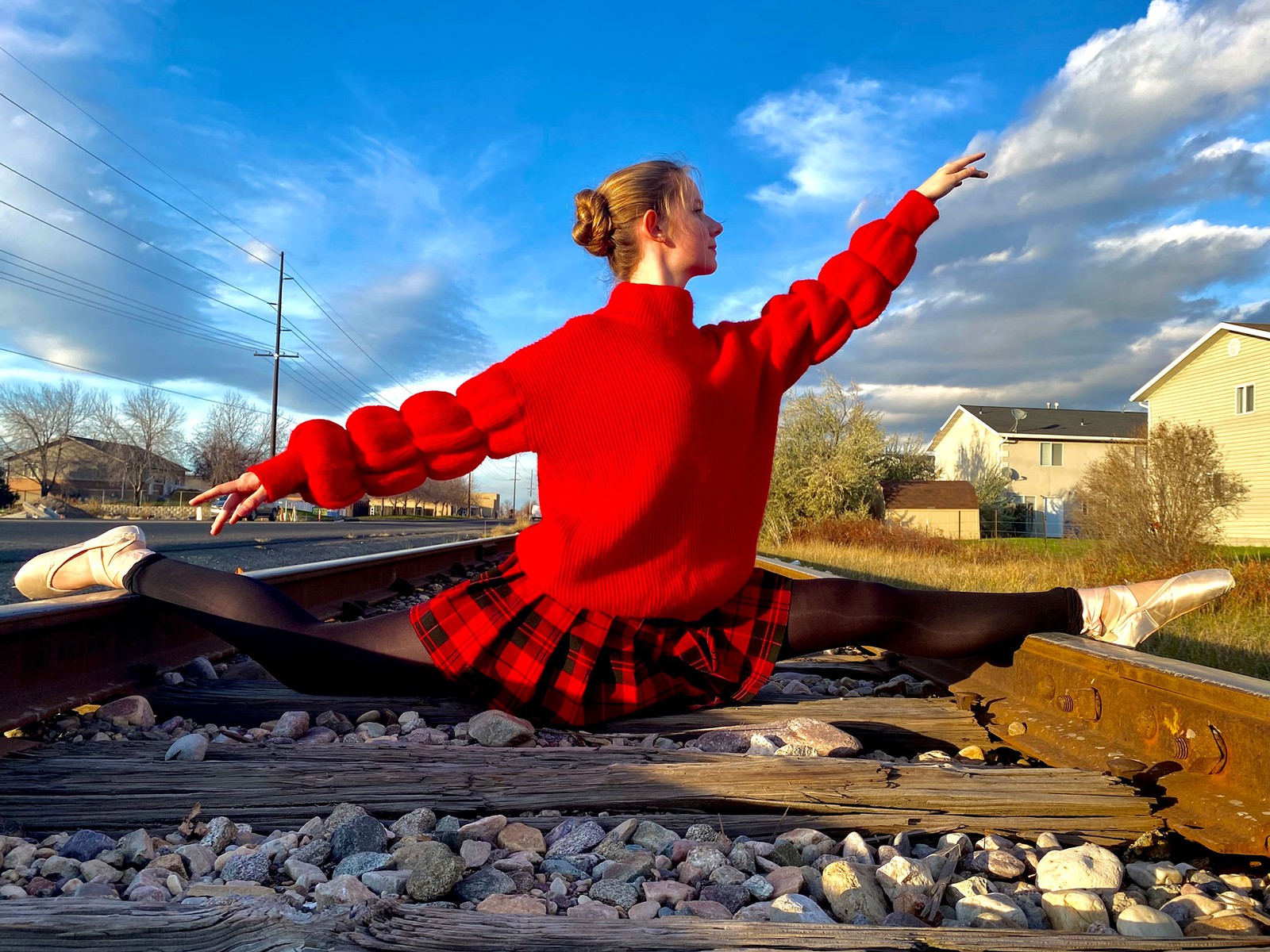 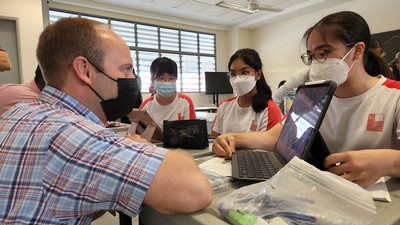