The cream doesn’t just rise to the top of an organization — it gets pulled there, argue Utah State University professors Alison Cook and Christy Glass. The two recently authored four papers exploring the conditions under which nontraditional leaders such as women and racial minorities ascend to top leadership positions in Fortune 500 companies and NCAA Division I Basketball teams. And their findings are bleak unless changes are adopted by corporate boards and executive hiring committees, the pair’s research shows.

Cook, an associate professor of management at the Jon M. Huntsman School of Business, and Glass, an associate professor of sociology in the College of Humanities and Social Sciences, tested the glass cliff theory which asserts nontraditional leaders are more likely than white males to be promoted to struggling firms. The notion of a cliff comes into play when these same leaders are ousted — typically with a shorter period at the helm than white leaders — when their organizations continue to underperform. The professors identified a phenomenon known as the “savior effect” to describe how nontraditional leaders are typically replaced by white males.

“We set out to test the glass cliff theory, but we started to see this other post promotion phenomenon and we were trying to make sense of it,” Glass said. “Why is it that they are more likely to be replaced by traditional leaders? [We] put our heads together and figured out this other mechanism I don’t think others have identified or tested in the past, which we named the savior effect.”

Most studies of promotion do not include a post-promotion tenure trajectory. Cook and Glass reasoned if biases shape initial promotion decisions, they will continue to shape the careers of nontraditional leaders. They used longitudinal data sets to examine the promotion and tenure of CEOs in Fortune 500 companies and of men’s head basketball coaches in the NCAA. Their findings were published in the journals Social Problems; Gender, Work and Organization this spring; with two forthcoming articles in Journal of Managerial Psychology and Strategic Management Journal.

They studied leadership transitions of NCAA Division I basketball coaches between 1979 and 2009 to test to the conditions under which minorities are promoted to top leadership positions. At the time the article “Glass Cliffs and Organizational Saviors: Barriers to Minority Leadership in Work Organizations” was published in Social Problems, minorities comprised only 1 percent of corporate CEOs and the United States Senate had zero black senators. Cook and Glass chose this dataset to study a statistically valid sample.

The idea that women are more likely to be promoted to poorly performing companies is a phenomenon known in management circles as the glass cliff. Cook and Glass’s study found it also applies to minorities, and that more often than not, they are replaced by a traditional leader when they can’t improve the team’s record. Their analysis shows traditional universities hired a minority coach only 22 percent of the time whereas historically black colleges hired minority coaches 89 percent of the time. The numbers don’t square with the fact that minority players comprise about half of NCAA Division I teams. Minority coaches were also more likely to be hired to a team with a losing record and endure shorter tenures at their positions — nearly a year less on average than their white counterparts.

“In some ways it’s kind of like minority coaches face a double jeopardy,” Glass said. “Not only are they more likely to be placed in struggling teams, but they’re not given enough time to prove themselves, so in some ways that risks confirmation bias that black coaches aren’t as good.”

“In short, minority leaders are pushed off a glass cliff,” they write in the paper. “Decision makers may blame organizational struggles on individual leaders, who were placed in precarious positions at the point of hire. This lessens minority leaders’ ability to demonstrate their leadership capability and reproduces biases regarding minorities’ ability to lead effectively.”

Cook explains that minority coaches often feel compelled to sign on to posts that are often turned down by white coaches because they are deemed too risky for their careers.

“The perception for minority coaches is that this is their only promotion opportunity,” she said.

Cook doesn’t believe the problem is in the pipeline. Minorities are in the candidate pools. They are just not getting to the top.

“You have to look at this higher up,” she said.

The hiring of coaches to tier one basketball teams is akin to the promotion of CEOs in Fortune 500 companies. The process is not public, and candidate pools are vetted by a select group of board members or administrators under rigid time constraints. The USU professors analyzed a dataset of all CEO transitions among Fortune 500 companies from 1990 to 2011 to test the conditions under which women are promoted to top leadership positions in American corporations.

“What’s really important about identifying the barriers to leadership for women and minorities is because, irrespective of the actual power to drive corporations or drive nations or drive basketball organizations, these positions are the positions with the most prestige, with the most authority, the most compensation,” Glass said. “I think understanding what those windows of opportunity are for women and minorities is really critical.”

Scholars have identified a phenomenon known as the glass ceiling to describe invisible barriers contributing to the underrepresentation of women in leadership positions. However, some women do ascend to the top — albeit few occupy seats in the upper echelon of business. Women hold about four percent of leadership positions Fortune 1000 companies, Cook said.

Previous studies have addressed why women get stuck at the bottom; Cook and Glass opted to investigate the mechanisms that lead to their rise, which remains a rare phenomenon.  In their analysis, Cook and Glass found diversity on corporate boards significantly increased the chances of a woman being promoted to top posts and enduring a longer tenure regardless of firm performance, whereas all-male boards are more likely to appoint male CEOs. They published their findings in the journal Gender, Work & Organization.

She and Glass believe that awareness of unintentional biases is critical for decision-makers who hire women and minorities to adequately support their promotions. They point to the flack Marissa Mayer, CEO of Yahoo, recently received after revoking employee privileges who work remotely.

“She’s trying to save a company,” Cook said. “If it were a man in that position, people would just say, ‘Well he’s tough. He’s just trying to get everyone back to work.’ Steve Jobs’ return to Apple included a similar approach. He took away all the perks; he was very hard-lined. But yet he’s touted as probably one of the most successful CEOs ever.”

The authors suggest more awareness about biases against women and minority leaders is critical for reshaping future leadership transitions at top companies. In the 1990s companies made an effort to put minorities and women on boards, but that endeavor has dissipated in recent years, Cook said.

Glass outlines a series of steps that need to be taken if boards are serious about promoting women and minorities to top leadership positions. Companies should formalize the hiring process for CEOs and upper management positions; make it transparent; and pressure decision makers to extend their networks beyond their own personal networks.

“I think companies have gone a fairly great distance to eliminate overt forms of bias and discrimination,” she said.  “What remains are a lot of these unconscious bias mechanisms that are actually harming companies or impeding companies efforts to increase diversity. I think if you can create those conditions, you’re not going to eliminate bias, but you’re going to minimize decisions that are driven by bias.”

It’s not all depressing, she said. “Our finding that diverse boards can really play an important role in limiting some of these disadvantages for leaders, that’s a real positive because it’s a powerful relationship if companies can focus on it.”

Cook and Glass have two additional forthcoming papers detailing how women and minorities in American corporations experience the glass cliff and savior effect. Their findings have been pre-published online in Strategic Management Journal and will be published in the Journal of Managerial Psychology in 2014. 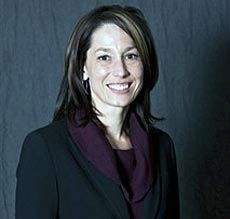 Christy Glass, associate professor of sociology in the College of Humanities and Social Sciences at Utah State University. 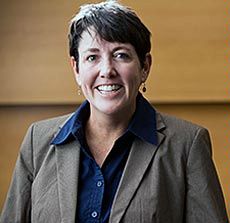 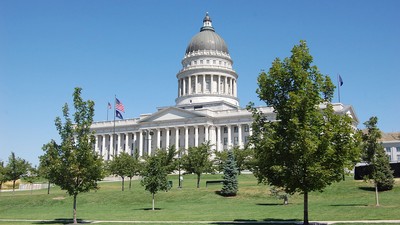