Anita Sarkeesian has canceled her scheduled speech for tomorrow following a discussion with Utah State University police regarding an email threat that was sent to Utah State University. During the discussion, Sarkeesian asked if weapons will be permitted at the speaking venue. Sarkeesian was informed that, in accordance with the State of Utah law regarding the carrying of firearms, if a person has a valid concealed firearm permit and is carrying a weapon, they are permitted to have it at the venue.

Sarkeesian is a Canadian-American feminist, media critic and blogger who was scheduled to speak on the portrayal of women in video games on Oct. 15, at Utah State in the Taggart Student Center. All university business will be conducted as scheduled tomorrow.

A number of personnel at Utah State University received an email regarding the scheduled presentation by Anita Sarkeesian tomorrow, October 15, 2014, at USU's Taggart Student Center. The email contained threats to Sarkeesian and those who attend her presentation.

Utah State University police is coordinating the threat information with other local, state and federal agencies, including the Utah Statewide Information and Analysis Center, the FBI Cyber Terrorism Task Force, and the FBI Behavioral Analysis Unit. After a careful assessment of the threat it has been determined it is similar to other threats that Sarkeesian has received in the past, and all university business will be conducted as scheduled tomorrow.

Sarkeesian’s talk will go ahead as scheduled, and we are taking every precaution to ensure the safety of our students. Prior to the threat, Utah State University police were already making preparations for security as the speaker had received similar threats in the past. Enhanced security measures will now be in place, which include prohibiting backpacks and any large bags.

The safety and protection of students and staff is paramount at Utah State, and we will take every precaution to ensure that attendees will have the opportunity to hear Sarkeesian, a national speaker, tell her perspective about an important topic. As an institution of higher education, it is important that we provide our students with rich learning experiences from a variety of sources.

Sarkeesian is a Canadian-American feminist, media critic and blogger. She is the author of the video blog "Feminist Frequency," and she writes often about how women are portrayed in video games. In 2012, she was targeted by an online harassment campaign following her launch of a Kickstarter project to fund the Tropes vs. Women Video Games series. Extensive media coverage placed Sarkeesian at the center of discussions about misogyny in video game culture and online harassment.

Sarkeesian’s talk is hosted by the Center for Women and Gender at USU. 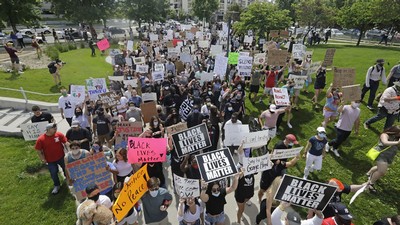 USU grounds crew mows American Flag into the iconic Quad on the Logan campus in honor of the Fourth of July. 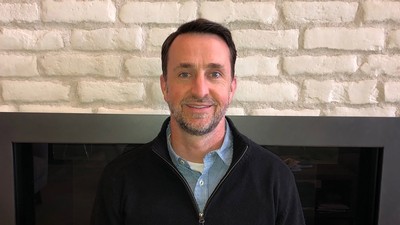