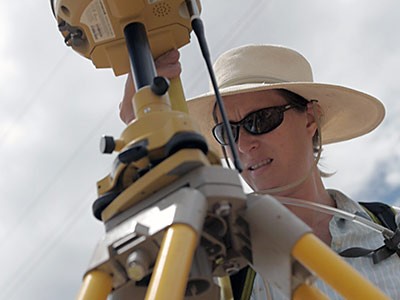 USU anthropologist Molly Cannon uses highly specialized equipment for remote sensing of the ground to find evidence of the 1863 massacre of more than 250 Shoshones. The team searched not only for artifacts, but for charred ground or changes in soil composition that would provide clues to the event's whereabouts. Photo credit: Phillip Shoen.

Archaeology, with its trowels and screen sifters, presents us with a quandary. Its scientists often erase the very thing they’re studying. Too often the search for knowledge clashes with respect for the dead.

But thanks to specialized equipment found in very few anthropology labs across the country, USU archaeologist Ken Cannon and anthropologist Molly Cannon have shown us that they can discover without despoiling, that there is a compromise between verification and veneration.

“We are a science that destroys what it studies through that process,” said Molly Cannon, deputy director of USU’s Museum of Anthropology. So when a site holds remains or sacred relics, she said, instead of digging “we have to create a documented record of that archaeology site to the best that we can. And the best that we can is using this equipment to make a representation of what we see on or in the ground.”

One of their most recent explorations is a great example. The 1863 assault on starving Shoshone Indians by federal troops just north of Preston, Idaho, still confounds and grieves members of the Northwestern Band of the Shoshone Nation. Some 260 or more people were shot and run down by federal troops in an event that’s appropriately described by its name, the Bear River Massacre.

The site of the burned village remained largely unknown, as does as the stretch of the Bear River whose icy January waters killed many of those fleeing the soldiers.

The area that native oral history describes as the site is today crisscrossed with canals, county roads and tractor-formed corn rows. It’s sacred to the tribe, and it’s big — more than a square mile.

USU’s Spatial Data Collection Analysis and Visualization Lab gave the Cannons the ability to work past such sensitive issues. They and their team, including USU geologist Joel Pederson, students and an archaeologist from the Idaho State Historical Society, were able to see below the ground with no more disturbance than an occasional shovel-deep dig.

“Sometimes we don’t want to disturb the ground — such as the Bear River Massacre site,” said Cannon. “We wanted to have as minimally invasive techniques as possible.”

The location of the site, as well as the protocol created by the Cannons to leave behind minimal damage — has sparked a lot of interest in scientific journals across the country. Most recently, for example, Smithsonian Magazine in May published a feature about the couple’s work, “The Search is On for the Site of the Worst Indian Massacre in U.S. History.”

The USU lab was funded in 2010 by a $600,000 Major Research Instrumentation Grant from the National Science Foundation. Such equipment is part of very few labs in the United States, said Molly Cannon, because USU is one of few university programs that focus on archaeological geophysics, the use of noninvasive ground-based sensing techniques. Among the specialized equipment is:

More common in the archaeological world — indeed, something as necessary to archaeologists as a word processor is to writers — is a suite of mapping instruments. The USU lab’s mapping devices include a total station, which uses a laser to map distances between points, as well as a range of GPS units. One survey-grade GPS unit, said Cannon, can detect points around the world within a centimeter of accuracy. The mapping suite also includes software that includes the industry-standard GIS (geographic information system), as well graphing and 3-D visualization programs.

The mapping and GPS equipment is especially vital in a project like the Bear River Massacre because, she said, “we can look at the spatial relationship between all the artifacts and objects that people leave behind.”

The scientists found no human remains but did uncover such artifacts as buttons, nails, horseshoes and plenty of unidentifiable metal shards. And spoons. Why do many archaeological projects seem to dig up spoons?

“I don’t know, it’s like socks I guess,” laughed Cannon.

Railroads spikes were evidence of the tracks that from the 1880s crossed the area.

Also uncovered were five identifiable bullets. A single .44-caliber round lead ball was identified as being from the massacre era.

“It’s the one object that is likely representative of the massacre,” she said.

Artifacts were only clues to an understanding, said Cannon. “We had no intention of digging up human remains,” she said. “But we wanted to identify these key locations that related to the massacre.”

The search has led team members to the possible conclusion that the modern world has buried the actual massacre site.

“There was even a town out there at one time,” said Cannon. “We think that county roads have been built right in the main part of where the village was.”

Pioneer and modern farmers, transforming the sagebrush acreage into the rich farmland it is today, grated and contoured fields, possibly removing much of the top soil.

“And then the Bear River itself moved,” Cannon said.

Team member Joel Pederson, a USU geo-morphologist — that is, an expert in how landscapes shift over time, estimated the river shifted south about 500 meters, probably during one event.

Pederson, she added, helped guide the team to possible archaeological sites — for example, said Cannon, “the terrace levels that the Shoshone would have had available to have their site on.”

Unfortunately, the massacre also remains buried in history, a fact that originally drew Molly Cannon to the project. She saw the archaeological project as a path to greater awareness of the still little-known massacre.

“It’s just not an event that’s discussed or taught,” she said. “It’s not something that people even locally know, much less on a national level. So perhaps we can help those stories be told to help build bridges between our communities.”

The stories themselves remain for those closer to the event to tell. Stories of women desperately jumping into frozen water, their babies strapped on their backs. Of young men battered to the ground with rifle butts. Of drowned children floating down the river “among the other dead bodies and blood red ice,” according to one village elder.

“So I can simply offer what I have expertise in,” she said, “which is in understanding the archaeological record.”

The team members anticipate working with the Northwest Band to preserve the site or possibly create an exhibit like that planned in 2017 at the Idaho State Museum. The resulting data and maps — which look much like MRI brain scans — will also serve as what Cannon described as a management tool. During the building of interpretative markers, for instance, “we can produce these maps and say, ‘These are areas you wouldn’t want to disturb.’” 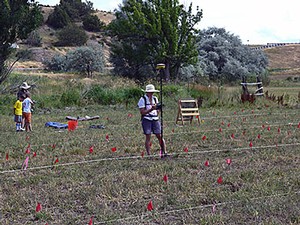 Molly Cannon, curator of USU's Museum of Anthropology, was part of a team conducting an archaeological survey to locate the site, long since obscured by modern land usage, of the 1863 Bear River Massacre that left hundreds of Shoshone men, women and children dead. Photo credit: Kenneth Cannon 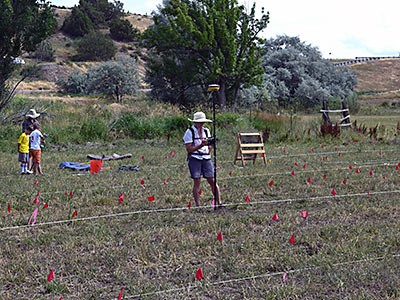 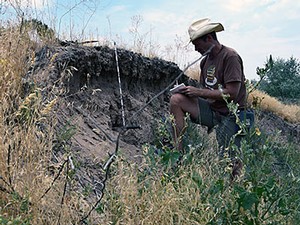 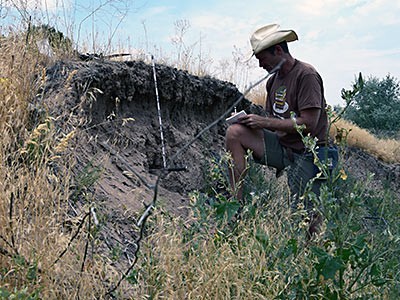 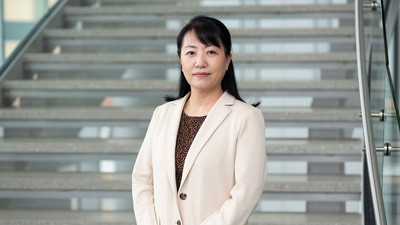