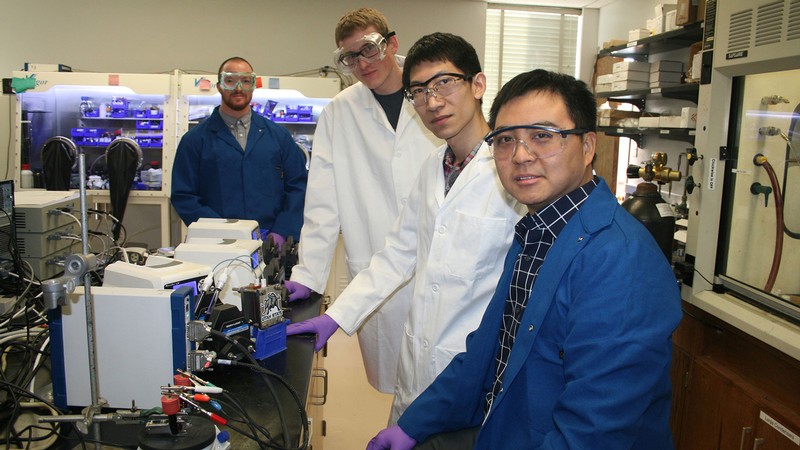 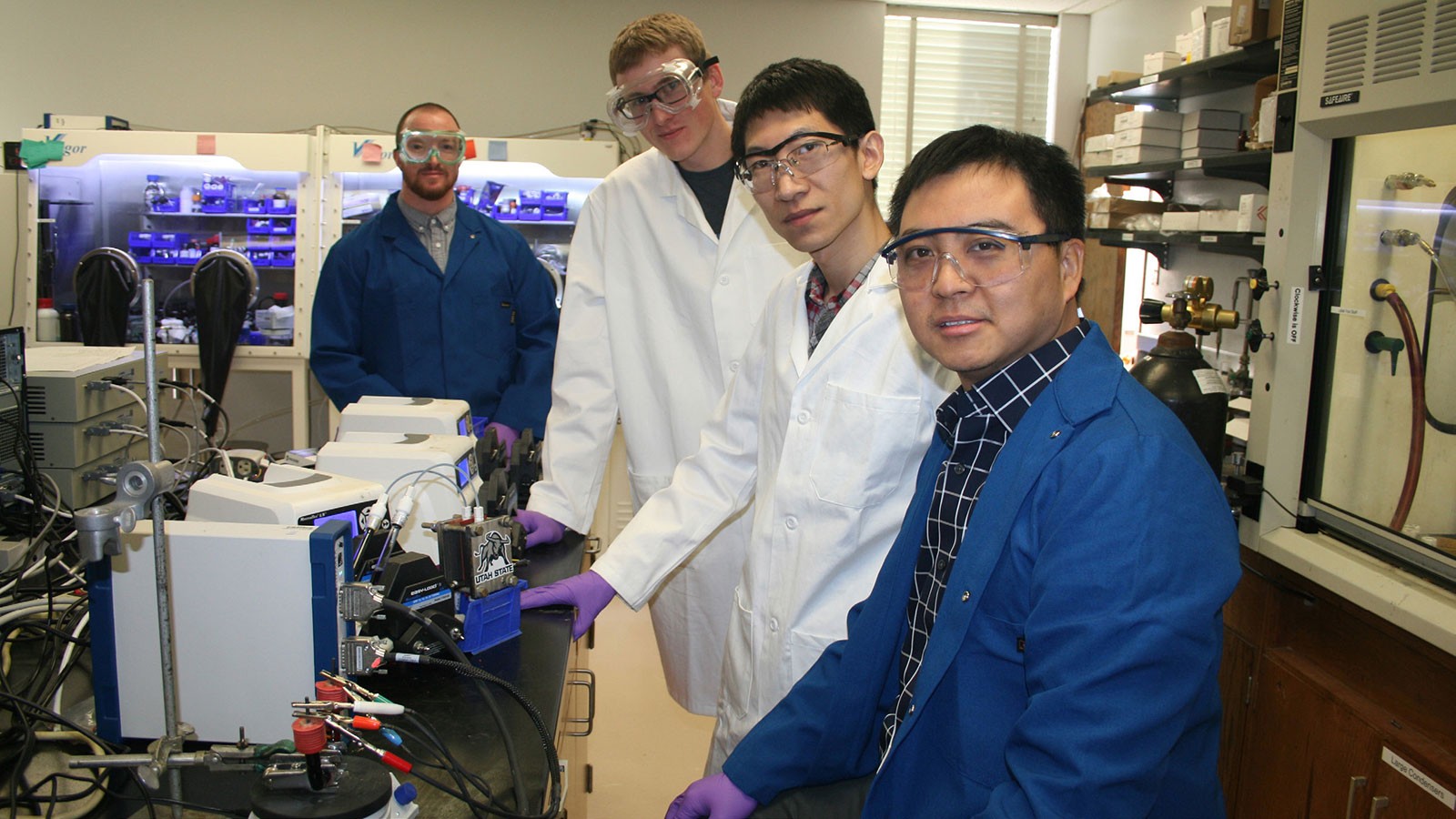 Aggie chemists Tianbiao “Leo” Liu, Bo Hu and Maowei Hu are among authors of a paper published July 13, 2020, in Nature Materials, describing a solar flow battery design that combines energy conversion and storage in one unit. Collaborators on the project include Wenjie Li and Jin Song of the University of Wisconsin-Madison, Anita Ho-Baillie of the University of New South Wales and University of Sydney in Australia, Jr-Hau He of King Abdullah University of Science and Technology in Saudi Arabia and the City University of Hong Kong.

“This technology could expedite electrification in remote locations,” says Liu, assistant professor in USU’s Department of Chemistry and Biochemistry, whose participation in the research was supported by a National Science Foundation CAREER grant he received in 2019.

“Each of these technologies offers advantages,” he says. “The photovoltaic cells convert sunlight into electricity, while the flow batteries can be charged by the solar cells to store solar energy simultaneously. The integrated design produces very high voltage and very stable cycling.”

The technology builds on research efforts Liu’s lab reported on AORFBs in a 2018 paper in ChemComm.

“Battery storage of environmentally friendly energy resources, such as solar and wind, presents challenges because of unstable grid energy, heavy cycling that requires frequent charging and discharging, as well as irregular, full recharging,” Liu says. “In addition, we need energy storage electrolyte solutions that are safe and affordable. AORFBs show great promise in fulfilling these needs.”

Further, the Liu Lab is designing AORFBs for integrated saltwater desalination and energy storage, which the team reported in the April 27, 2020 online edition of Advanced Functional Materials. The research was supported by a Utah Science Technology and Research (USTAR) Initiative University Technology Acceleration Grants (UTAG) grant.

“Combining water desalination and energy storage into a bifunctional device offers the opportunity to address not one, but two growing global issues from one hardware installation,” Liu says. 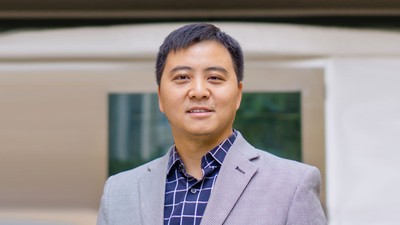 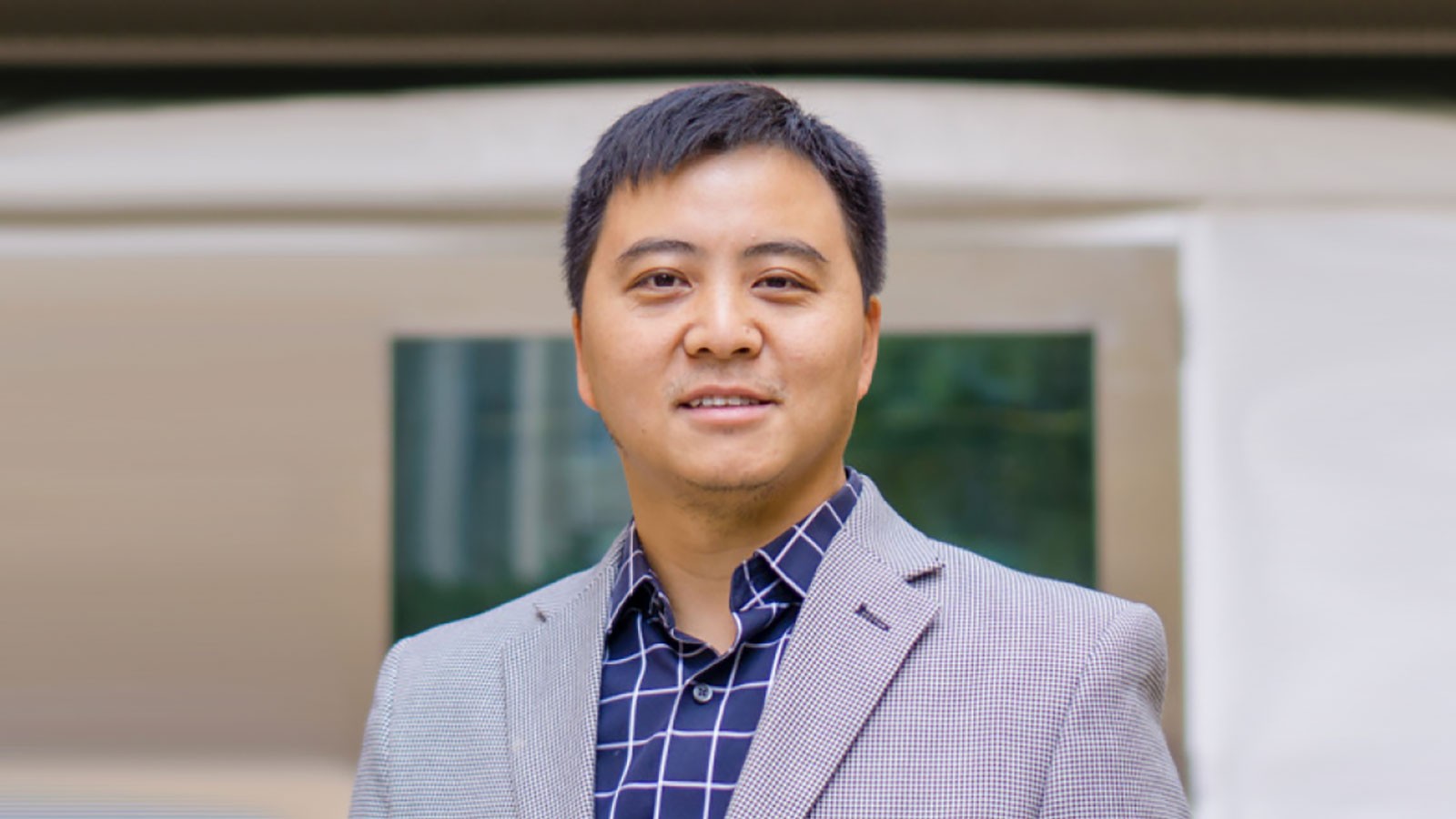 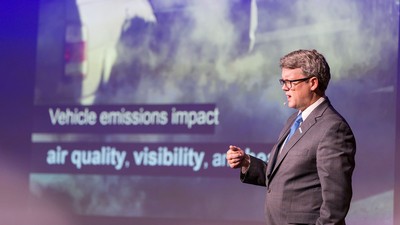