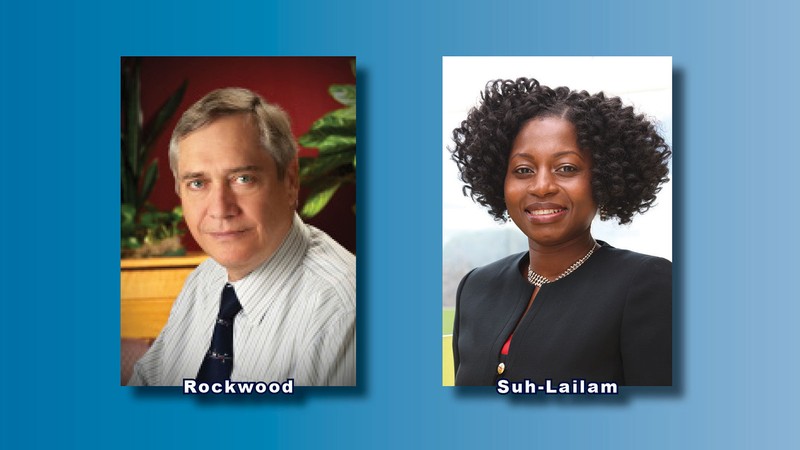 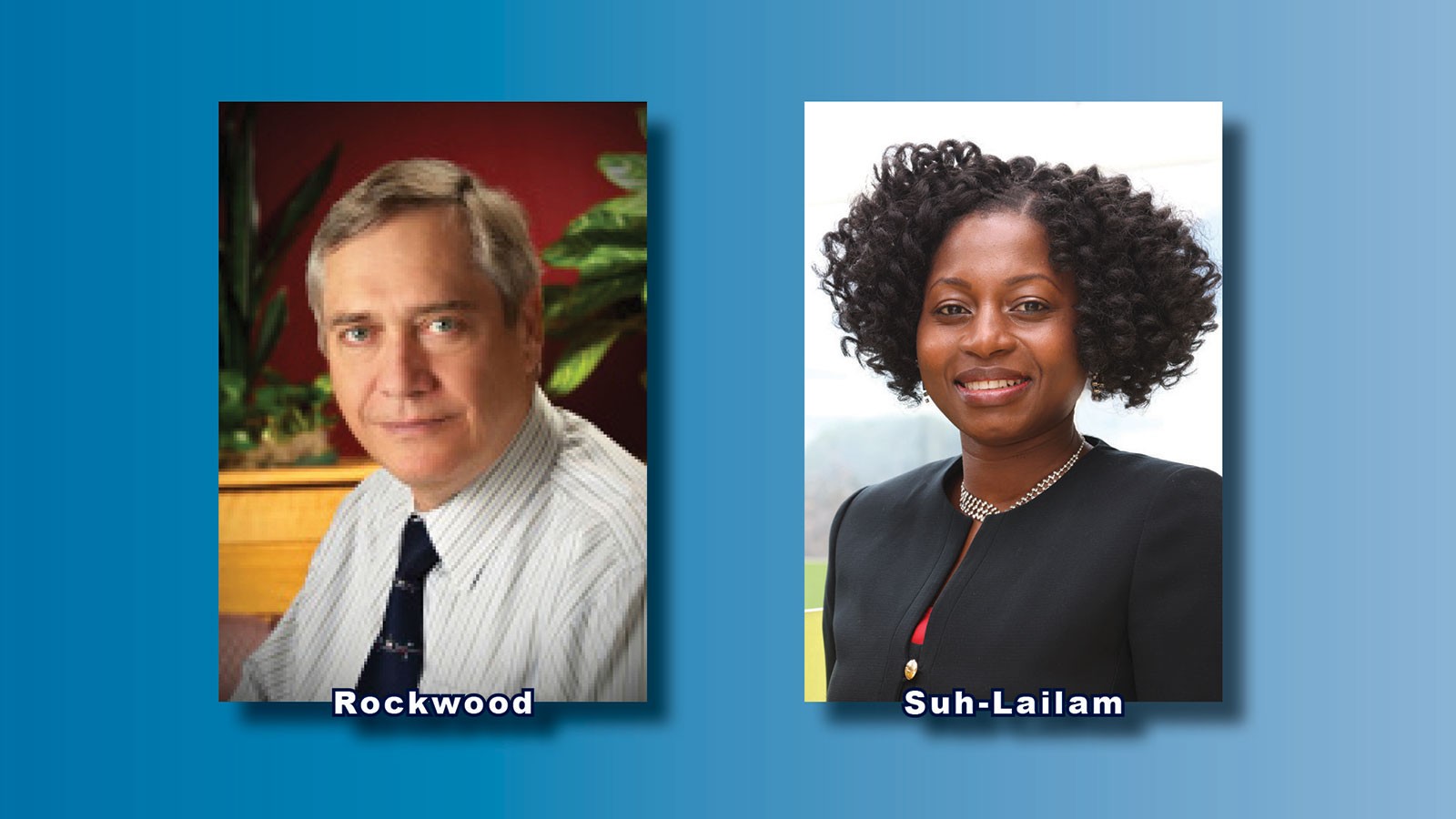 After a hiatus, Utah State University’s Department of Chemistry and Biochemistry announces the resumption of its Alumni Achievement Award program, with a new development.

“In the past, we’ve named one award recipient at a time,” says Department Head Lance Seefeldt,

Interestingly, the two were colleagues for a time, as Suh-Lailam completed a postdoctoral fellowship at ARUP Labs. Both are now involved, in varying degrees, in the global battle against COVID-19: Suh-Lailam in supervision of testing techniques and Rockwood, as a pioneer in spectrometry.

Mass spectrometry is arguably the most important analytical spectroscopic tool of modern times and its ability to characterize a wide variety of biomolecules has revolutionized biological research, along with forensics and drug development. Many advances in “mass spec” can be traced to USU alum Alan Rockwood.

Granted the 2020 Distinguished Contribution Award by the Association for Mass Spectrometry and Advances in the Clinical Lab, Rockwood holds more than 16 patents, has at least eight patents pending and has authored more than 150, often-cited, peer-reviewed papers.

Rockwood served as a teaching assistant for Lee’s freshmen chemistry class and recalls the professor’s sense of humor.

“When students complained about the class and worried about passing the course, Dr. Lee reminded them that he, as professor, would be repeating the class next semester, and the next...”

During a final exam, when a student let out an exasperated remark invoking a deity, Lee responded, “Hey, no outside help!”

Among Rockwood’s classmates were Carl Wittwer, PhD ‘1982, and Ted Mifflin, PhD’1983, as well as undergraduate David Bahler, son of the late USU Biology Professor Tom Bahler, who became a physician, served as a medical director at ARUP and a professor in the U’s Department of Pathology. All four Aggies became life-long colleagues and, as Rockwood notes, pursued careers in clinical laboratory science.

“I had the privilege of experiencing Utah’s three major universities – BYU as an undergrad, USU as a graduate student and the U during my professional life,” Rockwood says. “Among the three, USU is the most student-oriented.”

Suh-Lailam entered USU in 2004, after earning a bachelor’s degree in biochemistry from the University of Buea in Cameroon. With faculty mentor Joanie Hevel, who joined USU’s faculty as an R. Gaurth Hansen Assistant Professor of Biochemistry in 2003, Suh-Lailam studied protein functions, including an enzyme called PRMT1 (Protein Arginine Methyltransferase I) that plays a role in cardiovascular health.

“One of the best decisions I ever made was to join Joanie Hevel’s lab,” says Suh-Lailam. “She made a huge impact on me. She was tough and structured, but allowed us to pursue creativity in research. She introduced us to literature and trained us to be researchers. She pushed us, but gave

us important guidance and helped us think about our future careers. I never felt alone at USU.”

“Joanie put upper-level graduate students in charge of supervising newer students and fostered a very productive culture in her lab,” Suh-Lailam says. “I aspired to be like Joanie and her senior students, especially Whitney Wooderchak-Donahue, and eventually, I also advanced to a leadership and mentoring role.”

“I was really busy, but I’m glad I took on that responsibility, because it gave me very important insights into the university’s upper administration,” she says. “I learned a great deal about how the university balances resources and tough choices administrators have to make. I still use skills gained from that experience.”

“Through these groups’ activities, I learned to ski, visited Bear Lake and went on a lot of hikes in Logan Canyon,” she says.

A highlight was the African Student Association’s “African Night,” to which she invited her lab colleagues.

“I participated in experiences I probably would have never gotten to pursue, without those groups. I made wonderful friends and have great memories.”

Following completion of her doctorate at USU, Suh-Lailam completed a postdoctoral fellowship at Salt Lake City’s ARUP Laboratories, before accepting her current position with Ann and Robert Lurie Children’s Hospital of Chicago and Northwestern University.

“My responsibilities are tri-fold,” says the board-certified clinical chemist. “I’m director of the hospital’s Point-of-Care Testing and Clinical Chemistry Lab, which includes primary oversight of the lab’s testing, including quality assurance, accuracy, assessing new tests and adhering to government and accreditation standards.”

She says her experiences at USU prepared her well for professional challenges, including the current pandemic.

“I’m responsible for making sure our lab’s testing is accurate and effective, and that means constantly adjusting to changing conditions and techniques,”

Suh-Lailam says. “Pediatric patients are different from adult patients and no two tests are the same.”