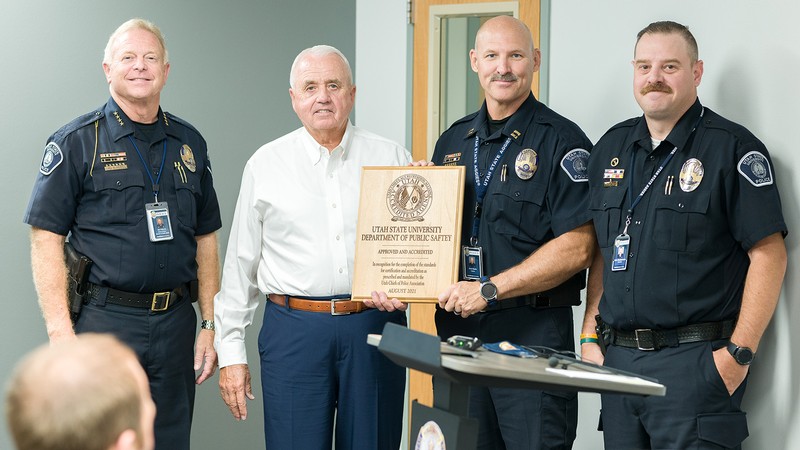 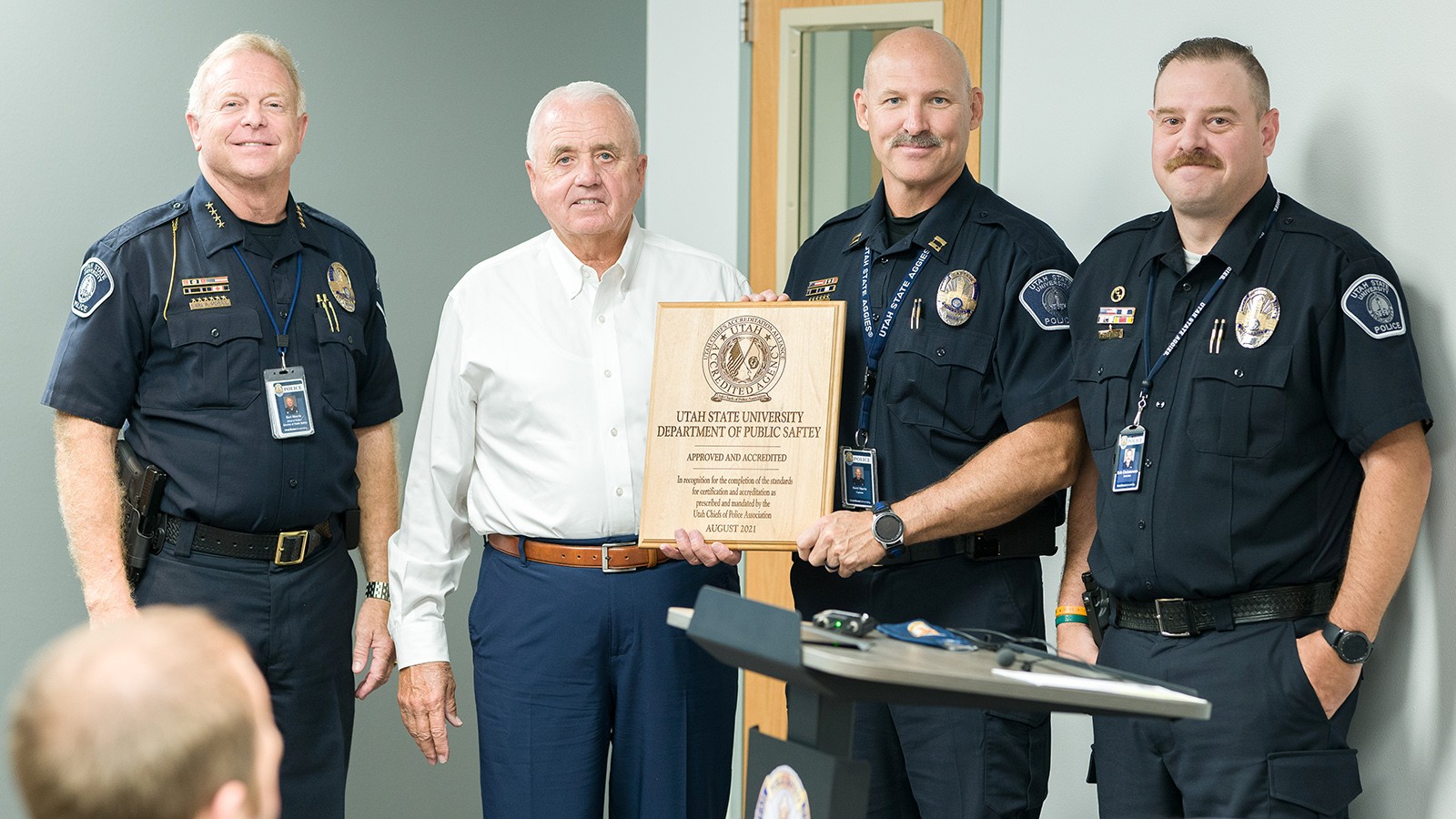 The Utah State University Department of Public Safety (DPS) police department is now an officially accredited agency, as approved by the Utah Chiefs of Police Association. USU becomes just the second university in the state to receive police accreditation and is part of the less than 10 percent of law enforcement agencies in the state to be accredited. The accreditation plaque was officially presented to DPS by Association Executive Director Val Shupe on Sept. 8.

The effort was spearheaded by USU Police Captain Kent Harris and represents nearly two years of effort on the part of several members of the department to meet the goal of accreditation. Harris brought the idea of getting accredited to Morris when Morris was first brought to campus. Harris was quickly put in charge of the effort.

“This accreditation makes sure our department is in compliance with policies that govern police departments in the state of Utah,” Harris said. “Every year, laws change. We no longer have policies that are out of date or that don’t comply with state law. As a law enforcement agency, we need to be at industry standard because we are held at a higher standard.”

Harris worked closely with Detective Erik Christensen to make sure the department evaluated each of its policies and brought them up to date with current standards. Harris credits Christensen for keeping the project on schedule, with all the other things the police department is tasked with throughout the year.

“I have to give a lot of credit to Detective Christensen,” Harris said. “He was the one that kept the ball rolling and from getting stagnant. He and I just kept this thing moving forward. It took more than a year to get everything up to date and in order.”

To receive accreditation, a law enforcement agency must be in compliance with all standards and requirements set forth in the state’s 32-chapter accreditation standards manual. In total, the manual has 173 standards, each with its own set of requirements.

“It’s nice to be on the leading edge of setting that example for our other university partners throughout the state,” he said.

Harris was quick to thank several people who made the process go smoothly, including the university administration. He also thanked his officers for being patient with changes as well as being quick to adopt change.

“I want to thank the members of our department for assisting through this process,” he said. “Our officers have been very patient with me with all these changes. I also appreciate the support from Dave Cowley. He’s given us a lot of support at the police department to do the things we need to do to get accredited.”

The department is now looking at the steps to receive federal accreditation and hopes to begin that process in the near future. 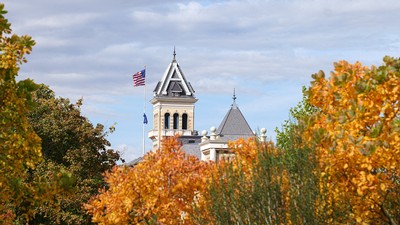 The university seeks submissions by September 30 for individuals who have shown sustained activity of uncommon merit, achieved a prominent career, or provided significant service beyond the normal expectations of their profession. 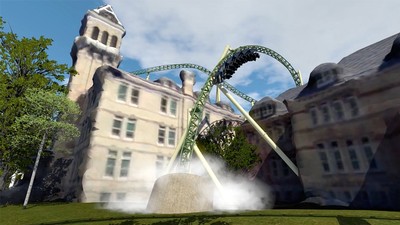