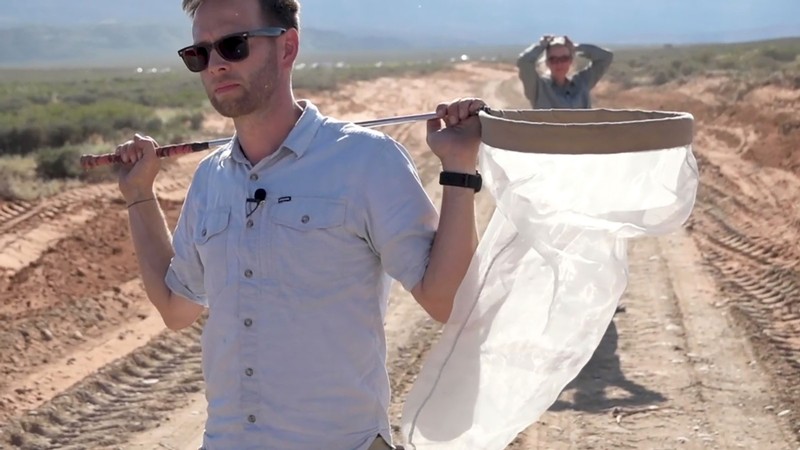 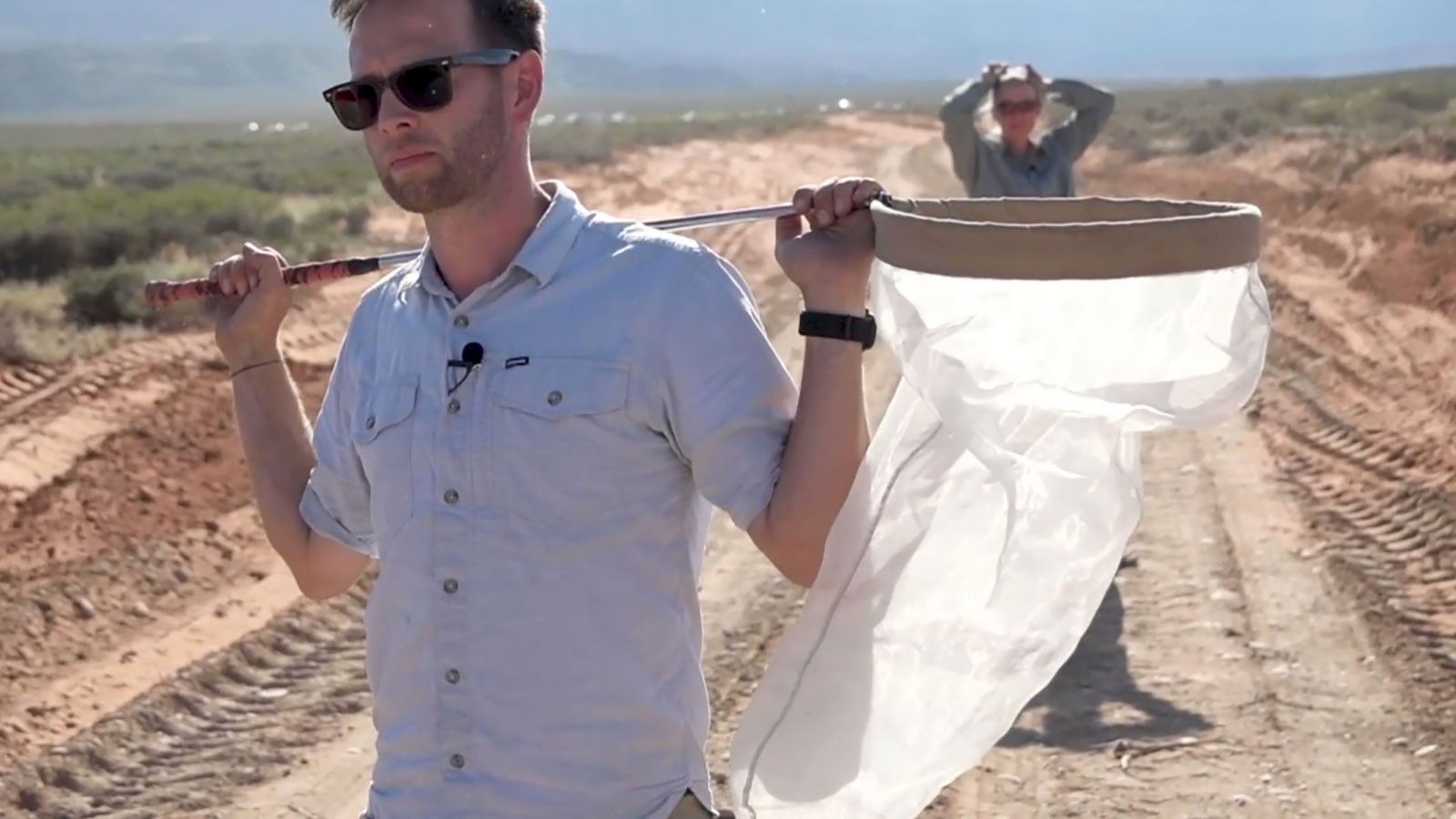 Does creation of a national monument preserve biodiversity?

Joseph Wilson, associate professor of biology at USU-Tooele and USU alumna Olivia Messinger Carril ’00, MS’06 return to the southern Utah national monument they’ve studied for decades, to see how this hot spot of bee biodiversity is faring in the wake of boundary reductions announced nearly three years ago by President Donald Trump.

“When I heard that Grand Staircase was going to be cut down in size, the strongest feeling was immense disappointment,” says Carril, a bee researcher based in Santa Fe, New Mexico, in the documentary’s trailer.

Wilson says many people view the desert landscape, located about 250 miles south of Salt Lake City and situated in the arid, sandstone Kaiparowits Plateau and adjacent canyons, as a “vast wasteland.”

“But this place is actually a habitat for a vast majority of Utah’s bee species,” he says. “We found that there’s more kinds of bees here than most other places in North America. Six hundred and sixty species of bees live in Grand Staircase-Escalante. That’s almost as many as the entire eastern United States.”

“We don’t know which of these bee species are important and which aren’t,” Carril says. “Are we really willing to tinker with that? I’m not.”

Independent filmmaker Matt Kelly, who successfully crowd-sourced funding for the project, produced and directed the documentary.

“We don’t have many other places like this in North America,” says Kelly, creator of The Bee Report podcast, newsletter and website. “We don’t have wild, primitive places that act as refuges. And the more we break them up, the greater disadvantage we are at, in terms of understanding how humans are changing the world.”

What’s known, he says, is certain bee species are in decline.

“The reason we know that is because we have a baseline – historical data,” Kelly says. “Without that comparison, you can’t demonstrate change. Grand Staircase is essential, because it’s a living lab for understanding bee-flower relationships that are the basis of every terrestrial ecosystem on the planet. And it allows us to compare the world as we’re changing it to the world as it would be, if left primitive and wild.”

The documentary’s free, Sept. 24 virtual premiere will be broadcast via Zoom at 5:30 p.m. Mountain time. Screening of the documentary is followed by a panel discussion, as well as a question and answer session. To register, visit the film’s website. 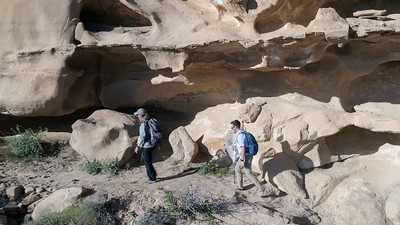 USU entomologists Olivia Carril, left, and Joe Wilson captured in a screen shot from the new documentary, 'The Bees of Grand Staircase-Escalante," which opens In a free, virtual premiere via Zoom Thursday, Sept. 24. Tony Di Zinno. 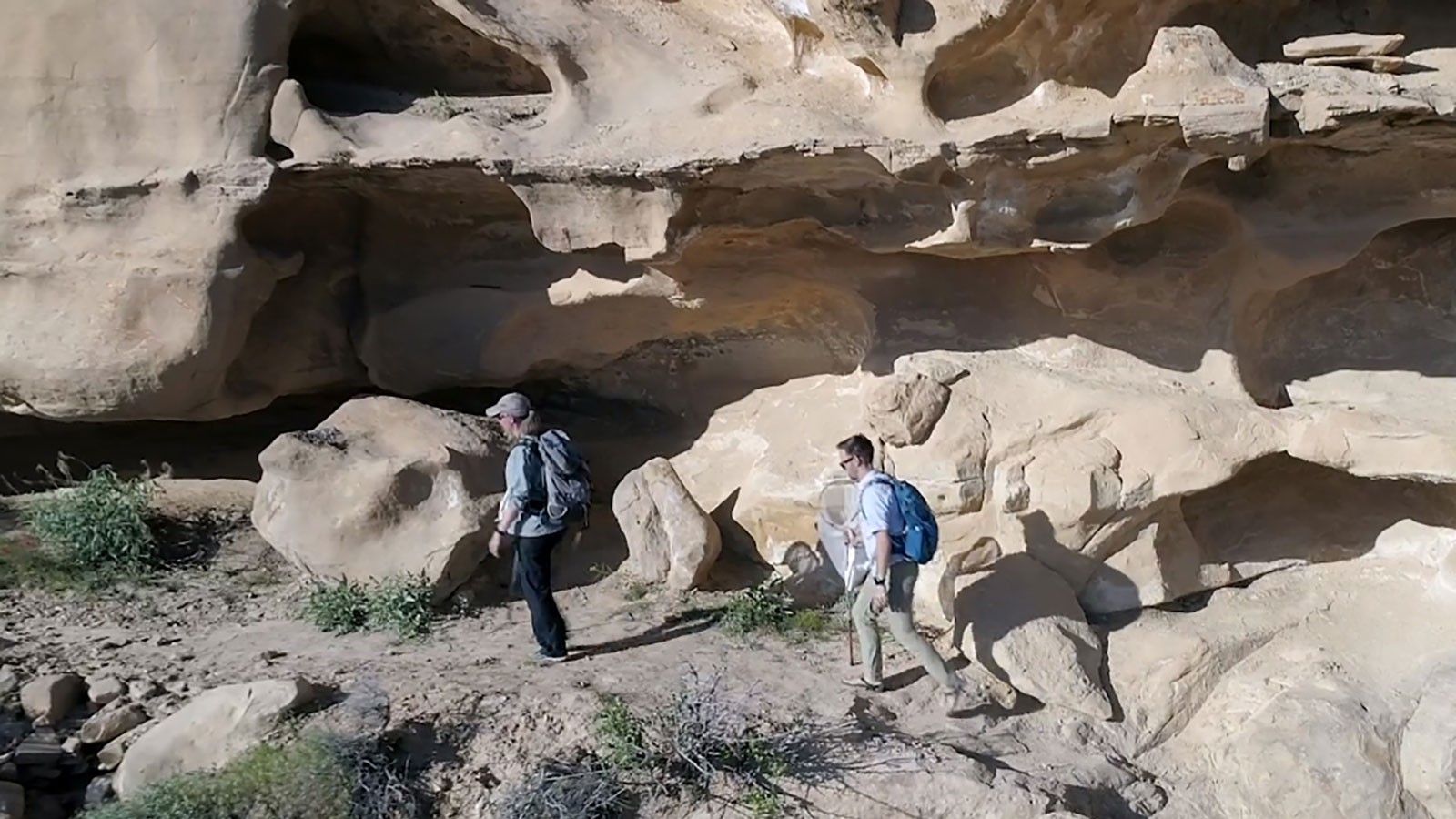 Innovative, practical solutions that support a thriving community are the basis for Utah State University's sustainability efforts, which saw an uptick in the 2020 fiscal year. 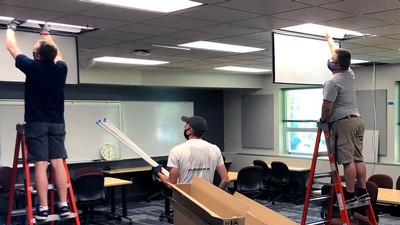 Today, scientists and water managers realize there is much less water available than once thought.