Utah State University geologist Joel L. Pederson received the Geological Society of America's 2005 Biggs Award for Excellence in Earth Science Teaching. Pederson, associate professor in the Geology Department of USU's College of Science, was recognized at the GSA's annual meeting Oct. 16-19 in Salt Lake City.
In a statement recommending Pederson for the award, a GSA nominating committee wrote, "Although all of the nominations this year were of high quality, Dr. Pederson's nomination was truly outstanding. The committee was impressed by ... Dr. Pederson's teaching ability and innovativeness, and by the strong letters of support from his colleagues, administrators, and current as well as former students. It is obvious … that Dr. Pederson is an outstanding teacher who is truly deserving of this award."
Pederson joined Utah State in 1999. In addition to his teaching endeavors, he is a geomorphologist who conducts research with students on the erosion of the Colorado Plateau. He currently has National Science Foundation grants to investigate the timing of erosion and uplift of the Plateau, as well as the formation of the Grand Canyon. He recently received a $335,000 grant from the U.S. Bureau of Reclamation to develop a plan to deal with the erosion of archeological sites along the Colorado River in the Grand Canyon.
Pederson earned a bachelor's degree in geology from Gustavus Adolphus College in St. Peter, Minn., and a master's in the same field from Northern Arizona University in Flagstaff. He completed a doctorate in earth and planetary sciences from the University of New Mexico in Albuquerque.
The Biggs award recognizes outstanding full-time undergraduate teaching by educators with less than 10 years of service. 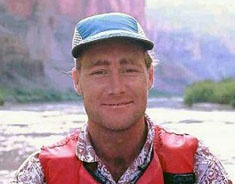 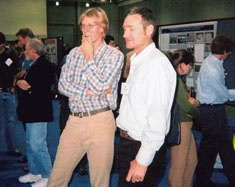