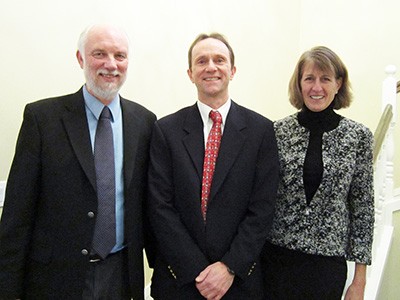 Serendipitous finds in the stacks of his local library led Utah State University scholar Chris Monz to pivotal revelations that would guide his future path not once, but twice. One of those books would spark interest in a lifelong hobby. The other would lead him to a key mentor and bear his name as a co-author in a future edition some 28 years later.

“If you’re going to pursue science, it’s got to be your passion – and your hobby, too,” says Monz, who recounted his professional journey with family and friends Dec. 15 at the USU President’s Home. “Opportunities are more robust than you think, but they’re not always obvious and you should follow your interests.”

His presentation, “Along a Path Less Traveled:  Reflections of a Recreation Ecologist,” was the seventh talk in the university’s 2016-17 Inaugural Professor Lecture Series. Coordinated by the Provost’s Office, the series highlights the accomplishments of faculty who have been promoted to full professor in the past year.

Monz, professor of recreation resources management in USU’s Department of Environment and Society, says his research in recreation ecology, with current interests focusing on the integration of biophysical science, soil science and park planning approaches, fills a specialized niche.

“From as early as I can remember, I liked science and the outdoors,” he says. “But it never occurred to me the two interests could be melded into a career.”

In his early teens, Monz stumbled on the library book, Basic Rockcraft by Royal Robbins, that fueled his passion for rock climbing. It was a skill he’d perfect in the climbing meccas of the Shawangunk Mountains, known by locals as “The Gunks,” near his hometown of New Paltz, New York.

He enrolled at the State University of New York at New Paltz, where he set his sights on chemistry, a discipline in which he’d excelled in high school, along with continued pursuit of rock climbing.

“My chemistry major required a lot of time in the lab, under a ventilation hood working with smelly, toxic stuff,” Monz says. “I longed to be outside, which pushed me toward ecology, botany and field biology.”

He switched his major to biology, landed a summer job as a ranger on a private preserve and discovered he loved managing people on the land.

“My aim was to maximize people’s outdoor experience, while minimizing damage to the landscape,” Monz says. “It was a great experience, but it still didn’t dawn on me I could pursue a career in science combining this interest.”

“I was working with outstanding researchers and publishing good science, but I still felt a personal disconnect,” Monz says. “I spent every spare minute rock climbing.”

While visiting a library, he stumbled upon the textbook Wildland and Recreation Ecology Management by William Hammitt and David Cole.

An opportunity to join the National Outdoor Leadership School in Lander, Wyo. led him to Cole and eventually allowed him to switch his doctoral focus to natural resources management and recreation issues.

Fast forward and Monz, who joined USU’s faculty in 2007, has applied his ecological science expertise to projects in the Arctic, Alaska, Patagonia, Baja and throughout the western United States, while building a robust teaching portfolio. He was awarded at 2013-14 Fulbright Scholar grant to Norway and named “2015 Researcher of the Year” in the Quinney College of Natural Resources. In 2015, he also joined Hammitt and Cole as co-author of the third edition of their textbook.

“My career has been rewarding because the path hasn’t always been clear,” he says. “To my students, I advise following your passion and surrounding yourself with the best teachers and colleagues you can find.” 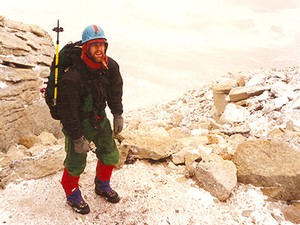 USU recreation ecologist Chris Monz, pictured during an expedition in the Andes Mountains of South America's Patagonia, urges students to follow their passion when choosing an academic and career path. 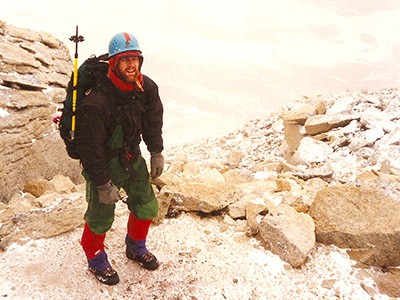