A Utah State University professor of marketing and the university’s vice president for business and finance represented the university at the American Association of University Administrators Summer Assembly. Kenneth Bartkus and Fred Hunsaker attended the national gathering that hosts universities from around the country to discuss new ideas in higher education administration. The assembly was June 26-28 in Salt Lake City.
Bartkus, a USU professor of marketing, received the John L. Blackburn Award for Exemplary Models of Administrative Leadership for his article “Fostering Student/Faculty Collaborations Through the ‘Research Group’ Model,” which highlights the general lack of — and need for — more undergraduate research programs in business schools.
The Exemplary Models Award is one of four awards given at the assembly. Named for former AAUA president and long-time general secretary John L. Blackburn, the award recognizes outstanding examples of college/university leadership that demonstrate creative solutions to common problems in higher education.
Bartkus’s description of the Research Group Model was featured in the fall 2007 issue of Council on Undergraduate Research Quarterly, a journal that provides useful and cutting-edge information about undergraduate research. Bartkus is a four-time USU Undergraduate Research Mentor of the Year award winner and an elected councilor in the Social Sciences Division of the Council on Undergraduate Research. In summer 2008, Bartkus will present his Research Group Model at the CUR Conference.
“This award brings distinction to the Jon M. Huntsman School of Business, which is engaging in innovative ways to move the school from excellence to preeminence,” said Brent Miller, vice president for research. “Dr. Bartkus has been a key player in leading undergraduate research in the school.”
Hunsaker, USU’s vice president for business and finance, co-presented at the conference with Ole M. Smith on regional issues in higher education. Smith is the assistant administrative vice president for physical facilities at Brigham Young University. Other presenters during the panel included Kim Wirthlin, vice president for government relations at the University of Utah; Stephen Woodhouse, president of LDS Business College; and Scott L. Wyatt, president of Snow College.
“The conference is a great opportunity to establish Utah State as a leader in innovative university administration,” said Hunsaker.
Founded in 1970 in Buffalo, N.Y., the AAUA is a professional organization that strives to develop and advance the standards for higher education administration. The organization consists of more than 500 college and university administrators in the United States and several foreign countries.
For more information on the AAUA, visit its Web site. 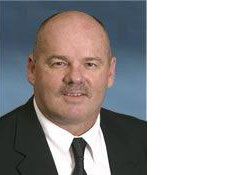 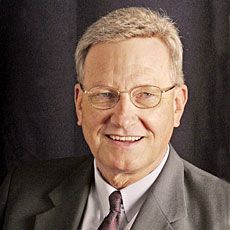 Fred Hunsaker attended the national gathering that hosts universities from around the country to discuss new ideas in higher education administration.