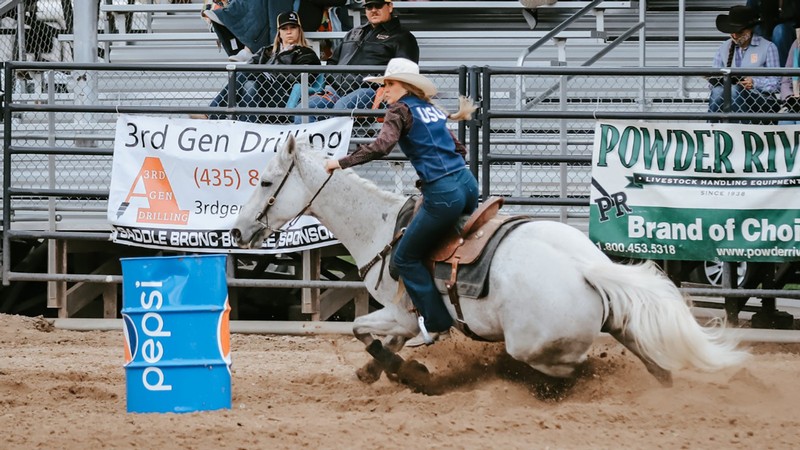 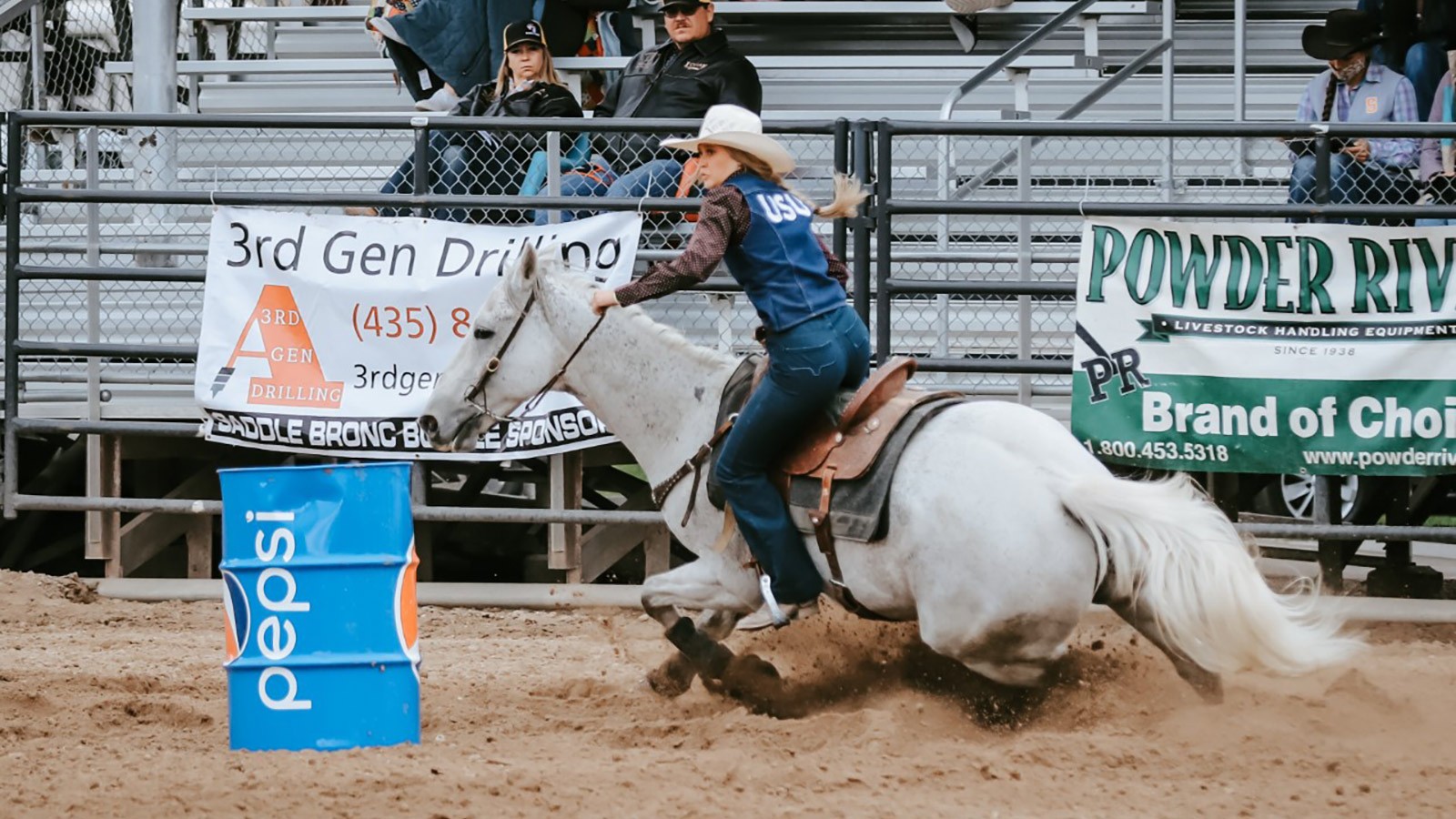 The Utah State University Rodeo Club is set to compete in the 2021 College National Finals Rodeo (CNFR), held June 13-19 at the Ford Wyoming Center in Casper, Wyo. The USU women’s team qualified by placing second in the Rocky Mountain Region, while two members of the men’s team will compete as individuals.

Jeffery Hall, USU’s head coach is extremely proud what the team has been able to accomplish. This will be Hall’s final season as coach, having led the team for the last 25 years. Hall was named the 2021 Rocky Mountain Regional Coach of the Year.

“In my last year as Head Coach of Utah State University Rodeo, I am very proud of the outstanding athletes that qualified for the CNFR,” Hall said. “I am also proud of the fact that these and prior athletes in this program are outstanding students academically.”

The women’s team is ranked seventh in the nation after a strong season that included a second-place finish in the regional competition. Freshman Macey Fillmore won the regional barrel racing event while also placing second overall in the all-around competition. The women’s team will also be represented by Alyssa Boyd (breakaway roping) and Emily Wadsworth (team roping). The men’s squad will be represented by Chase Goodey (team roping header) and Zayne Foy (steer wrestler).

“I think Utah State’s rodeo team killed it this year,” Boyd said. “We are one of the smallest teams that compete, and our women’s team was reserve champions of the entire region. We are sending three girls to nationals competing in a total of five events. Macey was reserve champion all-around cowgirl as a freshman! She also won the region in the barrel racing. That’s amazing!”

Competitors in the rodeo club are all full-time students who compete in several regional meets each year. Each event has anywhere from 30-50 competitors each from across 11 institutions in the Rocky Mountain Region, which is comprised of all schools in Utah as well Western Colorado. Rodeo club teams compete in 10 competitions each year, with 13 regions in all in the National Intercollegiate Rodeo Association. Contestants earn points for placing during these competitions. The top three individuals from each region qualify for the national finals, while the top two teams from each region also qualify as a team.

The first three rounds of the CNFR will take place over the first six days of the rodeo. Qualifiers will each compete three times. After each qualifier has competed three times, the top 12 in each event will compete at the finals on June 19. For more information on the CNFR, visit www.cnfr.com. For additional information on the USU Rodeo Club, visit www.usu.edu/campusrec/club_sports/rodeo_club. 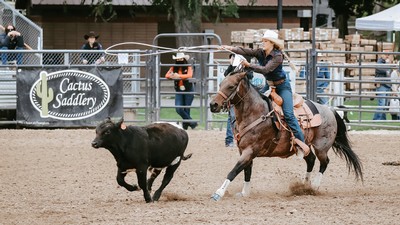 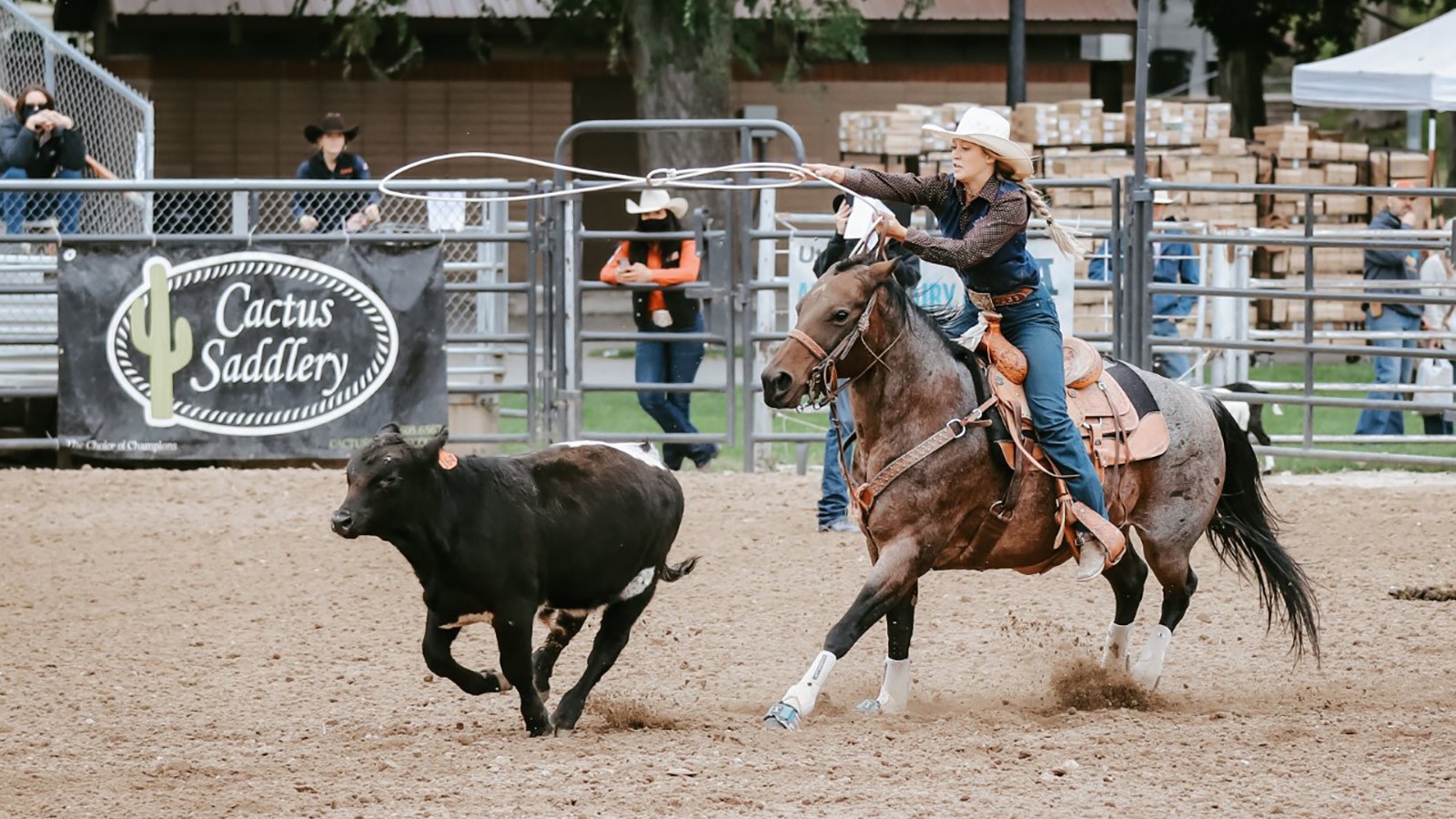 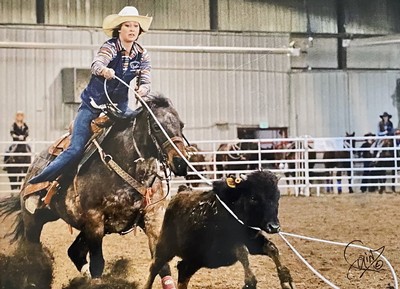 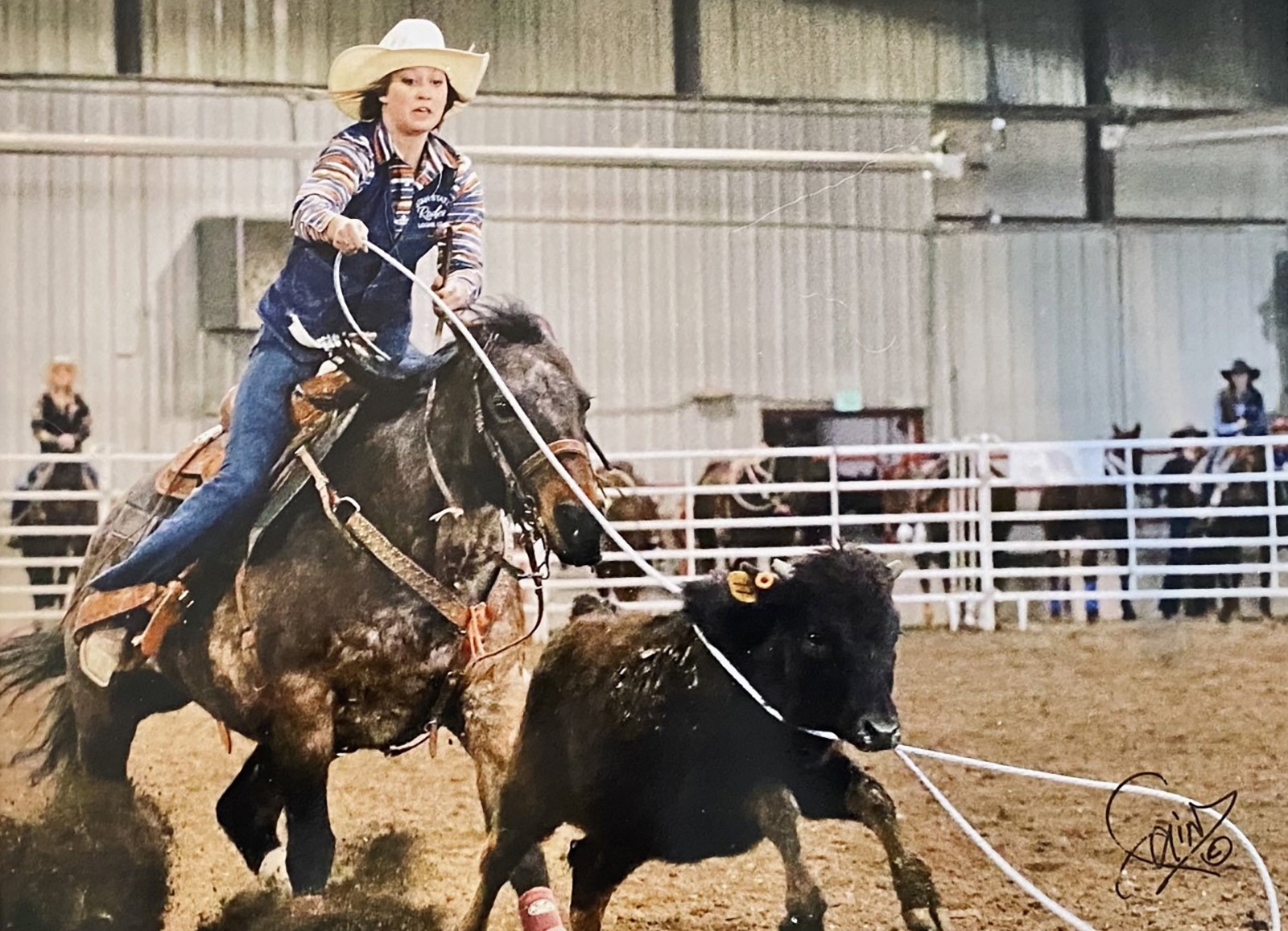 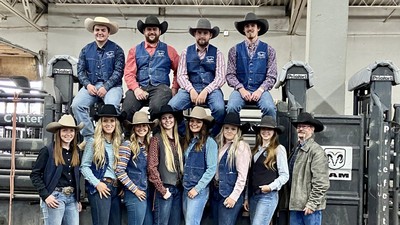 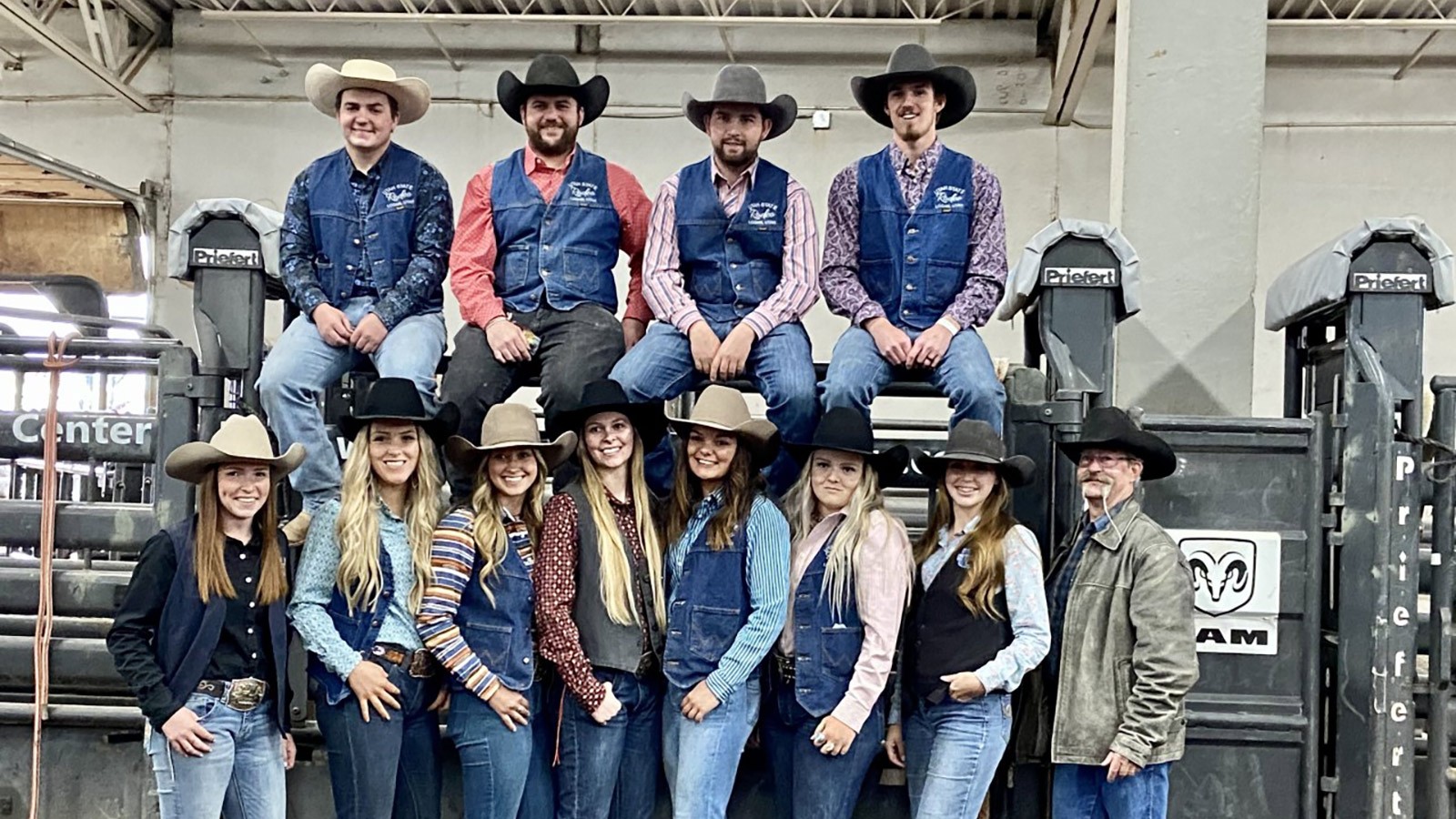 Meet Matthew Crump, a grad student in the civil and environmental program with an emphasis in transportation engineering. 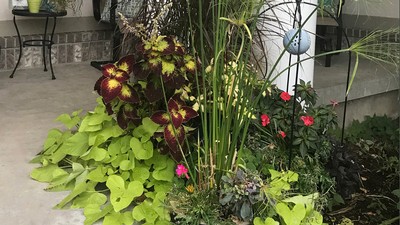