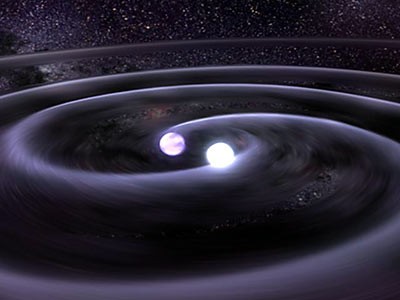 As Einstein predicted a century ago, scientists confirmed the existence of gravitational waves caused by the collision of black holes, as depicted in this NASA illustration. The findings provide a new way of probing the structure of matter.

Einstein was right. In the Feb. 11, 2016, issue of Physical Review Letters, a team of scientists announced they’d heard and recorded, for the first time, a long-predicted, but elusive phenomenon that’s sent ripples of excitement through the globe, including Utah State University’s campus.

On Sept. 14, the massive Laser Interferometer Gravitational-Wave Observatory, known as “LIGO,” detected gravitational waves that vibrated antennas at its facilities in Hanford, Washington, and Livingston, Louisiana. As Einstein imagined on paper 100 years ago, the waves were created by the collision of two black holes whirling through space more than a billion light-years away.

“When I first heard the news, I thought how lucky we are to be alive at a time when LIGO scientists confirmed Einstein’s prediction,” says physicist and USU College of Science Dean Maura Hagan. “It’s important for our students to know this long-awaited discovery was built on the persistent efforts of a team of talented scientists from multiple institutions, which relied on considerable investment from the National Science Foundation and international partners.”

“That gravitational waves have finally been directly measured is not the big deal,” he says. “What’s amazing about this discovery is the waves could be detected at all with earth-bound instruments and the relatively small size of the orbiting bodies that produced them.”

Detecting the waves in this manner, Peak says, provides a whole new way of probing the structure of matter that, until now, could not be directly studied.

How did the waves sound? Listen for yourself on this audio clip released by LIGO.

Among the LIGO founders credited with the breakthrough is Logan, Utah, native Kip Thorne, son of renowned USU faculty member and administrator D. Wynne Thorne and USU lecturer Alison Thorne. The Caltech physicist reported to media, “We’re seeing what I like to call the warped time of the universe for the first time.”

“I was actually asleep when the waves were detected at 5 a.m. on Sept. 14,” says Chamberlin, who joined the LIGO collaboration during graduate studies at the University of Wisconsin-Milwaukee, where she completed a doctorate in physics in 2015. “I woke up to a flurry of email messages.”

“When my colleagues and I received confirmation later in the day that LIGO had indeed detected the waves, we were beyond excited,” says Chamberlin, a 2008 Goldwater honorable mention recipient and 2009 Rhodes Scholar finalist. “But we had to sit on the information until last week’s official announcement.”

“I had wonderful mentors, including Charlie Torre and David Peak in physics, Ian Anderson and Mark Fels in mathematics and Shannon Peterson in political science,” she says. “They’re not only great teachers and researchers; they gave me the confidence to step out of my comfort zone and aim higher.” 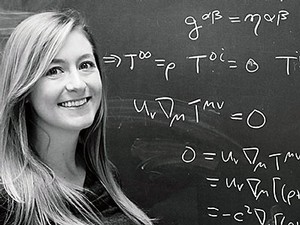 USU alum Sydney Chamberlin '09, a postdoctoral researcher at Penn State, is among Aggie participants in the LIGO Scientific Collaboration, which announced the ground-breaking discovery of gravitational waves on Feb. 11, 2016. 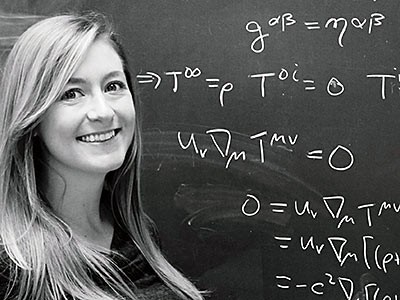